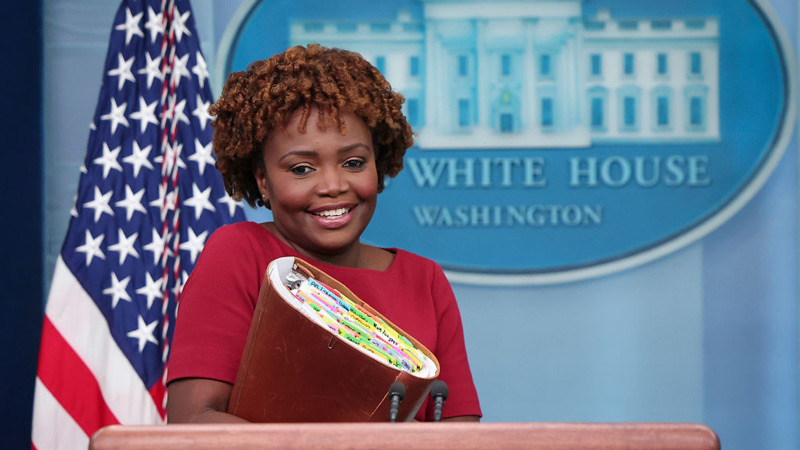 Speaking with reporters at the White House, Jean-Pierre told Americans the Supreme Court took away “a constitutional right” of women in the country.

She said, “It was an unconstitutional action by them, a right that was around for almost fifty years, a right that women had to make a decision on their bodies and how they want to start their families.”

The press secretary is not a lawyer, yet she decided to tell the public on behalf of the administration that the nation’s top legal minds gathered and came to an illegal conclusion.

Also on Wednesday, Sleepy Joe Biden signed an executive order allowing Medicaid to pay for women living in states where abortion is illegal to travel out of state for abortions.

The allegedly Covid-stricken Biden said he wished he could have been with Vice President Kamala Harris in person to sign the order.