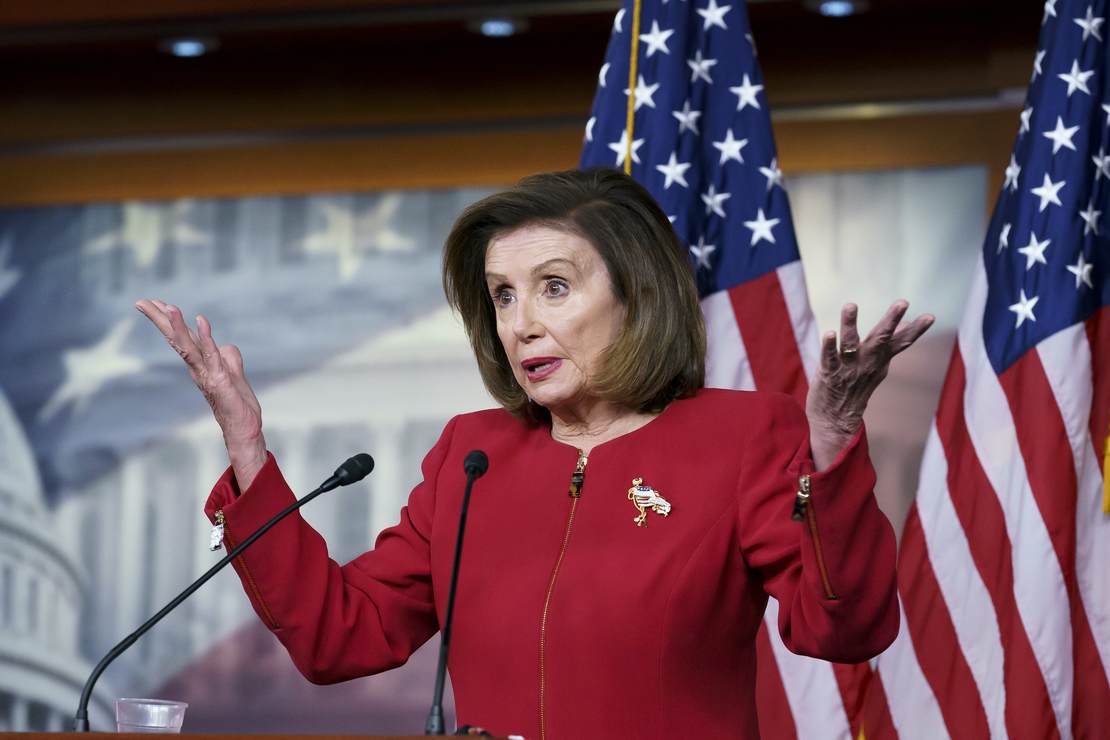 San Fran Gran is about to lose her job as Speaker of the House and she’s not going down without a fight. Or at least that’s the message she’s delivering to her fawning audiences back home in San Francisco. Nancy Pelosi is raising money and rallying Democrats to get out and vote to save democracy in the midterm elections.

Say what you will about Pelosi (and I do), she is the most successful fundraiser in Congress. Her ability to fill the coffers for Democrats has kept her in power even when Democrats grow tired of her geriatric death grip on House leadership. She knows a wave election is coming in November. Punchbowl is reporting that she hosted the ” single largest individual donor fundraiser in DCCC history” Tuesday night in San Francisco. This boast provided by a Pelosi aide, comes on the heels of favorable reporting on Republican fundraising. The counterpart to the DCCC, the National Republican Congressional Committee (NRCC) reports hauling in $40.9 million the past three months, which it says is its best January-March first quarter of fundraising ever. So, there’s that.

Pelosi far surpasses any other lawmaker when it comes to fundraising. The California Democrat raised a record $45.7 million for Democrats in the first quarter of this year. She has brought in a mind-boggling $1.16 billion since joining leadership 20 years ago, as we first reported earlier this month.

Earlier this week, Pelosi was a guest speaker for former Senator Barbara Boxer’s lecture series at UC Berkeley. Boxer launched the program in 2017 after leaving the senate and returning to California. Pelosi dredged up the riot on Capitol on January 6, because, of course she did, and told the college campus audience that they must help her save democracy because it is under assault. Democrats have very little to point to as justification for re-election since Biden took office so they depend on firing up audiences with claims that Republicans are destroying democracy, or something.

“All of us have to resume our responsibility,” Pelosi said at the event. “You came here today. You have some idea about what we can do to preserve our democracy.”

Pelosi called it a “supreme honor” to get sent by her own constituents to represent them at the Capitol, a “temple of democracy” that she said was under attack Jan. 6. She heavily condemned the riots, which she said disrupted a peaceful transfer of power by forcing Congress to temporarily halt its count of presidential electoral college votes.

Pelosi added she would “never forgive” the insurrectionists who stormed the Capitol and traumatized fellow Congress members and staff. She noted it was imperative to seek the truth of how events unfolded Jan. 6.

She’s just a patriotic gal, you see, working at the Capitol and will never forgive those who protested the 2020 election results. Boxer praised Pelosi for her role in certifying the election results. It was “a miracle”. “A miracle happened because you made sure the certification of the presidential election continued,” Boxer said at the event. “If you hadn’t done that, I don’t know where we’d be today.” A miracle? She was doing her job and fulfilling her obligations.

Then, by Wednesday night, Pelosi was slamming the Federal Aviation Administration (FAA) for its role in a very tense time on Capitol Hill. There is no rest for the wicked. Gird your loins, FAA. The Capitol was evacuated at 6:32 p.m. because of the appearance of an unidentified plane on the radar flight path. The alleged unidentified plane was circling south of the Capitol and not responding to communication, as reported by Punchbowl. As you might imagine, chaos ensued. It’s unclear exactly how many people were at the location to evacuate, especially given that so many members of Congress are out of town. Anyway, it turned out to be an overreaction. Capitol Police apparently weren’t notified by the FAA that it was “Military Appreciation Night” at the Washington Nationals stadium. The Army’s Golden Knights parachute team planned to jump onto the field, putting on a show for the baseball fans. Oops.

San Fran Gran issued a statement voicing her irritation with the FAA.

“The Federal Aviation Administration’s apparent failure to notify Capitol Police of the pre-planned flyover Nationals Stadium is outrageous and inexcusable. The unnecessary panic caused by this apparent negligence was particularly harmful for Members, staff and institutional workers still grappling with the trauma of the attack on their workplace on January 6th.

“Congress looks forward to reviewing the results of a thorough after-action review that determines what precisely went wrong today and who at the Federal Aviation Administration will be held accountable for this outrageous and frightening mistake.”

Maybe she can call for another commission to investigate, like the January 6 commission she set up. Where is her own accountability for the protest that devolved into a riot on Capitol Hill? Why didn’t she make sure there was security in place for Congress that day since it is a part of her job as Speaker of the House? Security is provided by the sergeants-at-arms of the House and Senate, and by the Capitol Police. The House sergeant-at-arms reports to the House speaker, in this case it was Pelosi.

Apparently, it was a human error. Why the Capitol Police evacuated the building in the first place is questionable. There was information that the plane took off from Joint Base Andrews in Maryland. The AP reports the pilot may have not properly reported taking off or had proper clearance. But, c’mon. Wasn’t this a failure of communication and an overreaction by Capitol Police? The plane took off from a military installation.

This is more communication failure coming from the Biden administration. The FAA is a federal agency, therefore under the supervision of the Biden administration. And, it was likely human error. After January 6, we were told that there has been an overhaul of security measures on Capitol Hill. Someone has some explaining to do. The overreaction by Capitol Police puts the effectiveness of the security reforms in question. Maybe Pelosi should stop shielding the Capitol Police and insist on a more competent police force.

Pelosi’s time as Speaker of the House is coming to a close. For that we can all be thankful. It’s time for her to go spend more time with her family.