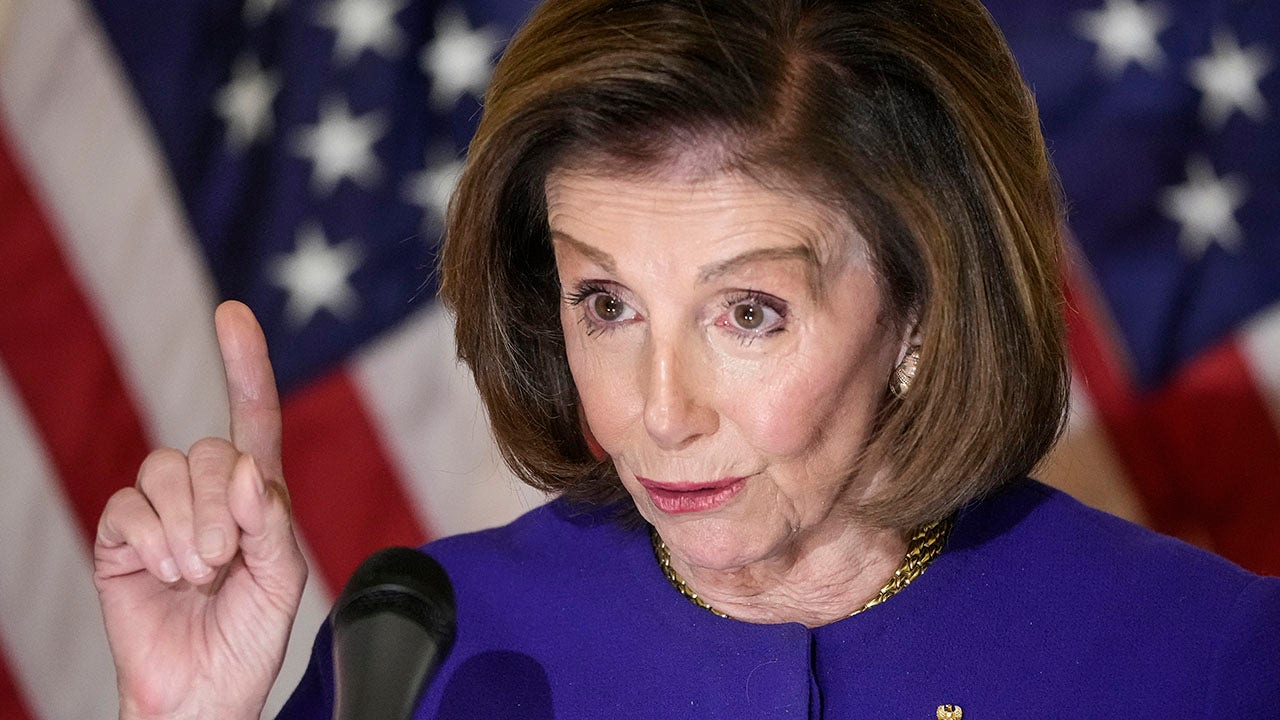 House Speaker Nancy Pelosi, D-Calif., suggested Tuesday that Americans are uninformed about President Biden’s agenda and what he has worked to do in the White House, but concluded that those who call the United States home are “blessed” to have him as president.

Asked for a reasoning behind Biden’s “decline” in polling on certain issues, including COVID-19 and inflation, Pelosi told MSNBC host Andrea Mitchell that she believes the president’s work is misunderstood and that his State of the Union address will be “very important” because it will provide him an opportunity to talk about it.

Speaker of the House Nancy Pelosi meets with reporters at the Capitol in Washington on Sept. 8, 2021.
(AP Photo/J. Scott Applewhite)

“For people to appreciate what the president has done, and that working together with the Congress, they have to know what it is,” Pelosi said, referencing a quote from President Abraham Lincoln on the values of “public sentiment.”

“With it you can accomplish almost everything, without it, practically nothing,” Pelosi said, echoing Lincoln’s view on public opinion. “But people have to know for public sentiment, too.”

Noting that “people still are suffering” in America, Pelosi said the “issues that relate to the well-being of the American are being well-served” under Biden. “There’s no one more empathetic than Joe Biden,” she said. “There’s no one who cares more. We’re so blessed that he’s president at this time because we do have to build America better and that’s what he is doing.”

Following updated guidance from the Centers for Disease Control and Prevention, Pelosi also told Mitchell that she would be ditching her face mask to attend Biden’s address to Congress and America at the Capitol on Tuesday evening.

“I’m not going to be wearing a mask tonight. If I had little children or if I were around little grandchildren, I would, because some of them would not be vaccinated,” she said. “Or if I were around a person, or was a person, with some kind of condition that would make me susceptible to it.”

Announced Sunday by Congress’ Office of the Attending Physician, the Capitol lifted its mask requirement on the House floor just days before Biden’s speech.

Once a large proponent for masking in the House chamber, even issuing fines to sitting members of Congress who refused to wear one, Pelosi said she now believes people “have to use their judgment” when determining whether to wear a mask to the address.

House Speaker Nancy Pelosi wears a face mask as she hosts a visit by King Abdullah II of Jordan, at the Capitol on July 22, 2021.
(AP Photo/J. Scott Applewhite)

“I’ll make my own judgment that I won’t be wearing a mask tonight,” Pelosi reiterated.

Last week, Pelosi told reporters that it was important for Americans to understand the “brilliance” of Biden’s response to the Russian invasion in Ukraine.

“I think it’s really important for people to understand the brilliance with which President Biden is conducting this,” Pelosi said at the time, per Fox News congressional correspondent Chad Pergram. “This is a man who served decades as chair of the Foreign Affairs Committee. He knows the arena. He knows the personalities.”