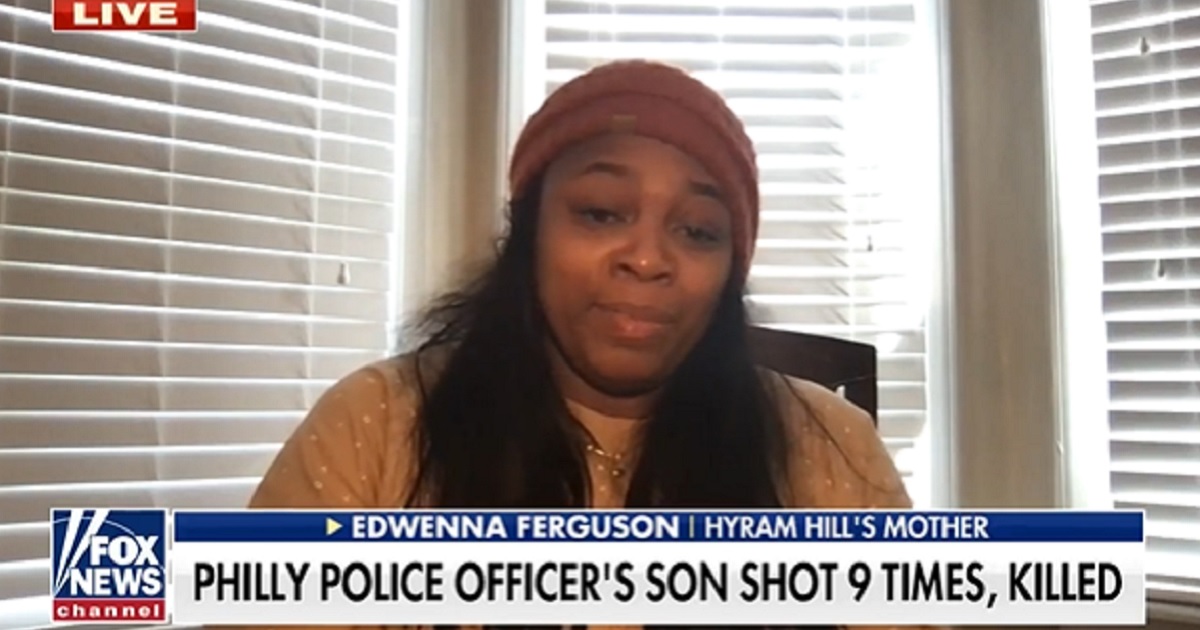 Leftist movements like Black Lives Matter have attempted to demonize police officers for their own political gain. On Monday, one Philadelphia police officer fought back.

According to Fox News, Edwenna Ferguson has been a police officer in Philadelphia for 17 years. Her 23-year-old son, Hyram Hill Jr.. was brutally murdered Jan. 2. He was shot nine times in what was originally considered a robbery, but police are now saying was a targeted killing by two gunmen, according to KYW-TV.

As Ferguson grappled with the emotions of losing a son, she went on Fox News’ “The Faulkner Focus” on Monday and told her story.

“Raising a black man in Philadelphia is hard, because, my mother used to say, ‘Doing the wrong thing is so easy to do. Doing the right thing is hard,’” she told host Harris Faulkner. “But he always tried to do the right thing.”

Ferguson said her son showed great respect for her. One example she gave was his willingness to honor her request and not get a tattoo.

“It’s hard to find a 24-year-old that doesn’t have a tattoo,” Ferguson said. “But I begged him … And my son died doing what his mother asked him to do.”

Hill mentored troubled teens, was about to get his bachelor’s degree, and was expecting a daughter, Fox News reported. All of that was taken away by his killers.

Yet even amid her grief, Ferguson said the response from her fellow police officers has made her proud of her profession. She said her own experience as a police officer has taught her how hard officers work to seek justice after a crime like this.

Do you respect police officers?

“I’m thankful to be a police officer now, because I know (the) inside, so I know that they are doing everything they can,” Ferguson told Faulkner.”Nobody is sleeping until they get justice for my son.”

While leftists would have Americans believe the myth that police officers are systemic racists bent on killing black Americans, Ferguson is a black woman who has seen the inner workings of a major police department.

While there are certainly bad police officers out there, she has seen that the majority of cops are good citizens who want justice.

“People look at police and they hate the police, they don’t like cops,” Ferguson said. “But we are human.

“They let one seed ruin the whole bunch, but we have feelings, we have families, we have babies, we have children. We’re just like you. But we put on a uniform every day to go to work.”

While no one should ever have to go through the pain of losing a child, Ferguson sent a powerful message while enduring this tragedy.

She is a black American who lost a son, and she is in the exact demographic — urban, minority — that leftists would target with their lies in an attempt to demonize police.

Instead, she said the tragedy only increases her respect and gratitude for the police. Her experience flies directly in the face of the narrative the left wishes to push forward.