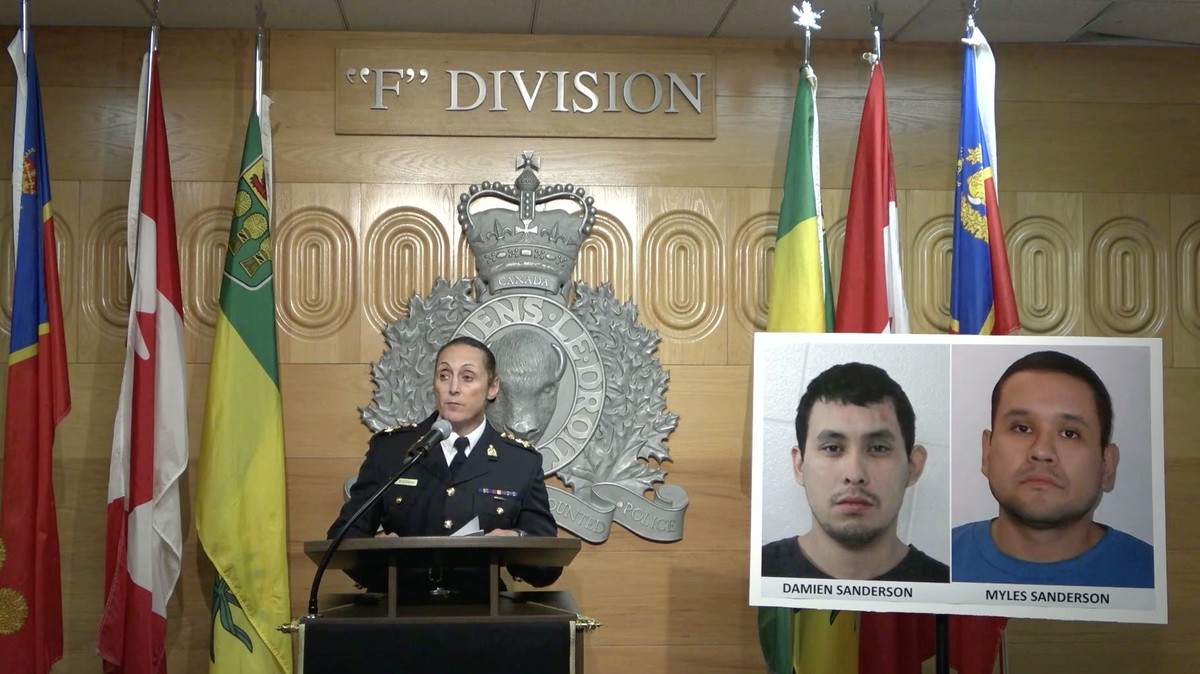 The prime suspect in one of the deadliest killing sprees in Canada’s history is still at-large as the manhunt stretches into its fourth day.

The RCMP, Canada’s federal police force, have named 30-year-old Myles Sanderson as a suspect in a stabbing rampage that left 10 people dead and 18 injured Sunday in and around the rural communities of James Smith Cree Nation and the village of Weldon in Saskatchewan, Canada. Most of the victims were in the Indigenous nation, and local Indigenous leaders called a state of emergency following the event.

Sanderson’s brother Damien, 31, was also named a person of interest but was later found dead in a grassy patch near James Smith Cree Nation with injuries that do not appear self-inflicted, police said. His body brings the death toll up to 11.

Myles is still on the loose and could be anywhere. He could be travelling by car in a black Nissan Rogue with the Saskatchewan license plate 119 MPI. A former RCMP officer told CP24 that the vast space of the Canadian Prairies could make locating him hard.

“This is a huge area, and there’s a whole lot of nothing,” retired RCMP officer Sherry Benson-Podolchuk told CP24. “There’s a lot of places people can hide.”

Police thought the man, who’s described as 6’1″ with brown hair and brown eyes, may have fled to Regina, but reports arose Tuesday afternoon that he may have been hiding in James Smith Cree Nation.

“Police received information that is leading us to believe that he may no longer be in Regina,” Regina Police tweeted Tuesday evening.

Emergency alerts warning people of a dangerous person have been issued in Saskatchewan, as well as in neighbouring provinces Alberta and Manitoba since Sunday.

People are advised not to approach the suspect if they think they’ve spotted him and instead call 911.

“Police still consider Myles to be armed and dangerous,” read the latest Saskatchewan RCMP media release. He’s facing three counts of first-degree murder, one count of attempted murder, and one count of breakin and entering.

Myles has a violent past with dozens of convictions over the last two decades, including domestic assault, attacking two men with a fork, and beating a man unconscious. He’d been on the run from authorities since May after missing several meetings with his parole officer, according to the RCMP. He was on statutory release after serving most of his sentence. He had a lifetime prohibited weapons ban because of his past. Parole board documents also highlight his traumatic childhood, during which he endured physical abuse, and early use of drugs and alcohol.

“The uncertainty continues to cause immeasurable stress and panic among our families, friends, and neighbours,” Cameron said. “They have already gone through enough. We must do everything we can to help end this tragedy without any more loss of life.”

As the search continues, James Smith Cree Nation is left grappling with the devastating loss of several of its members.

Among the dead is Lana Head, a 49-year-old from James Smith Cree Nation. She leaves behind two daughters, Sable, 31, and Sage, 30, CBC reported. The broadcaster also identified Wes Petterson, 77, of Weldon, and 62-year-old first responder Gloria Burns. Burns’ siblings told CBC that she was killed while responding to an emergency during the string of stabbings.

Police haven’t given a motive. Officers believe some victims were targeted, while others were attacked at random.

Mack Lamoureux contributed to this report.