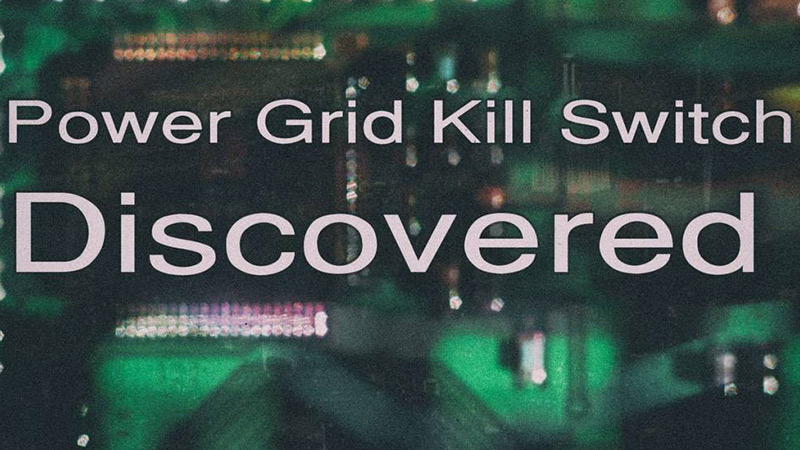 The next clandestine move from the architects of the Great Reset following the Plandemic Vaccine rollout that is slowly happening in killing millions as I speak is cyberwarfare.

And just as the Plandemic was publicly forecasted amongst its conspirators months before its rollout, so too it goes with the coming Cyber Warfare predictive programming of the flip of the Power Grid Kill Switch.

But which governments have embedded what is known as the Swiss Army knife of malware into critical infrastructure?

All signs point to the United States Government.

This move would plummet civilization into chaos and total submission unless you are one of the few that has already made preparations.

Join the fight for humanity’s soul at Saveinfowars.com: