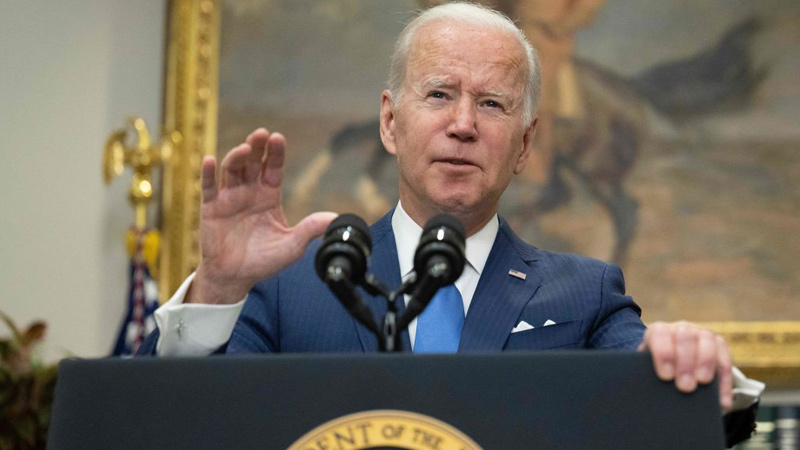 President Biden will deliver remarks this morning to explain why US taxpayers need to send another $33 billion of “aid” to Ukraine to “Support Ukrainians Defending Their Country and Their Freedom Against Russia’s Brutal War.”

As AP reports, Biden’s latest proposal – which the officials said was expected to last for five months – has more than $20 billion in military assistance for Ukraine and for bolstering defenses in nearby countries.

There is also $8.5 billion in economic aid to help keep Ukrainian President Volodymyr Zelenskyy’s government functioning and $3 billion for food and humanitarian programs to help civilians and other spending, said the officials, who briefed reporters on condition of anonymity because they weren’t authorized to speak publicly.

The proposal would more than double the initial $13.6 billion package of defense and economic aid for Ukraine and Western allies that Congress enacted last month.

Biden last week warned that $6.5 billion earmarked for security assistance for Ukraine could soon be “exhausted” and that Congress would need to approve supplemental funding. More than half of the approved money for weapons and equipment for Ukraine’s military has already been drawn down.

It seemed to signal a long-term U.S. commitment to staving off Russian President Vladimir Putin’s attempt to expand his nation’s control of its neighbor, and perhaps beyond.

We have one quick question – how many billions of dollars does it take to turn a ‘proxy’ war into a ‘direct conflict’?

As Politico’s Christopher Miller noted, this proposal “dwarfs the annual defense budgets of most nations.”