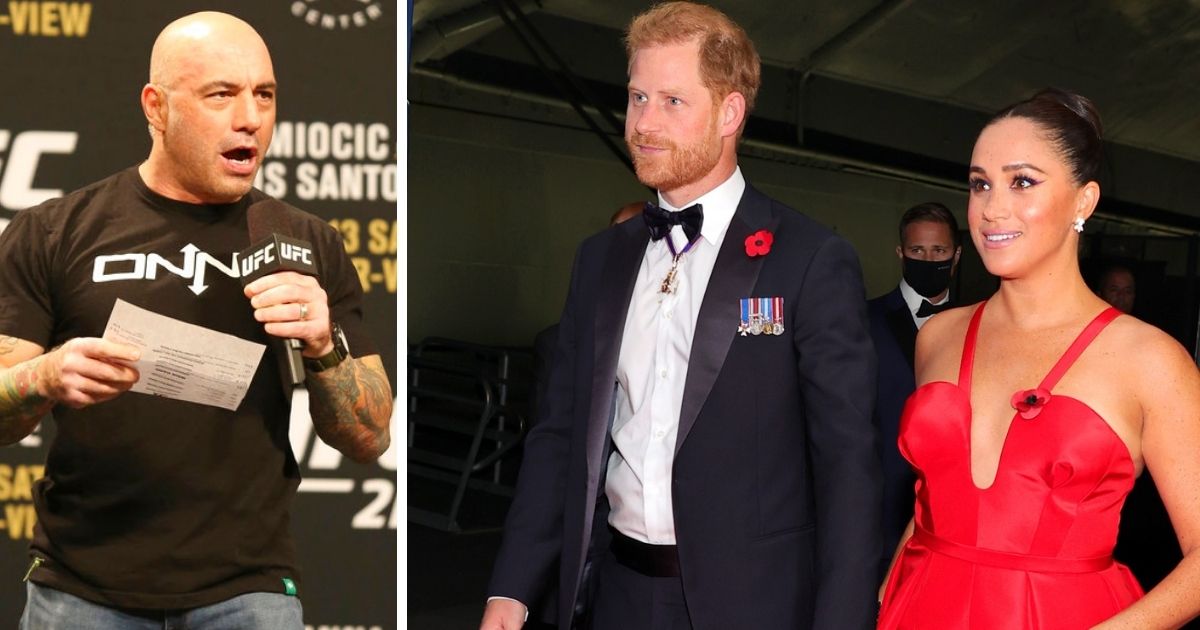 After a tumultuous year that brought heaps of criticism on his family, Prince Harry has apparently decided to “lay low,” an expert on the royal family reported.

According to the UK Daily Mail, Harry and his wife Meghan Markle are currently living in a $14 million mansion in California. The couple made a very public exit from royal duty in January 2020.

After the exit, the two publicly criticized the royal family in multiple interviews. In one appearance, Harry accused an unnamed member of the family of racism, the Daily Mail reported.

When news of the couple’s departure from England became public, many people were split in their reactions. One prominent critic of the move was American podcast host Joe Rogan.

In a recent article from The U.S. Sun, Rogan’s criticisms of Markle resurfaced. Rogan was mimicking the Queen during a January 2020 interview with former CIA agent Mike Baker.

Harsh as it may sound, Rogan’s criticisms of Markle are not without merit. Before her marriage to Harry, Markle was a small-time actress in some unflattering roles.

In the episode, Markle was depicted in a car, performing a sex act on a character named Ethan, who was played by Dustin Milligan.

Did Harry and Megan handle this situation poorly?

While a raunchy scene from a television show does not define a person, it may give a bit of insight into Markle’s motivations. As a former actress, she has shown a willingness to betray family members for the prospect of fame and attention.

If Harry and Megan had concerns about the royal family’s behavior, the Biblical thing to do would have been to address it with them directly. This is especially true for Harry, given God’s mandate to honor your father and mother.

Instead, the couple decided to make a big scene about their split with the family and then start making allegations against them to major news outlets.

Allegations of racism should be discussed with the offending party, especially when that person is a family member. There was no need for Harry to publicly accuse someone of such behavior, but it is possible he and his wife were seeking fame and publicity by criticizing their family.

Two years after leaving the royal family, it appears Harry may have seen the error of his ways.

“Whether Harry has regrets or not, I don’t know, but what I do know is that he has a history of lashing out at the establishment before,” Nicholl said. “He’s talked about his ‘accident of birth’ and the ‘burden of the crown.’

“He’s been critical in the past, but then goes quiet. I think since last year he’s paused and reflected. And he’s realized how much last year took a toll on his grandmother, and doesn’t want to cause any more upset, so is laying low for now.”

Whether it was criticisms from people like Rogan or a spontaneous change of heart, something must have made Harry think twice about publicly lashing out against his family.