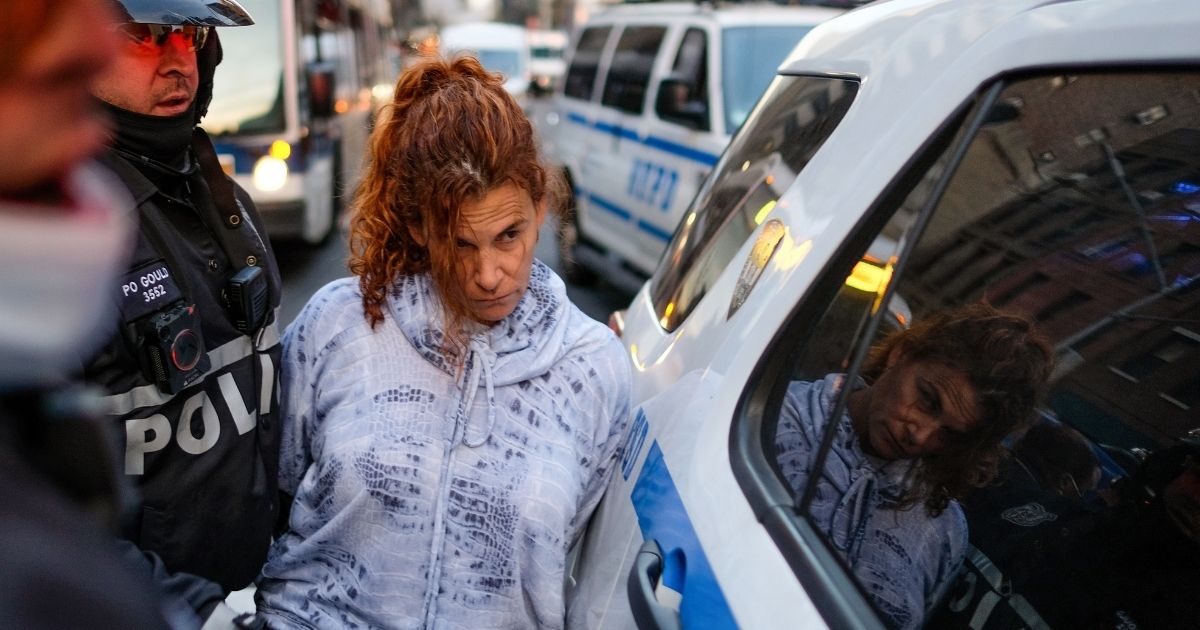 A year ago, Kathleen Casillo drove through a crowd of protesters in Midtown Manhattan.

On Dec. 11, 2020, Casillo was out shopping with her 29-year-old daughter. When she came upon the Black Lives Matter protest, she accelerated and drove through the crowd, according to the New York Post.

The incident was caught on video.

WARNING: Some viewers will find the following video disturbing.

Now, a year later, Casillo has rejected a plea deal offer and wants to stand trial.

Casillo says the protesters attacked her, calling her a “white privilege b****” and banging on her car, the Daily Mail reported. So she panicked and hit the gas.

“I feel sick,” Casillo told the Mail. “I never intended on hurting anyone. I just feared for my daughter’s life more than anybody. I thought they were going to pull her out of the car.”

Do you think Casillo’s case is comparable to Kyle Rittenhouse’s?

At first, Casillo was just given a ticket. She was later charged with reckless assault and reckless endangerment.

The deal that Casillo turned down would have resulted in six days of community service and the suspension of her license for a year.

As she made her first appearance in court on Wednesday, protesters gathered outside.

One of the protesters struck by Casillo made an appearance outside court and accused her of being a white supremacist.

“It’s white supremacy that allowed Kathleen to believe she had the right to end the lives of anyone that got in her way, especially BLM protesters.”

But Casillo’s attorney, Oliver Storch, told the Post that “this is not a racial incident” and that “not all accidents are criminal.”

“This was an angry mob that descended upon this mother and her daughter, and she panicked,” he said, adding that the protesters had stood on Casillo’s car and appeared ready to smash the windows.

Storch said his client is “deeply, deeply concerned and feels very bad for anybody who was injured.”

“But there is no criminal liability here. There was nothing reckless about her conduct,” he said.

Comparing Casillo to Kyle Rittenhouse is rather dishonest. But at least their leftist critics are consistent in branding them as white supremacists without a shred of evidence.