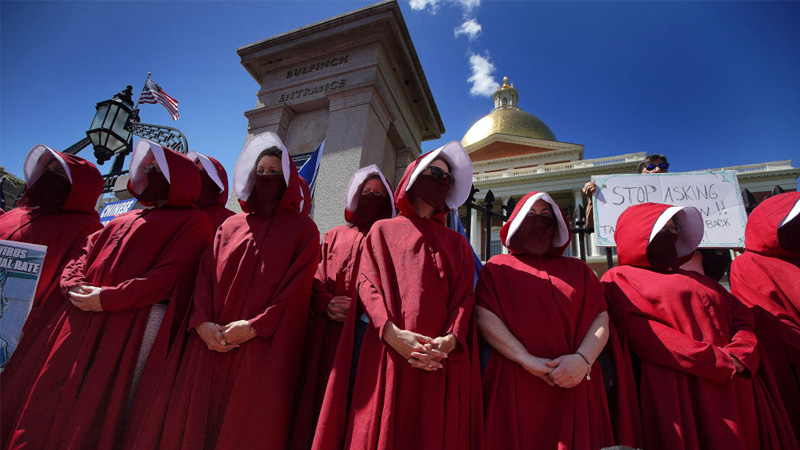 A radical far left group is organizing a march near the homes of conservative SCOTUS justices following a leak indicating a likely vote to overturn Roe v. Wade.

The group Ruth Sent Us is urging leftists to “rise up” against the “six extremist justices” by participating in a “walk-by” next Wednesday.

“ANNOUNCING: Walk-by Wednesday, May 11, 2022!” the group declares on their website. “At the homes of the six extremist justices, three in Virginia and three in Maryland. If you’d like to join or lead a peaceful protest, let us know.”

An interactive Google Map published by the group purports to show approximate addresses of the six conservative justices, including Chief Justice John Roberts, whose supposed conservative leanings have been subject to scrutiny.

The group details its goals on its website, stating, “Our 6-3 extremist Supreme Court routinely issues rulings that hurt women, racial minorities, LGBTQ+ and immigrant rights. We must rise up to force accountability using a diversity of tactics.”

The group also claims the waypoints marked on their map do not show the exact locations of the Justices’ homes, however concerns have been raised that a radical activist could at some point be driven to violence by the impending SCOTUS ruling.

We ENTERED the GPS coordinates to create the pins, dumdum. We made them up to be close to the Christian fundamentalist homes, but not AT them.

“We hate to say this, but some abortion fanatic could decide to commit an act of violence to stop a 5-4 ruling,” the Wall Street Journal editorial board wrote Tuesday, adding, “It’s an awful thought, but we live in fanatical times.”

Despite promises of a peaceful protest, the march is clearly intended as an intimidation tactic meant to pressure the Justices into backing out of their decisions.

Interestingly, the group’s namesake, late Justice Ruth Bader Ginsburg, was critical of Roe arguing it “halted a political process that was moving in a reform direction and thereby… prolonged divisiveness and deferred stable settlement of the issue,” as highlighted in Justice Samuel Alito’s recently leaked opinion.

The Supreme Court Public Information Office did not immediately return Infowars’ request for comment as of writing.