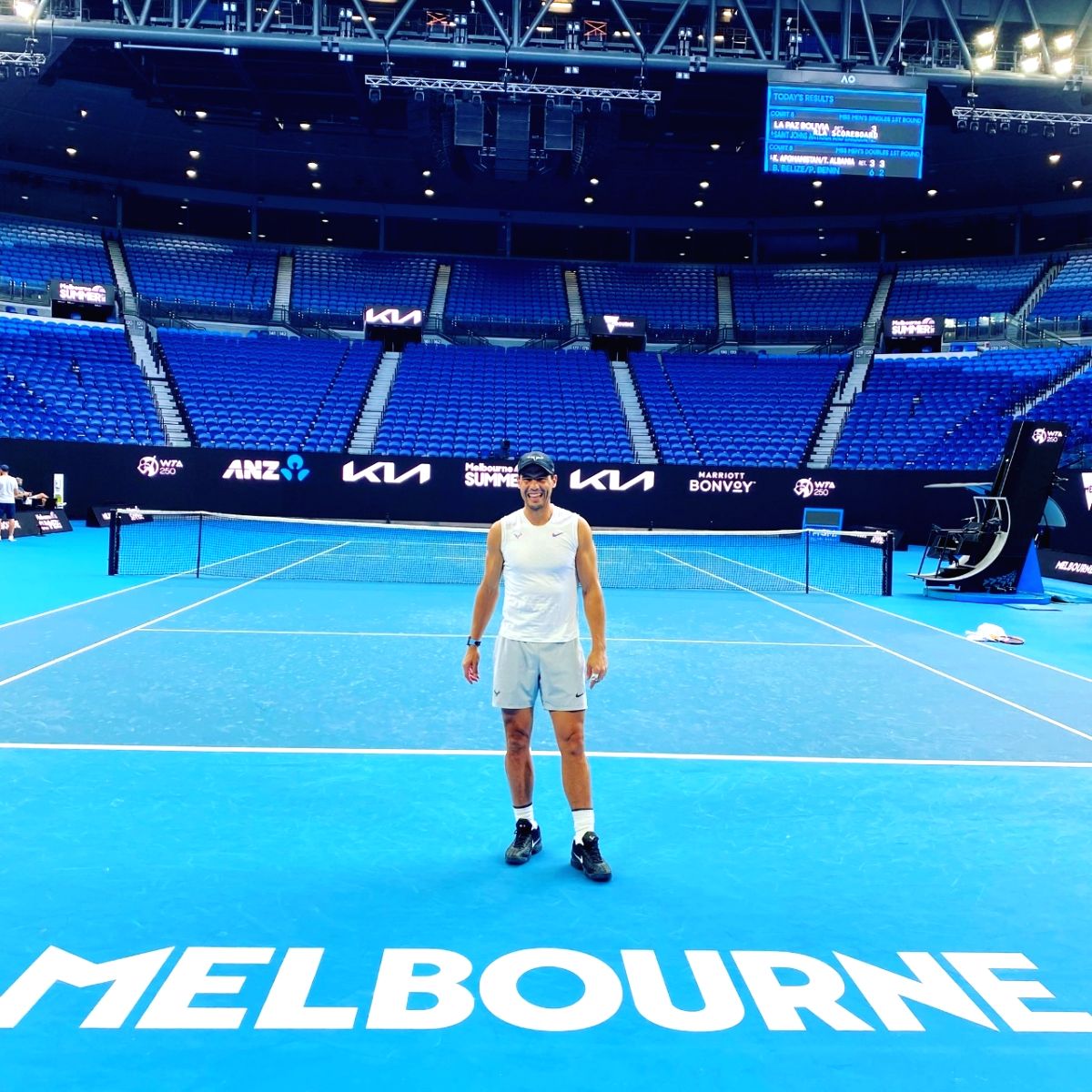 Nadal, whose maiden title at Melbourne Park came in 2009, had ended the 2021 season early after a recurring foot injury had forced him to withdraw from the US Open.

He returned to action at the Mubadala World Tennis Championship in Abu Dhabi in the third week of December and tested positive for COVID-19 upon arrival in Spain. Nadal had then informed that his RT-PCR test has returned positive and he is experiencing ‘unpleasant moments’, leading to speculation that he might not compete at the Australian Open.

However, he posted an image of him standing on the blue Melbourne court on Friday and tweeted, “Don’t tell anyone…here I am.”
Soon the tweet went viral, with thousands of fans wishing him success.

“Welcome Rafa,” tweeted a fan, while another said, “Yayyyy can’t wait.”
With Roger Federer missing from the season-opening Grand Slam due to a keen surgery, and Serbian World No. 1 Novak Djokovic yet to confirm his participation, the Australian Open was desperately looking for some big names, and Nadal’s presence would give them a lot of comfort.