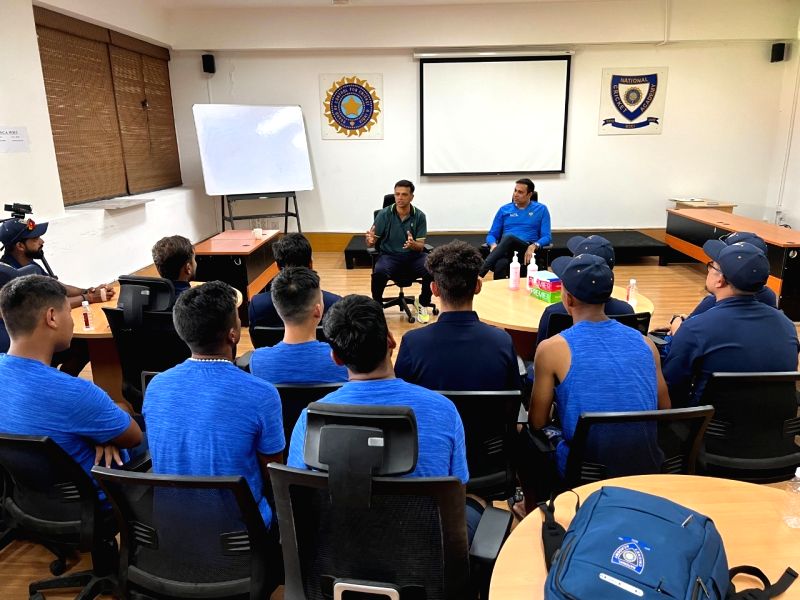 Dravid, who has previously worked with budding cricketers as India U-19 coach and then as the NCA chief, shared his words of wisdom with the players, who are having the camp for around ten days under the guidance of VVS Laxman, Head Cricket NCA and world renowned coaches.

“Fabulous Fridays with the #TeamIndia Head Coach, Rahul Dravid and @VVSLaxman281, Head Cricket NCA, at the NCA,” tweeted BCCI along with the pictures.

The 47-year old Laxman, who has succeeded Dravid at NCA, was also part of the interaction on Friday and thanked his friend for sparing his time to speak to the players.

“Many thanks to my good friend & Team India head coach Rahul Dravid for having taken the time to speak to players from the North East & Plate group attending the NCA camp in Bengaluru. I am sure the boys would have welcomed the chance to take a peek into Rahul’s mind,” Laxman said in a tweet.

Notably, Dravid is currently not on national duty with the IPL 2022 running till May 29.