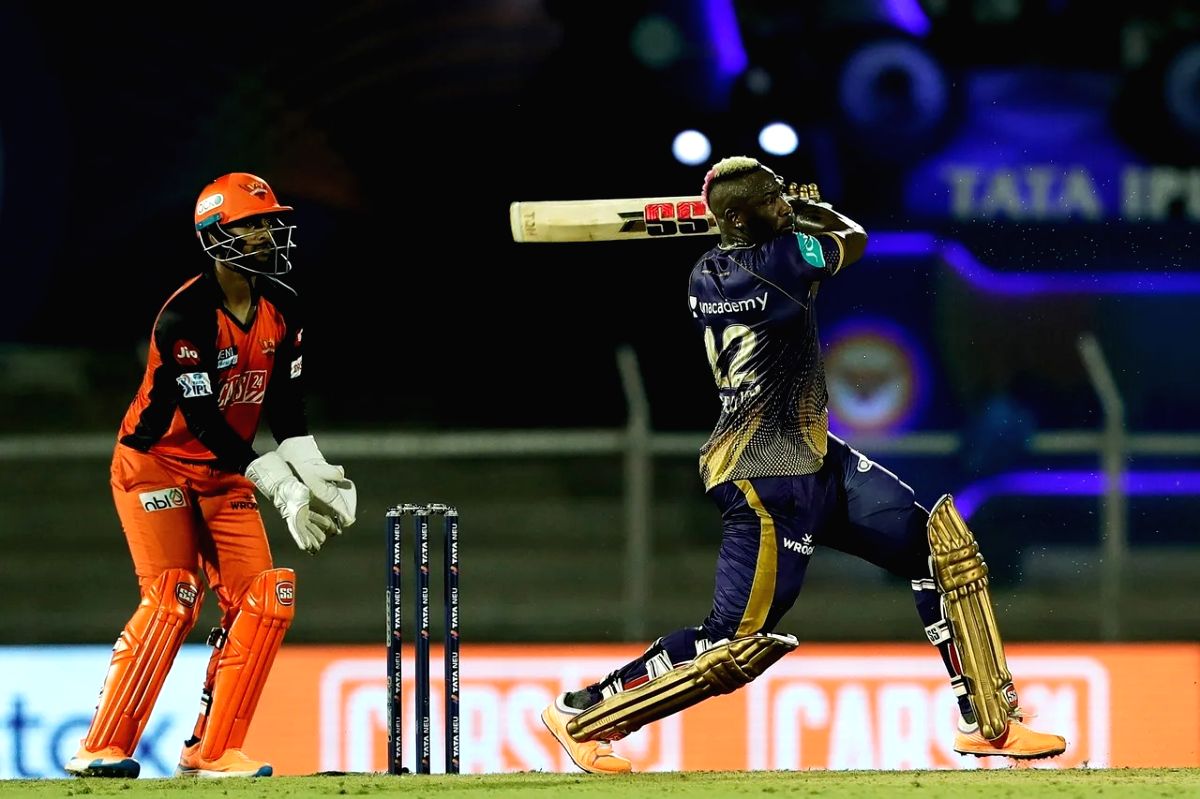 Mumbai, April 15 : Nitish Rana struck a fighting half-century while Andre Russell (49 not out) struck a few lusty blows late in the innings as Kolkata Knight Riders managed to put up a par score of 175/8 in 20 overs against Sunrisers Hyderabad in Match 25 of IPL 2022 at the Brabourne Stadium here on Friday.

Rana came to the rescue with KKR reduced to 31/3 in the fifth over, played a well-controlled innings off 54 off 36 deliveries, hitting six fours and two sixes. He had lost skipper Shreyas Iyer with the score reading 70 and Sheldon Jackson as KKR cross the three-figure mark in the 13th over.

After Rana was out, caught by Pooran off Natarajan going to raise the tempo. But Russell took over from there and kept the scoreboard ticking before blasting sixes and a four off successive deliveries of spinner Jagadeesha Suchith in the 20th and final over to propel KKR to a respectable score.

Natarajan was the best Sunrisers bowler in the field on Friday, claiming 3/37 while Umran Malik claimed 2/27 off his four overs.