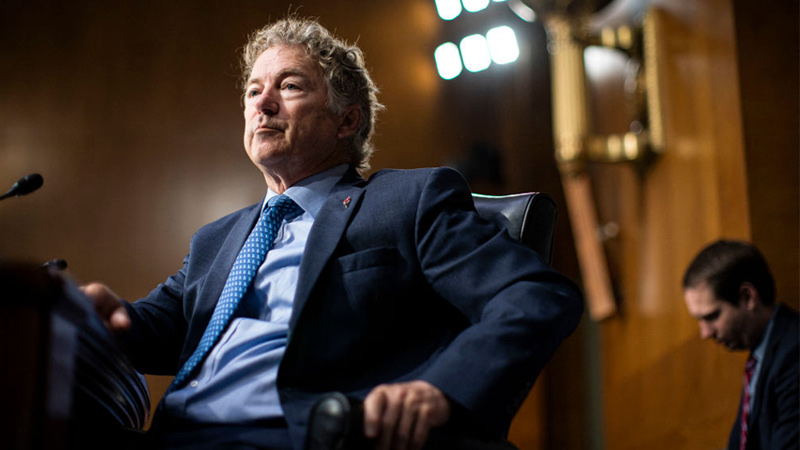 Sen. Rand Paul (R-Ky.) put the brakes on the Biden administration’s $40 billion Ukraine aid package on Thursday after he objected to a deal put forward by Senate Majority Leader Charles Schumer (D-N.Y.) and Minority Leader Mitch McConnell (R-Ky.) that would have had the Senate vote to pass the motion this afternoon.

Paul blocked the votes so he could try to insert language into the text of the bill that would ensure an inspector general would have oversight over the spending approved in the bill.

Donald Trump Jr. said we need more people like Rand Paul in the Senate, noting that the Military-Industrial Complex and DC insiders getting kickbacks from weapons manufacturers were the ones upset at the stall.

The Senate will now have to wait until next week to try and pass the bill.

The left, and some RINOs, were predictably upset with Paul for staying true to his beliefs.

The left will blindly support any war as long as their candidate is in power.