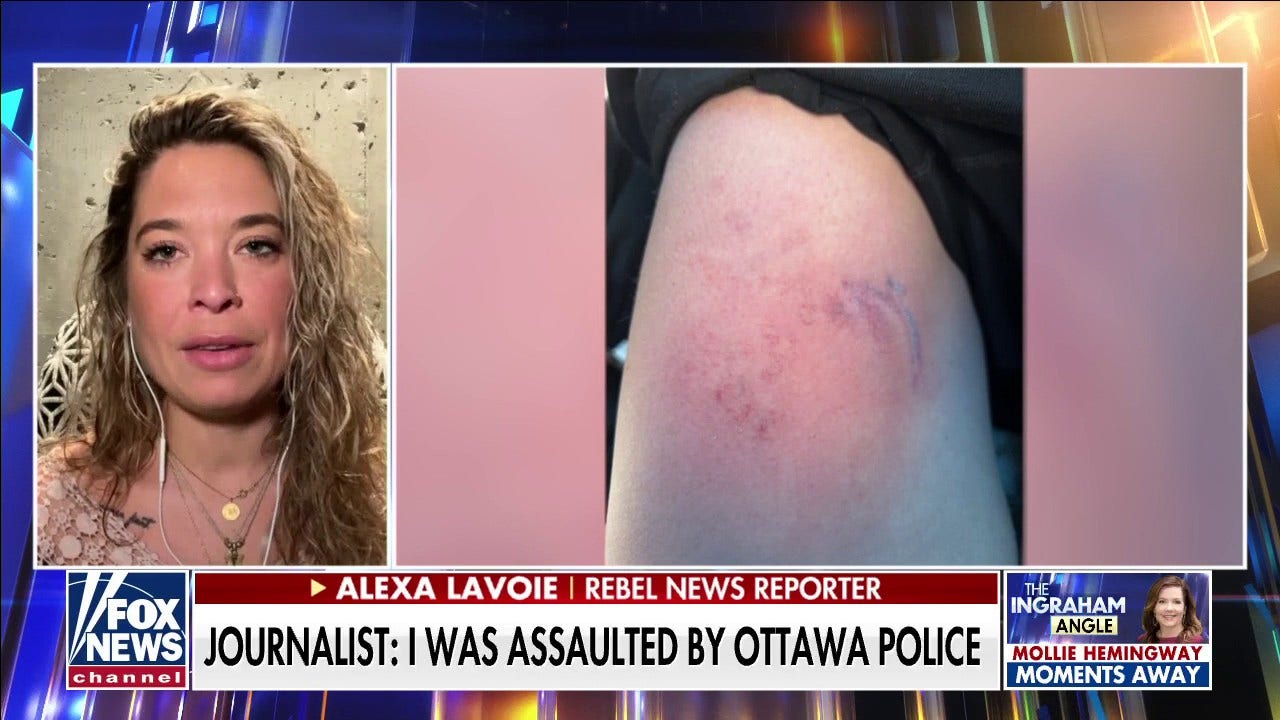 A journalist at Canadian outlet Rebel News says she was assaulted by police in Ottawa, Ontario, over the weekend as they attempted to clear the area. She discussed her experience on “Ingraham Angle” Monday.

Prime Minister Justin Trudeau declared a state of emergency amid a “Freedom Convoy” demonstration, in which Truckers and protesters opposed to COVID-19 restrictions shut down the capital city of Ottawa by causing a blockade that lasted three weeks. Canadian Parliament approved a motion to extend the act by a vote of 185-151. Trudeau defended activating the extraordinary powers explaining that “the emergency is not over.”

Alexa Lavoie told Laura Ingraham that she was reporting on the ground of the protest every day, and wanted to be on the front lines in order to see the interactions between protesters and police. “I wanted to see if you have any violence coming from … the protester, or the police,” she said.

HOW TO WATCH FOX NEWS CHANNEL IN CANADA

Lavoie alleges she was shot with tear gas at point-blank range. The incident was captured on video, and Lavoie’s screams are audible.

She explained, “When the first shot of the gas to your gun was shot, I scream because I was in shock. It started to be a little bit difficult to breathe. And afterward, the police officer … hit me [three] times with the wood stick. And afterward, … someone shot me in my left legs with the tear gas gun. It was point-blank, it was really next to my legs. And so I fell on the ground because not only my legs were hurting but all the gas from the canister went all over me in my eyes and in my mouth.”

Signs of support are planted in a snow bank near the parliament building where trucks have formed a blockade of streets in Ottawa, Ontario.
(Scott Olson/Getty Images)

Police were asked by Rebel News to comment on the incident. “Can you kindly explain how it was my colleague to my right here, Alexa Lavoie was shot point-blank with a tear gas canister doing some very painful damage to her. What was the reason for that?”

Ottawa Police interim Chief Steve Bell responded he was “unfamiliar” with the incident, but noted “the vast majority of our members have remained extremely professional.”