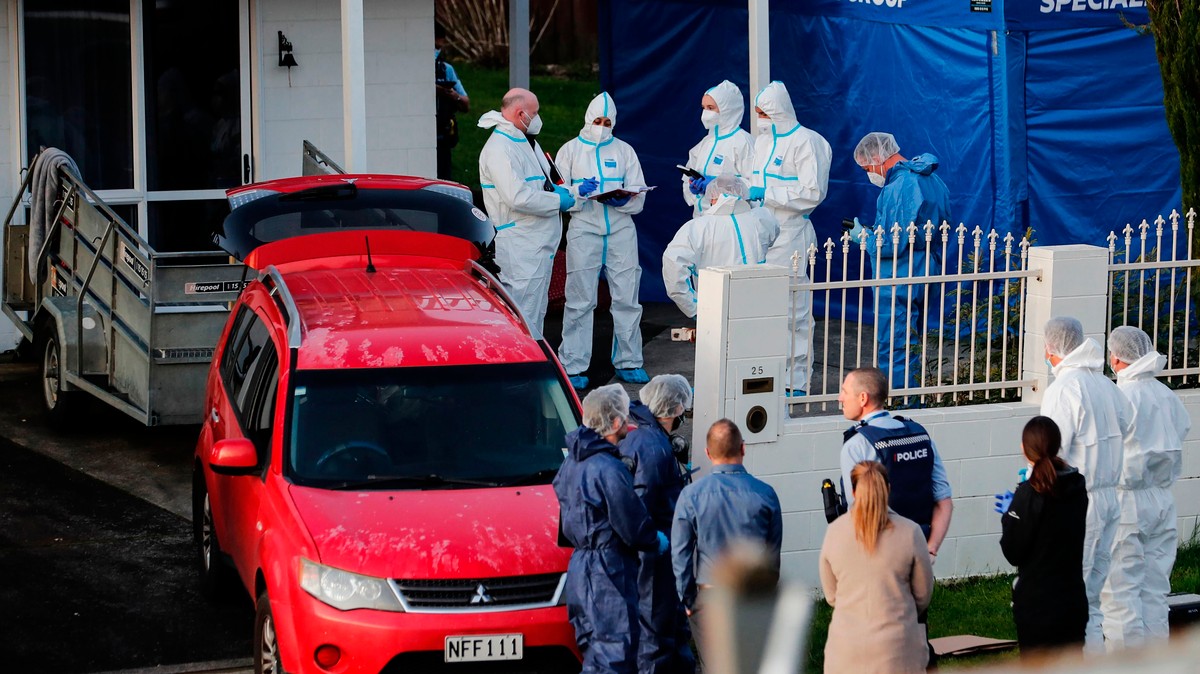 New Zealand police work at the scene in Auckland on Aug. 11. A family who bought the abandoned goods from a storage unit in an online auction found the bodies of two young children concealed in two suitcases, police said on Thursday. Photo: Dean Purcell/New Zealand Herald via AP

Hoping they had snagged a good deal, a family in New Zealand has instead found the dead bodies of children stuffed inside suitcases bought from a storage unit auction last week.

Detective inspector Tofilau Faamanuia Vaaelua told reporters on Thursday that a post-mortem confirmed the bodies were of two children aged five to ten. He added that they appear to have been deceased for a number of years, and that the suitcases had been in storage for at least three or four years.

The bodies were discovered in the New Zealand city of Auckland on Aug. 11. That day, the family had successfully bid on an abandoned storage unit in an online auction, taking a trailer of items home and unpacking them in their front yard.

Also in the unit was “kids stuff” like prams, toys, and a walker, a neighbor told local reporters. By the time police arrived at the scene, the neighbor said, there was a noticeable smell coming from the property, which they initially believed to be a dead animal.

Police said the family who made the discovery are not suspects in their homicide investigation, adding that they’re working with Interpol—an indication that the perpetrator may no longer be in New Zealand. Police are providing support to the family who found the bodies, who are said to have been left deeply distressed at the discovery and left the city to escape media attention.

“I feel sorry for the family because they’ve got nothing to do with it. And whoever did do it, come on, front up. It’s a bit unfair, bro. It’s horrific, f***ing scary,” one resident told Newshub.

The top priority now is to contact the next of kin of the deceased children, said Vaaelua, adding that police can’t currently comment on their identities. He did, however, reveal that they are “making very good progress with DNA inquiries,” adding that the children have relatives living in New Zealand.

Vaaelua said authorities are also looking at collecting surveillance footage, though this could prove difficult given the number of years that have passed.

“This is no easy investigation and no matter how long or how many years you serve and investigate horrific cases like this it’s never an easy task,” he said. “I myself am a parent of young kids. But we have a job to do.”