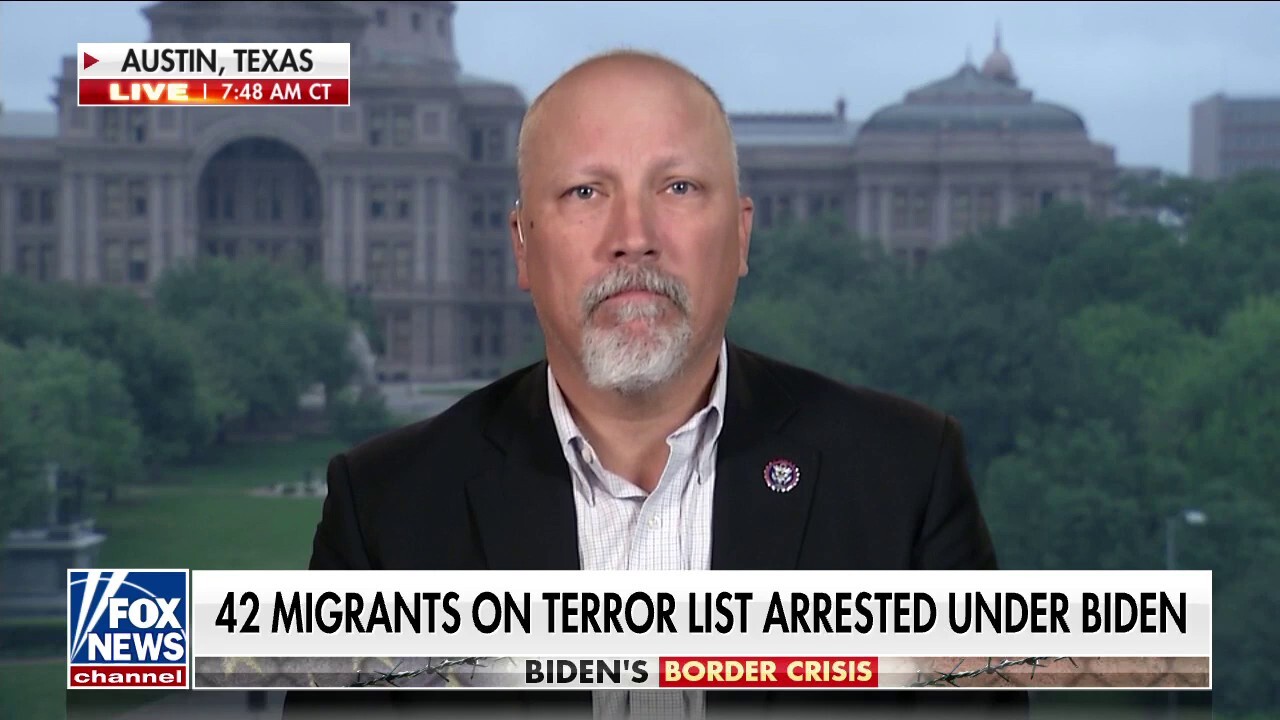 Rep. Chip Roy torched Biden administration officials Thursday for sending the message to the American people that they “shouldn’t care what is happening at the southern border.

The Texas Republican joined “Fox & Friends” after CBP data showed 42 migrants were apprehended at the southern border under the Biden administration. Roy said that he reached out to DHS last summer for information on who was crossing the border.

“We sent a letter to DHS last August, so it took eight months and my office finally got a response back eight months later for the detailed questions we had asked. One of which they answered, indicating that there were 42 individuals arrested with known ties to terrorists and had been there on the terror watch list,” said Roy.

The Terrorist Screening Database (TSDB) contains information about the identities of those who are known or “reasonably suspected” of being involved in terrorist activities. Republican lawmakers have repeatedly called for the number of those encountered at the border to be made public by the administration.

Yuma residents at the gap in the border wall into Mexico.
(Fox News)

“These were visa overstays. Now we’ve got people we know to be dangerous and it’s not just the terror watch list … it’s the number of people coming in with massive criminal histories who come in, and we see the crimes that are committed in the United States,” he said.

Roy addressed the financial toll of mass migration in the midst of rising inflation and economic issues for American citizens.

“I’m in Texas right now. … I met with a bunch of people yesterday. They want our borders secured. They want us to stop spending money we don’t have,” he told host Ainsley Earhardt.