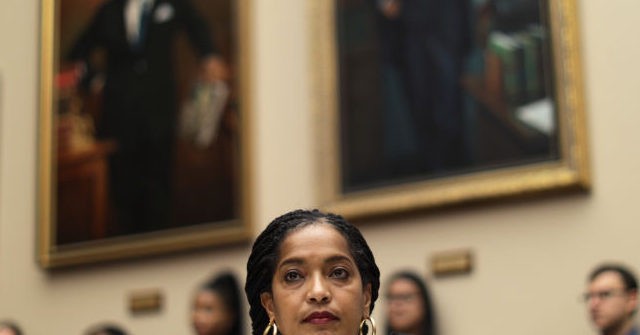 Rep. Jahana Hayes (D-CT), who was previously caught paying her family members campaign cash, has continued to pay her children in the first fundraising quarter, including herself, with a $250 of “petty cash,” possibly breaking the law.

It was previously reported that Hayes, a member of Congress since 2019, started paying her family members with campaign cash from a fundraising group called “Friends of Jahana Hayes,” which works on behalf of the vulnerable Democrat.

Up until the last Federal Election Commission (FEC) filing from last year, she paid someone by the name of “David Crenshaw,” who was reportedly her son, $15,118.54 since 2019, in increments of $282.47 and $282.46 under the category “payroll.” In 2018, the Hartford Courant reported that her 24-year-old son, David Crenshaw, joined then-Rep.-elect Hayes on her campaign victory tour.

Additionally, Hayes was paying someone named “Asia Clermont,” who was reportedly her daughter, $21,299.03 in increments of $361.33, $359.25, and $360.92 under the category “payroll” since Hayes was elected to Congress. Also, in 2018, it was reported that the 28-year-old daughter touted to her class that her “mom was the National Teacher of the Year and that my family had met President Obama.”

Hayes faced scrutiny after the initial report from the Daily Caller, especially after she admitted the two do, in fact, work for the campaign and doubled down that the two handle “deeply important” campaign stuff, which included managing “personal passwords and calendars.”

Since then, the Caller reported that the congresswoman has continued to pay her family members and now even herself.

The FEC filing also showed that the congresswoman reimbursed herself $250 for “petty cash,” which possibly broke the law. The FEC has rules about petty cash reimbursements.

The disbursement needs to be identified by the date, amount of payment, and the purpose of the disbursement. And for the disbursement over $200, which is was Hayes would have to meet with her $250 reimbursement, the “the committee must keep a receipt, invoice or canceled check (in addition to the information for all disbursements).”

Hayes, however, is not alone when it comes to paying family members. House Majority Whip James Clyburn (D-SC), the number two Democrat in the House, also allowed five of his relatives to enjoy the spoils of his large fundraising numbers over the years.

Fox News reported that his relatives had enjoyed a heavy payday equaling upwards of $200,000, according to his FEC filings. His relatives included two of his daughters, their husbands, and a grandson.