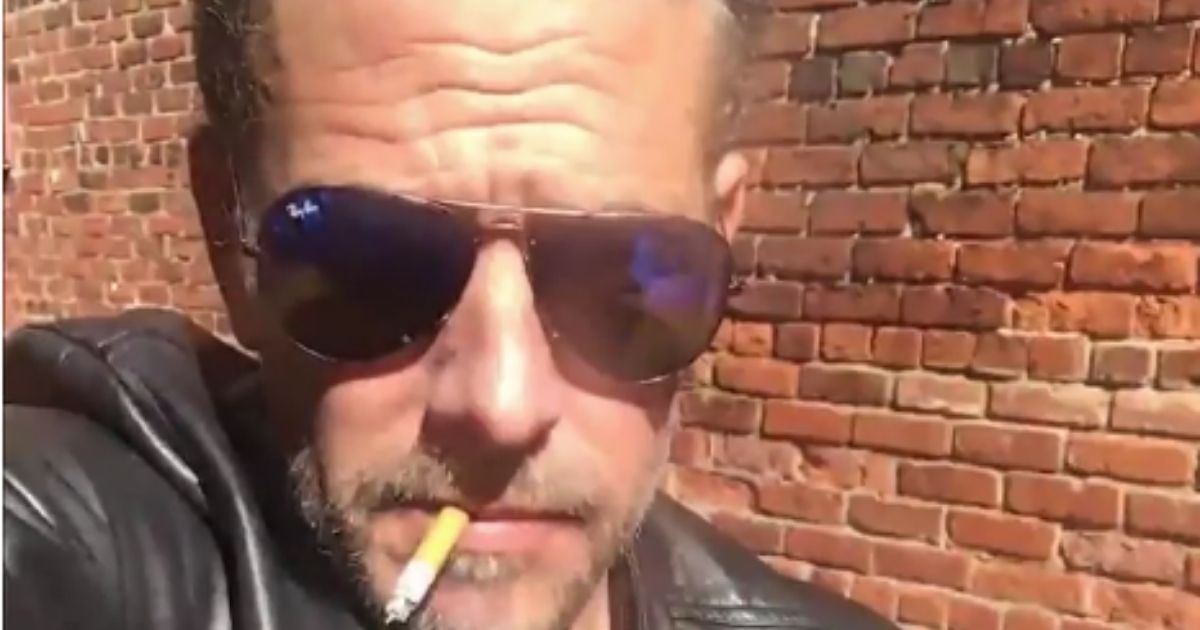 On April 12, 2019, shortly before closing time, Hunter Biden walked into a small computer repair shop in Wilmington, Delaware. John Paul Mac Isaac, the former proprietor of The Mac Shop, told Fox News, “I could definitely tell that he was inebriated.”

The network has produced a four-part exposé on President Joe Biden’s wayward son. The series, entitled “Who is Hunter Biden?,” is now streaming on Fox Nation.

Recalling his encounter with Hunter, Isaac said, “When I asked for his last name, there was a long pause. And he kind of sarcastically added Biden. I had to ask Hunter for his password. And he started laughing. He was like, ‘You’re not really gonna like this.’”

Fox didn’t reveal the password, which I suppose is all we really need to know.

Isaac told the outlet he found an “astounding” and “disgusting” trove of homemade pornography on the laptop. In a Fox ad for the series, journalist Miranda Devine speaks of Hunter’s “roaring sex addiction.”

WARNING: The following video contains graphic content that some viewers will find offensive.

It was when Isaac discovered a PDF showing that Hunter had made over $1 million for Ukrainian energy company Burisma Holdings that he called the FBI.

The FBI was curiously uninterested in Isaac’s revelations. He said, “I think that was my first indication that maybe the FBI was more interested in returning the laptop to the former owner and protecting the Bidens than they were protecting me or getting this to the proper channel.”

Do you believe the Biden family is corrupt?

When the New York Post broke the laptop story in mid-October 2020, complete with emails that strongly suggested Hunter had sold access to his powerful father, Big Tech did the unthinkable. With the presidential election just over two weeks away, it censored the report.

Following the election, Hunter announced that a U.S. attorney in Delaware had opened an investigation into his finances. You may recall that, when asked for comment on the matter, the president-elect told reporters he was proud of his son.

With the corrupt Merrick Garland at the helm of the Justice Department, we can easily understand why we haven’t heard anything more about the case.

But the laptop has long since been authenticated. Far more consequential than Hunter’s sex tapes are the allegations that his father, the president of the United States, had knowledge of and may have even been a beneficiary of his dubious foreign business dealings.

This week, the New York Post editorial board called for the appointment of a special counsel to investigate the whole tangled web of corruption surrounding Hunter Biden.

“It’s past time for Garland to explain why he hasn’t named a special counsel,” the editors wrote. “Unless and until Garland produces an explanation for why he’s avoided an independent prosecutor, or his minions actually bring charges, Americans have every reason to suspect politics is standing in the way of justice.”

This is a story of government and media corruption, both of which have become the norm in our society.

Americans used to be alarmed by stories like this. Not anymore. Sadly, this corruption has become entrenched. We live in a world full of sin.

A special counsel investigation and a Republican tsunami in November will help. But it seems to me there is only one way to truly stop the madness. We need to bring God back into our lives.