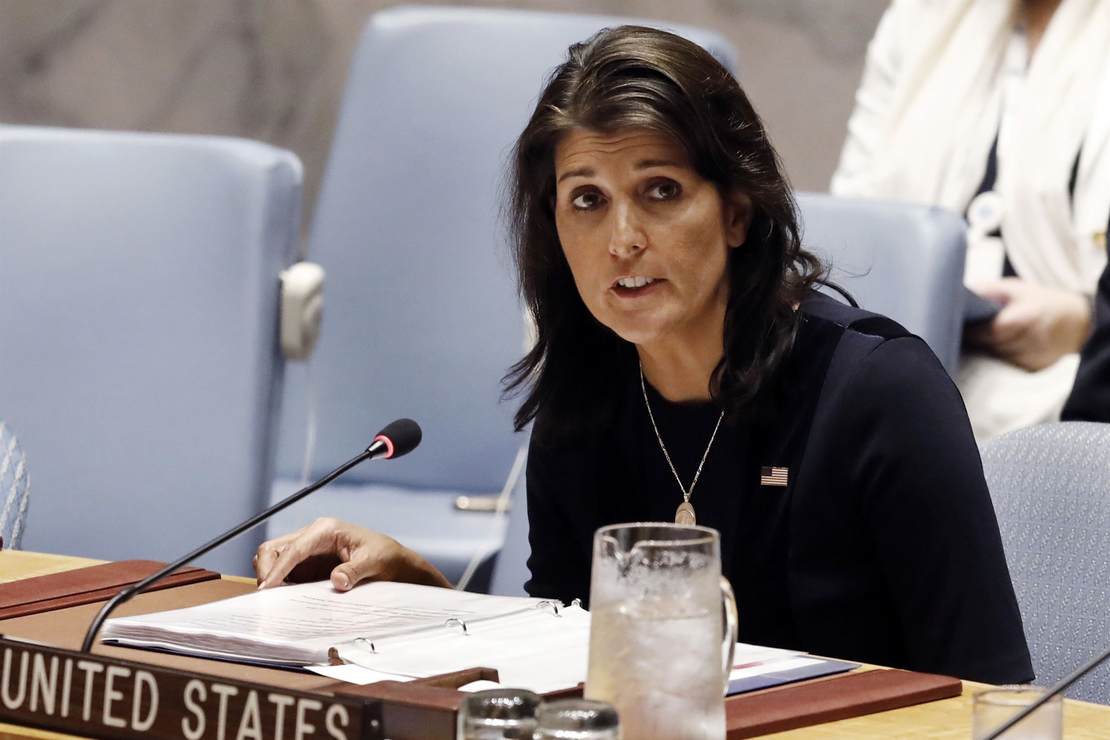 A nonpartisan (wink, wink) watchdog group, Documented, gave Politico an unredacted copy of the 2019 IRS filing of Nikki Haley’s non-profit advocacy group, Stand for America, Inc. The IRS document was leaked for the purpose of the names of Haley’s big donors being made public. Let’s call it what it is – an act of opposition research delivered to a liberal media outlet because the watchdog group knew the information would be published.

There was never any doubt that the information would be published. Politico is a go-to outlet for hit pieces on conservatives. Like all non-profits are required to do, Stand for America files annual tax returns with the IRS. The tax filings are available to the public, including the contributions amounts, but the donors’ names do not have to be made public. It is not at all unusual for non-profits and advocacy groups to agree to keep the names of donors private. The 2019 IRS return that was given to Politico did not have the names of donors redacted. Haley’s team filed a cease and desist against Politico but Politico pushed back using the First Amendment as protection.

Politico reported that Haley’s team moved to stop publication of the story, with a cease-and-desist letter that said Politico “was not authorized to receive the confidential tax return information, nor is Politico entitled to print, publish, or even retain it.” Politico responded by saying that the reporting “is in the public interest and fully protected by the First Amendment to the U.S. Constitution.”

Nikki Haley may or may not run for the Republican nomination for president in 2024. If Trump does not run, which right now looks highly unlikely, there will be a lot of ambitious Republicans throwing their hats into the primary race. I know a lot of populists and libertarians don’t support Nikki Haley because of her strong advocacy of defending America, often in very hawkish terms, and others think she was too far in the tank for Trump when she accepted her position in his administration. Mine may not be a popular opinion but I think she is a strong voice for freedom and democracy around the world. I may be biased, as I’ve met her and liked her, but she is very much like Trump in that she isn’t afraid to speak up and let her opinions be known. She is often referred to as an Establishment Republican but she is far from a go-along-to-get-along Republican on the job. I thought she did a good job at the United Nations for America.

Naturally Democrats want some kind of gotcha moment and the sooner the better for someone like Haley. Perhaps they think that naming names of donors will do the trick. What the names show, though, is that Haley garners contributions from standard big money contributors on the right. I don’t think it will be the gotcha they thought it would be. Democrats will snarl but they aren’t going to vote for a Republican candidate anyway.

The disclosures provide the clearest picture yet of how a prospective 2024 presidential candidate is cultivating a secret network of high-dollar contributors as she builds a political apparatus. And the names of her donors demonstrate the deep connections Haley has formed at the top levels of the Republican Party, with some of the GOP’s biggest super PAC donors among those who gave money to fund the launch of her organization after she left the Trump administration.

“It’s very rare that the public has the opportunity to see the identities of the donors who are providing five- or even six-figure contributions to a dark money group. It’s called dark money for a reason. Typically, the public does not know who is financing these groups, and this is a rare exception,” said Brendan Fischer, deputy executive director of Documented.

“This previously unpublished donor list provides a valuable clue as to the network of wealthy donors that Haley might rely upon if she does ultimately run for office,” Fischer said.

Got that? “Secret network of high-dollar contributors”, “a dark money group”. Sounds bad, right? That language is intentional. Democrats are starting early in their quest to narrow the field of potential Republican candidates running in the 2024 GOP presidential primary. Nikki said, “Liberals have ALWAYS weaponized gov’t against conservatives. Republicans have been too nice for too long. The buck stops here.” She’s right. The reason Trump struck a chord with so many voters is because he wasn’t willing to be polite and not speak out.

Haley hit back with a response.

“This disclosure of a confidential tax return was clearly a corrupt violation of state and federal law to try to intimidate conservative donors,” Haley said in a statement. “Liberals have always weaponized government against conservatives, and Republicans have been too nice for too long. We will make sure the buck stops here.”

Nikki left the Trump administration at the end of 2018. She launched her non-profit after that. There was never any doubt that she planned to remain active in politics in some capacity and that a future run for president was likely.

Over the course of 2019, the filing shows, Haley received the support of 71 donors who gave at least $5,000, for an overall fundraising total of $7 million.

The biggest givers were New Jersey health executive Vivek Garipalli and his mother, Lakshmi Garipalli, who contributed $500,000 apiece. Vivek Garipalli has been a regular Democratic donor, giving to the likes of President Joe Biden and Senate Democrats — but he has a “longstanding personal friendship” with Haley and her husband, according to a federal financial disclosure document Haley filed in 2018, when she was serving as U.N. ambassador.

Garipalli gifted Haley New York Knicks tickets valued at nearly $20,000 that year, and he gave hundreds of thousands of dollars to a pair of pro-Haley political action committees when she was governor of South Carolina, according to campaign finance filings.

Haley’s next-biggest nonprofit donors in 2019 were the Adelsons, who each donated $250,000. (Sheldon Adelson died in early 2021.) Miriam Adelson — who has since become the most sought-after megadonor in the GOP — also donated the maximum-allowed $5,000 to Haley’s PAC in 2021, her first federal donation since her husband’s death. Haley was one of a handful of would-be candidates who landed a private meeting with Miriam Adelson while attending a Republican Jewish Coalition conference in the fall of 2021.

The third-biggest donors were Stanley Druckenmiller and his wife, Fiona, who gave a combined $350,000. Next was Scott Bessent, an investor with a long history of giving to Republicans, who contributed $325,000. Singer, another prominent GOP megadonor, gave $270,000.

Haley’s donors span the party’s ideological spectrum, from those supportive of Trump to those less so. She attracted six-figure nonprofit donations from Home Depot co-founder Bernie Marcus, who extensively funded Trump’s 2020 reelection effort, but also Druckenmiller, who backed former Ohio Gov. John Kasich, a moderate Republican, over Trump in the 2016 primary.

The Politico article admits that donors to Haley’s non-profit may not be donors if she launches a presidential campaign. Some donors have also contributed to both Trump and Ron DeSantis. That’s the thing about a lot of big donors – they cover their bases and support many politicians at the same time. There is certainly no reason to go all-in on any one candidate at this point, with 2024 over two years away. As Nikki Haley reminds voters, if Republicans don’t win in 2022, 2024 is lost.

“If we don’t win in ‘22, there is no 24.. Once we win in ’22, Republicans have to prove we deserve to be there by results and solutions. I don’t have to make a decision until the first part of next year. If there’s a place for me, I’ve never lost a race. I’m not going to lose now,” Haley told Fox News’ Harris Faulkner. “I’ll put 1,000% into it, and I’ll finish it. If there’s not a place for me, I will fight for this country until my last breath.”