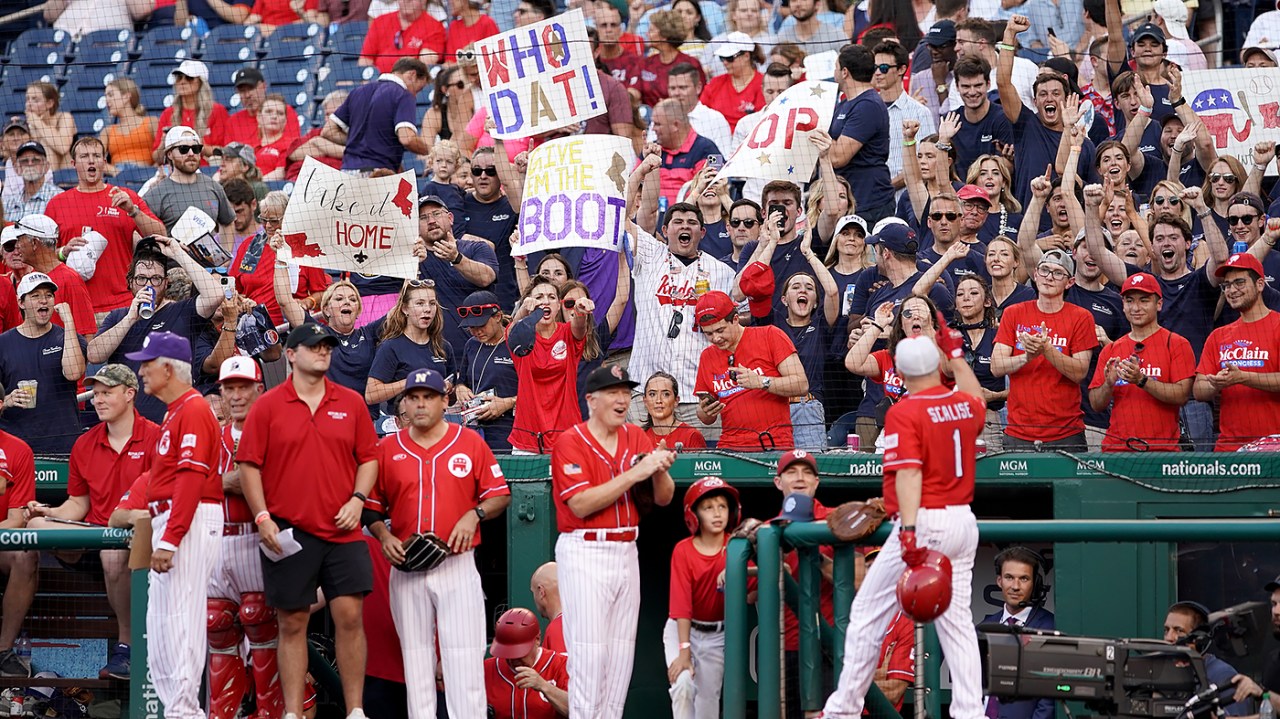 In what they hope to be preview of the November midterms, Republicans shut out Democrats 10-0 in the annual Congressional Baseball Game at Nationals Park Thursday, led by the efforts of pitcher Rep. Greg Steube (R-Fla.).

The game brought lawmakers together in a show of bipartisanship to support local charities, with this year’s event securing a record high number of ticket sales and donations, raising more than $1.7 million for organizations like The Washington Literary Center and the Boys and Girls Clubs of Greater Washington.

Scalise was shot and injured at a Republican practice leading up to the 2017 Congressional Baseball Game. The Louisiana lawmaker has continued to participate in the game since his recovery.

As the lawmakers played it out on the field, the political activism of Washington found its way to the front steps of the ballpark.

The Capitol Police heightened security at Nationals Park as climate activists threatened to “shut it down” if lawmakers did not make tangible steps toward passing climate change legislation. At least three individuals were arrested for unlawful entry after blocking one of the park entrances.

Despite activists’ threats to stop the event even after Sen. Joe Manchin (D-W.Va.) and Senate Majority Leader Charles Schumer (D-N.Y.) reached a deal to combat climate change on Wednesday, the game continued until a fourth inning rain delay with the Republicans leading 4-0. The crowd erupted into cheers when lawmakers returned to the field thirty minutes later.

Rep. August Pfluger (R-Tex.) replaced Steube on the mound after he threw five shutout innings. Pfluger struck out two, including Sen. Jon Ossoff (D-Ga.), and helped the GOP out of a jam when the bases were loaded in the bottom of the sixth inning.

Ossoff took the mound in the seventh inning but allowed 5 runs, ballooning the Republican lead to the final score of 10-0.

Pfluger took the GOP the rest of the way, closing the game in the seventh inning and securing his party the win for the second year in a row, marking only their third win since 2009.