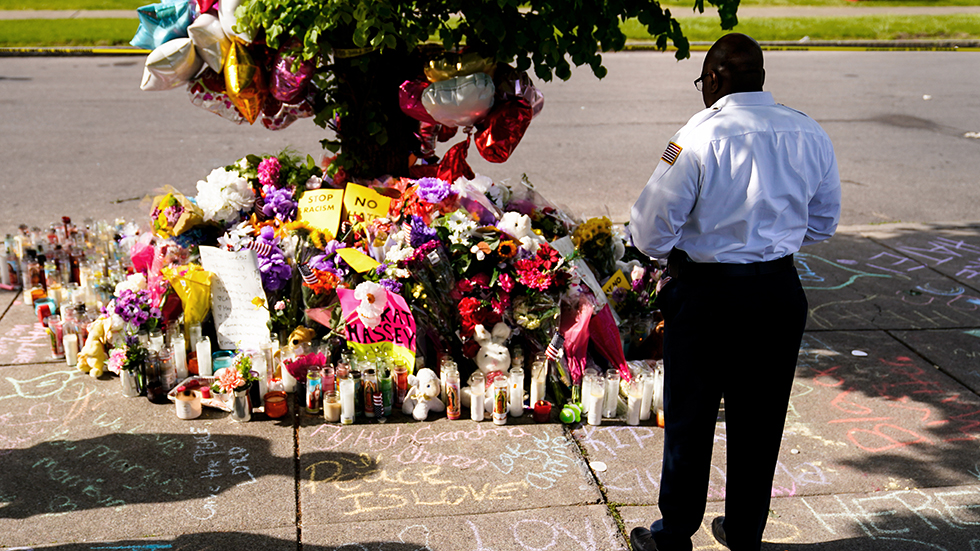 Senate Republicans are lining up against a House-passed bill that would authorize special offices within the government to investigate and monitor domestic terrorism, which is being pushed in the wake of a racist shooting in Buffalo that left 10 people dead.

The GOP compares the proposal, which sets up offices in the Department of Homeland Security, the Department of Justice and the FBI to target domestic terrorism, to the recently paused disinformation board set up by the Biden administration.

“It sounds terrible,” Sen. Josh Hawley (R-Mo.) of the House-passed bill, predicting it won’t get 10 Republicans in the Senate.

“It’s like the disinformation board on steroids. Another way to look at is the Patriot Act for American citizens,” he added, referring to the law passed immediately after the Sept. 11, 2001, attacks that expanded the government’s power to monitor phone and email conversations and collect bank records.

Senate Majority Leader Charles Schumer (D-N.Y.) says he will bring the bill to the floor this week as a response to the killings at a Buffalo supermarket in a predominantly Black neighborhood. The bill passed the House 222-203 on a mostly party-line vote, with Rep. Adam Kinzinger (Ill.) casting the only GOP vote in favor.

Democrats increasingly see the need for the government to take more action against the threat of domestic terrorism given a long string of incidents that includes the Jan. 6, 2021 attack on the Capitol and several mass shootings targeting Blacks, Hispanics and Jewish people.

But the efforts have run into opposition from the GOP.

Senate conservatives say empowering the Departments of Homeland Security and Justice with new authority to monitor domestic terrorism could easily morph into federal policing of political speech, and they worry it would be more targeted toward anti-government, anti-immigration activists than extreme left-wing groups.

“I’m completely opposed to this idea that we would be giving the federal government and federal law enforcement power and authority to surveil Americans, to engage in any kind of monitoring of speech that is directed toward censorship. I think it’s extremely frightening and I can’t believe they haven’t learned their lesson from the disinformation board debacle,” Hawley said.

The Biden administration ran into a storm of controversy last month when it announced the creation of the Disinformation Governance Board “to coordinate countering misinformation related to homeland security.” The backlash grew so intense that the Homeland Security Department put the project on pause after three weeks and its executive director, Nina Jankowicz, resigned.

Republican lawmakers argue that bringing the bill to the floor after the shooting in Buffalo is a veiled political attack on conservative critics of illegal immigration.

“That’s exactly what it is,” said Hawley, arguing that the Department of Homeland Security has taken “a very different tone” with groups on the left that have threatened violence against Supreme Court justices after a draft ruling overturing Roe v. Wade leaked.

“The Democrats can’t even wait an hour before they blame the Republicans for the Buffalo shooting. I think it’s despicable,” he said.

Johnson said “there’s a huge double standard” between calls by Democrats to authorize federal law enforcement to track extreme speech when it comes from groups on the right compared to groups on the left.

Sens. Dianne Feinstein (D-Calif.) and Richard Blumenthal (D-Conn.) called on the Department of Defense to investigate white supremacy and extreme ideology in the military after the Jan. 6 attack on the Capitol.

The Justice Department announced in January the formation of a special unit to fight domestic terrorism and has doubled its investigations of people suspected of fomenting domestic extremism over the past two years, signaling it’s a top priority for Attorney General Merrick Garland.

The Biden administration unveiled a 32-page plan in June for identifying domestic extremists, an issue that took on new urgency for the mob of Trump supporters swarmed the Capitol in January of 2021 in an attempt to stop the certification of Joe Biden’s victory.

The shooting in Buffalo has given Democrats on the Hill a new reason to crack down on domestic terrorism after the 18-year-old murder suspect, Payton Gendron, allegedly posted a manifesto that cited replacement theory.

President Biden and Schumer have implicitly and explicitly blamed the shooting on conservative pundits, commentators and some politicians who have amplified a conspiracy theory that posits that Democrats are trying to undermine the political influence of White Christian voters in the country by encouraging illegal immigration.

“The mass killing in Buffalo last weekend was a tragic reminder of the threat posed by violent White supremacists and other far-right extremists,” Sen. Judiciary Committee Chairman Dick Durbin (D-Ill.) said at a press conference, announcing that he would circulate the Senate’s domestic terrorism bill among GOP colleagues in hope of winning their support.

He noted that in March of last year, FBI Director Christopher Wray testified that the threat of domestic terrorism is “metastasizing” across the country.

“We’ve seen evidence of that in so many places. Sadly we saw it in Buffalo,” Durbin said.

But so far, no Republicans have signed onto the bill, Durbin told The Hill.

Sen. John Cornyn (R-Texas), a member of the Senate Judiciary Committee, said he would be very surprised if the bill gets 10 Republican votes to overcome an expected filibuster.

“I get a little concerned when people want to pass new laws to supplement laws that are already in place that would be used to charge people with crimes. I don’t necessarily believe we need a new law to convict people who have committed other crimes,” he said of the domestic terrorism bill.

“I’m a little wary of the political motivation and charging Americans who otherwise engaged in peaceful protest with crimes,” he said.