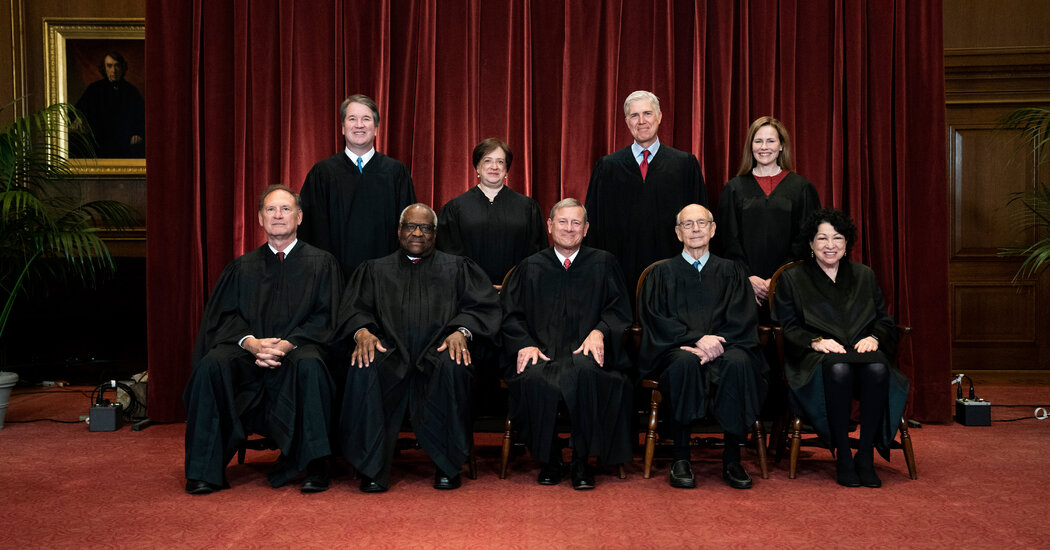 WASHINGTON — There was a time when Justice Samuel A. Alito Jr., the author of the leaked draft opinion on abortion that rocked the nation on Monday night, was Chief Justice John G. Roberts Jr.’s closest ally on the Supreme Court.

The two men are both products of the conservative legal movement, and they were named to the court by President George W. Bush within months of each other. Their voting records were initially indistinguishable. Indeed, when the chief justice had a particularly difficult case, he would often assign the majority opinion to Justice Alito.

“For their first decade on the court together, the chief clearly generally viewed Justice Alito as a colleague upon whom he could rely to craft the kind of narrowly reasoned opinions for the court necessary to maintain a bare five-justice majority,” said Richard J. Lazarus, a law professor at Harvard. “And the chief rewarded Alito with prime opinion assignments in some of the court’s biggest cases, notwithstanding Alito’s formal status as a junior justice.”

But the dynamics and alliances at the court have shifted, especially after the death of Justice Ruth Bader Ginsburg and her replacement by Justice Amy Coney Barrett.

Once partners, Chief Justice Roberts and Justice Alito are now emblems of a stark divide at the court as it confronts a crucial choice: whether to eliminate the constitutional right to abortion entirely in a case challenging a Mississippi law that bans the procedure after 15 weeks of pregnancy.

“Justice Alito now appears to have concluded he no longer needs the chief to receive coveted opinion assignments,” Professor Lazarus said. “And, buoyed by a five-justice conservative majority to the right of the chief, Justice Alito has apparently concluded, as underscored by his first draft opinion in the Mississippi abortion case, that he can now swing for the fences using the broadest language possible.”

The two men have been moving in different directions for years, said Lee Epstein, a law professor and political scientist at Washington University in St. Louis.

“They initially marched in ideological lock step, seemingly trusted allies,” she said. “But over time Roberts drifted to the left and Alito drifted way to the right, leaving a gaping hole between them.”

That gaping hole grew into a chasm in the case challenging Roe v. Wade, the 1973 decision that established a constitutional right to abortion. Chief Justice Roberts, an institutionalist committed to an incremental approach, has signaled that he wants to limit Roe’s reach without destroying it in a single blow. Justice Alito, based on his draft opinion, wants to reduce Roe to rubble.

What accounts for the schism? It is partly a matter of temperament.

Chief Justice Roberts is witty, canny and controlled. Justice Alito can be awkward and aggrieved, although he is capable of wry and rueful humor.

The two men also differ in their sense of urgency. Chief Justice Roberts is 67, which is young by Supreme Court standards. He is committed to playing the long game.

Justice Alito, 72, is not much older, but he is done waiting. Following the arrival of Justice Barrett in 2020, he is now part of an impatient group of five conservative justices to the chief justice’s right.

Their power may ebb over time, as the recent hospitalization of Justice Clarence Thomas, 73, must have reminded them.

But the most important difference between Chief Justice Roberts and Justice Alito is in their titles and what they imply. A thought experiment helps illuminate the point.

As the head of the judicial branch, though, Chief Justice Roberts views himself as having broader responsibilities, notably in guarding the independence and authority of the court.

The chief justice’s confirmation hearings were a triumph. Justice Alito, by contrast, felt bruised by some of the questions at his own confirmation hearings. His wife, Martha-Ann, left the hearing room in tears when Senator Lindsey Graham, Republican of South Carolina, defended Justice Alito from the charge that his membership in an alumni group was evidence of bigotry.

Even now, Chief Justice Roberts certainly leans right. On issues of racial discrimination, religion, voting and campaign finance, his views are squarely in the mainstream of conservative legal thinking.

But he also views himself as the custodian of the court’s legitimacy. He has issued statements, for instance, rebuking President Donald J. Trump and Senator Chuck Schumer of New York, the Democratic leader, for attacks on members of the federal judiciary.

But aside from that decision and a 2015 sequel, the conservative case against the chief justice was for many years weak.

That changed in the Trump era, when Chief Justice Roberts voted with what was then the court’s four-member liberal wing in cases concerning abortion, young immigrants known as Dreamers and adding a question on citizenship to the census. Justice Alito was on the other side in all of those cases.

The chief justice was also in the majority in 5-to-4 decisions early in the pandemic upholding restrictions on gatherings at houses of worship. Justice Alito, in a 2020 speech to the Federalist Society, the conservative legal group, was harshly critical of those decisions.

In one, concerning restrictions in Nevada, he said the court had allowed the state to treat houses of worship less favorably than it did casinos.

“Deciding whether to allow this disparate treatment should not have been a very tough call,” Justice Alito said. “Take a quick look at the Constitution. You will see the free-exercise clause of the First Amendment, which protects religious liberty. You will not find a craps clause, or a blackjack clause, or a slot machine clause.”

After the arrival of Justice Barrett fundamentally changed the direction of the court, the justices started striking down such restrictions by 5-to-4 votes, with Justice Alito now in the majority and the chief justice on the losing side.

In his speech to the Federalist Society, Justice Alito seemed to take sides in the culture wars, recalling the days when the comedian George Carlin’s “seven dirty words” were not heard on television.

“Today you can see shows on your TV screen in which the dialogue appears at times to consist almost entirely of those words,” Justice Alito said. “Carlin’s list seems like a quaint relic.”

“But it would be easy to put together a new list called ‘things you can’t say if you are a student or a professor at a college or university or an employee of many big corporations,’” he said. “And there wouldn’t be just seven items on that list. Seventy times seven would be closer to the mark.”

“You can’t say that marriage is a union between one man and one woman,” he said. “Until very recently that’s what the vast majority of Americans thought. Now it’s considered bigotry.”

Chief Justice Roberts is not in the habit of making politically charged speeches to the Federalist Society or of airing grievances about where society is heading.

Like Justice Alito, Chief Justice Roberts dissented from the 2015 decision establishing a constitutional right to same-sex marriage. But five years later, the chief justice voted with the majority in a ruling that said a landmark civil rights law protects gay and transgender employees from workplace discrimination. Justice Alito dissented.