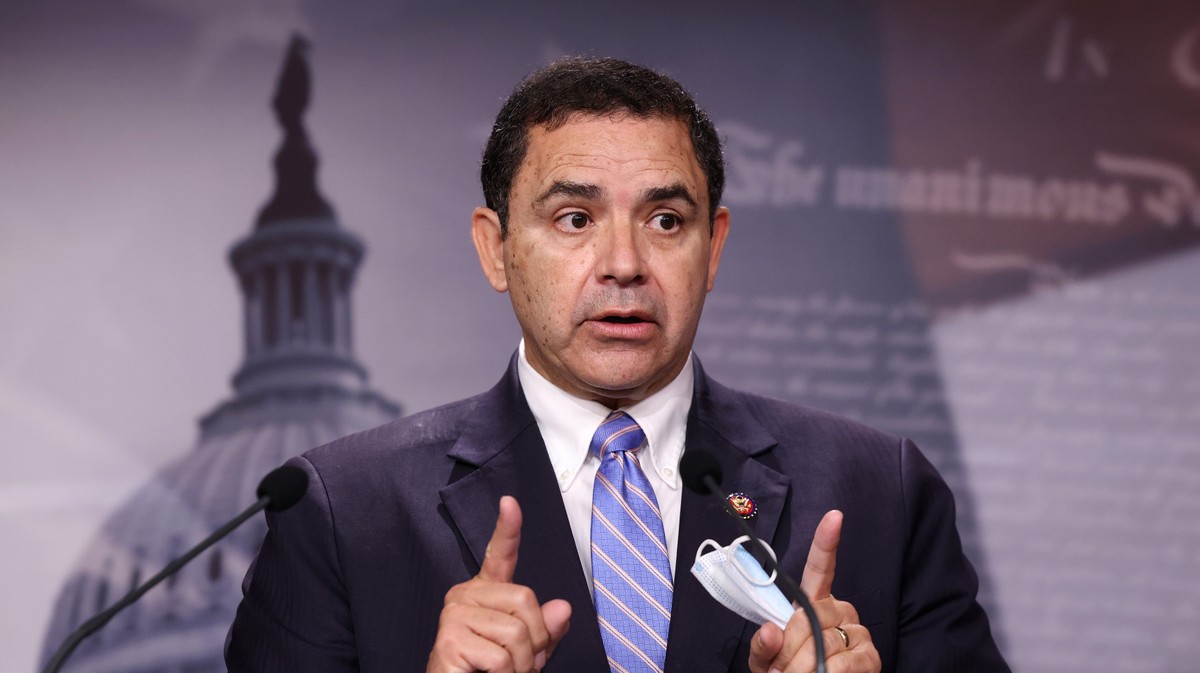 In the wake of the leaked draft of a Supreme Court opinion that would overturn the landmark abortion decision Roe v. Wade, and result in the immediate ban of abortion in Texas, Democratic leaders—including Clyburn and Speaker Nancy Pelosi—have come under fire for backing Cuellar, an abortion opponent who was the only Democrat to vote against a bill codifying Roe’s protections into federal law last September.

Cisneros is an immigration lawyer who narrowly finished second to Cuellar during a March primary and will face him in a runoff later this month. She told VICE News earlier this week that the leadership’s support for Cuellar was  “frustrating.” Pelosi reaffirmed her support for Cuellar in March, citing his incumbency, and gave his campaign $4,000 in December.

“I think it’s just a lot of cognitive dissonance,” Cisneros said. “It’s confusing a lot of people, because their words aren’t matching their actions.”

Though Cuellar voted against the law codifying Roe’s protections, he released a statement earlier this week opposing the Supreme Court opinion as “not based in precedent and not incremental in nature” due to its lack of an exemption for rape, incest, or medical danger to the pregnant person, while reiterating his opposition to abortion.

“My faith does not allow me to support extreme positions such as late term or partial birth abortion,” Cuellar said in the statement, using non-scientific terms for second and third trimester abortions. “My faith is clear: abortion must be rare and safe.”

During the rally, Clyburn said Cuellar had been “very effective in getting Joe Biden’s agenda across the finish line.”

“We have to sit down with people with whom we do not agree and try to find common ground so that you do what is necessary to continue moving this country forward,” Clyburn told the crowd of about 80, according to the Tribune.

That’s highly debatable. Though Cuellar voted for the Build Back Better reconciliation bill last year, he was one of nine House Democrats to push Democratic leaders to decouple the bill from the Infrastructure Investment and Jobs Act.

After the infrastructure law passed, Sen. Joe Manchin said he couldn’t vote for the Build Back Better bill, which initially contained much of Biden’s domestic agenda. The bill has remained stagnant in the Senate, and Manchin recently touted his opposition to it while appearing in an ad for a West Virginia Republican running for re-election to Congress.

And despite the threat of Roe being overturned, Clyburn reiterated that the party welcomes abortion opponents.

“I would ask anybody, which is more important — to have a pro-life Democrat or to have an anti-abortion Republican?” Clyburn said Wednesday, the Tribune reported. “Because come November, that could very well be the choice in this district.”

If Roe is struck down, abortion would immediately become illegal in Texas and performing one would be punishable by life in prison.