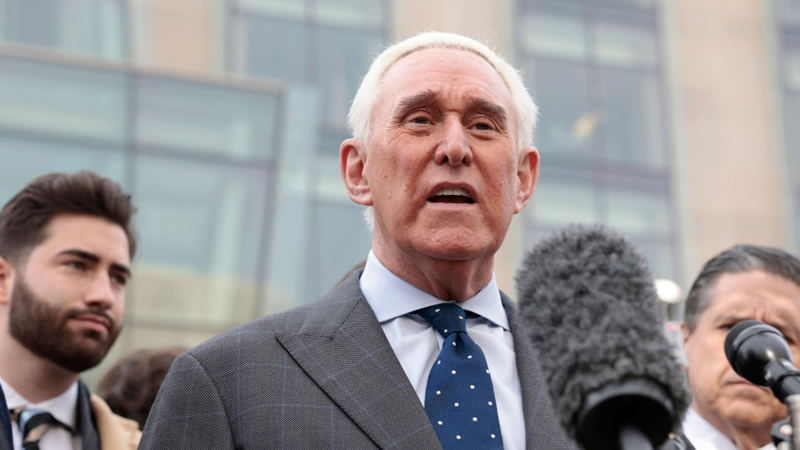 Former Trump presidential adviser Roger Stone says he’s planning to sue individuals from several mainstream media outlets who defamed him in reports after he was subpoenaed by the Jan. 6 Committee.

“Yet again, there are irresponsible elements in the fake news media who are recycling this false notion that I had either advance notice or some involvement in the illegal acts of Jan. 6,” Stone told Infowars’ Alex Jones Monday.

Stone points out he was never involved in any aspect of the Capitol riot, despite false reports to the contrary.

“The fact that I had came into contact with these individuals proves nothing.”

Stone says that while he and Alex Jones have basically been exonerated by the FBI, certain media outlets have continued to defame him as having some nefarious involvement in the day’s events, including the Palmer Report.

“The claim by Bill Palmer at the Palmer Report – Mr. Palmer is going to be sued for $10 million defamation in the California courts. If he thinks this is a joke, I won’t do it – he’s wrong,” Stone says.

“See you in court, Bill – bring your check book.”

“As senior FBI officials confirmed to the Reuters news service, the FBI found no evidence whatsoever that Roger Stone or Alex Jones was involved in a conspiracy to commit any illegal act on Jan 6,” Stone continued.

Mentioning plans to also sue CNN correspondent Jennifer Rodgers, Stone laid out a challenge to other journalists who wished to put out defamatory statements against him:

“I’ve reached my saturation point, Alex. It’s time to fight back. So let me put any journalist who wants to go step up right on notice: if you accuse me of being involved in any illegal activity on Jan. 6 in Washington DC, you will be met with a lawsuit.

“If in the past you have accused me of being a Russian traitor, you will also be faced with a lawsuit. So lawyer up liberals! I’m not turning the other cheek. I’m coming for you.”

“I did invoke my Fifth Amendment rights to every question not because I have done anything wrong, but because I am fully aware of the House Democrats’ long history of fabricating perjury charges on the basis of comments that are innocuous, material or irrelevant,” Stone told reporters following the hearing.