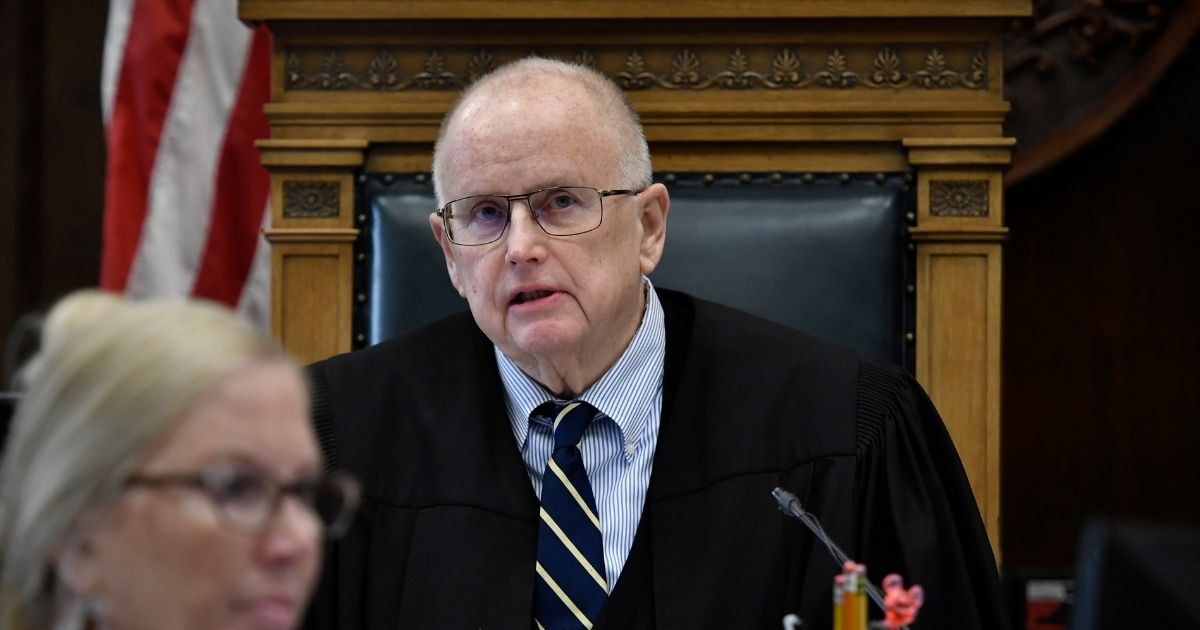 After three days and over 20 hours of jury deliberations in the Kyle Rittenhouse trial, no verdict as of Thursday has caused some to speculate about what the holdup is.

One theory that has arisen in the Twittersphere is a single juror may be the source, and the clue was seen in a jury note sent to Judge Bruce Schroeder on Wednesday.

Juror 54 requested to see FBI aerial video and a “zoomed in image still after Mr. Rittenhouse put down fire extinguisher.”

“This was the phrasing of the prosecution, and clearly indicates the frame of mind of whoever wrote this note.”

The phrasing of this jury request is very telling… “When Mr. Rittenhouse *put down* fire extinguisher”. This was the phrasing of the prosecution, and clearly indicates the frame of mind of whoever wrote this note. pic.twitter.com/bd1gPnoWl0

Juror 54 desperately wants to convict and refuses to concede. https://t.co/IkOMOYeZSF

Prosecutor Thomas Binger caused quite a reaction online during his closing argument Monday when he recreated the moment that Rittenhouse put down a fire extinguisher and raised his AR-15 rifle.

The attorney argued this act is what precipitated Joseph Rosenbaum charging the defendant.

“Under Wisconsin law, you’re not allowed to run around and point your gun at people. This is the provocation,” Binger said.

The defense team objected. saying the prosecutor’s re-enactment had Rittenhouse pointing the gun in the opposite direction than he actually did the night of the Kenosha riot in August 2020.

“That is what provokes this entire incident,” Binger insisted. “And one of the things to keep in mind is that when the defendant provokes the incident, he loses the right to self-defense.”

Do you think Rittenhouse should be acquitted?

During the trial last week, Real America’s Voice correspondent Drew Hernandez corroborated Rittenhouse’s testimony that he acted in self-defense when he shot and killed Rosenbaum.

Hernandez testified that Rosenbaum appeared “triggered and aggravated” in the moments leading up to the shooting. He recounted that Rosenbaum had “led the charge into the gas station” and “was getting physically aggressive.”

“Rosenbaum was charging Kyle Rittenhouse from behind,” Hernandez said.

“Kyle is right at the corner … and turns around and Rosenbaum is lunging towards him very clearly, and Kyle fires,” he recounted.

The defense argued, convincingly, that Rittenhouse would not have shot any of the three men he did during the riot had they not gone after him in a threatening fashion, including one pointing a gun at him.

Rittenhouse acted in self-defense. Hopefully, if Juror 54 or any others have any doubts, they will err on the side of the defendant and acquit.