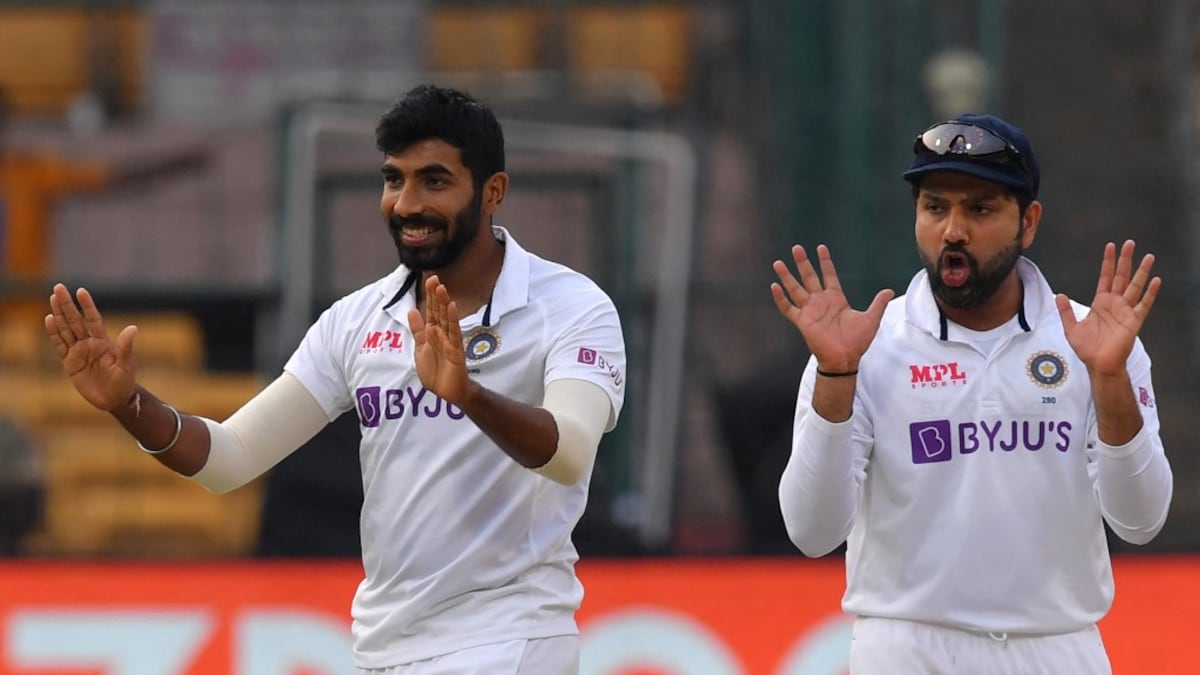 India’s captain Rohit Sharma and star pacer Jasprit Bumrah have been honoured by Wisden as two of their Five Cricketers Of The Year. The two were named along with New Zealand opener Devon Conway, England pacer Ollie Robinson and South Africa Women captain Dane van Niekerk. England skipper Joe Root was named Leading Cricketer in the World in the 2022 edition of Wisden Cricketers’ Almanack. Root had a stellar year in 2021, scoring six centuries and piling on runs for fun even as his team struggled around him.

“Jasprit Bumrah was central to India’s two Test wins last summer, taking three for 33 on the final afternoon at Lord’s, then thrillingly bowling Ollie Pope and Jonny Bairstow in successive overs to hasten his team to victory at The Oval,” wrote Lawrence Booth, editor of Wisden.

“Had rain not washed out the last day of the First Test at Trent Bridge, his nine wickets there might have led to an Indian win, too. In all, he managed 18 wickets at 20 apiece in the four Tests, and scored some unexpected – and crucial – tailend runs,” he added.

“Rohit Sharma was at the heart of his side’s 2-1 lead over England, and played starring roles with the bat at Lord’s, where he made an elegant 83 in treacherous conditions, and at The Oval, where his superb 127 helped India overcome a first-innings deficit of 99,” Booth wrote about India’s new captain.

He also had high praise for Root.

“Root rose above the struggles of England’s Test side to produce one of the all-time great performances in a calendar year. His 1,708 runs have been beaten only by Mohammad Yousuf in 2006 and Viv Richards in 1976, and included six hundreds. And he scored his runs in his fifth year as England captain, at which point many of his predecessors had already called it a day,” he wrote.