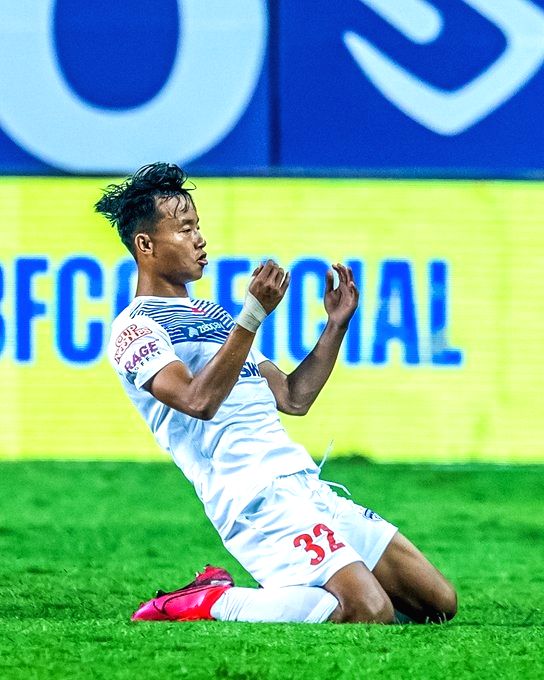 After a barren first half, Roshan scored a sumptuous free kick in the 56th minute to break the deadlock as the Bengaluru FC moved to the fourth position having 20 points from 14 games while Kerala remained in third place with 20 points from 12 matches. They lost for the first time since their first game of the season.

Playing after more than two weeks, Kerala looked rusty in the opening exchanges with Bengaluru looking the more threatening side to break the deadlock. Danish Farooq and Prince Ibara came close to scoring but could not keep their efforts on target before Jorge Diaz’s botched clearance hit Sunil Chhetri and almost went in but an alert Nishu Kumar cleared the ball off the line. Both the defences kept things tight as a cagey half came to an end with both outfits cancelling each other out.

Bengaluru deserved a goal all along and it came from a piece of individual brilliance early into the second half. Roshan, brilliant throughout the game and the season, curled in a delightful free-kick from just outside the box, his magical left foot sending the ball past a diving Prabhsukhan Gill and in the back of the net.

Kerala tried hard to draw level but lacked the cutting edge that have displayed this season in the final third. Harmanjot Khabra powered a volley straight at Gurpreet Singh Sandhu while moments later he was called into action again, smothering an Adrian Luna shot after he was set up by Diaz from the left wing.

Bengaluru came agonisingly close to doubling their lead but substitute Cleiton Silva saw his effort tipped away for a corner at the far post by Gill. Udanta then set up Bruno Silva but his effort flew over the bar as Bengaluru pushed hard to make it 2-0.