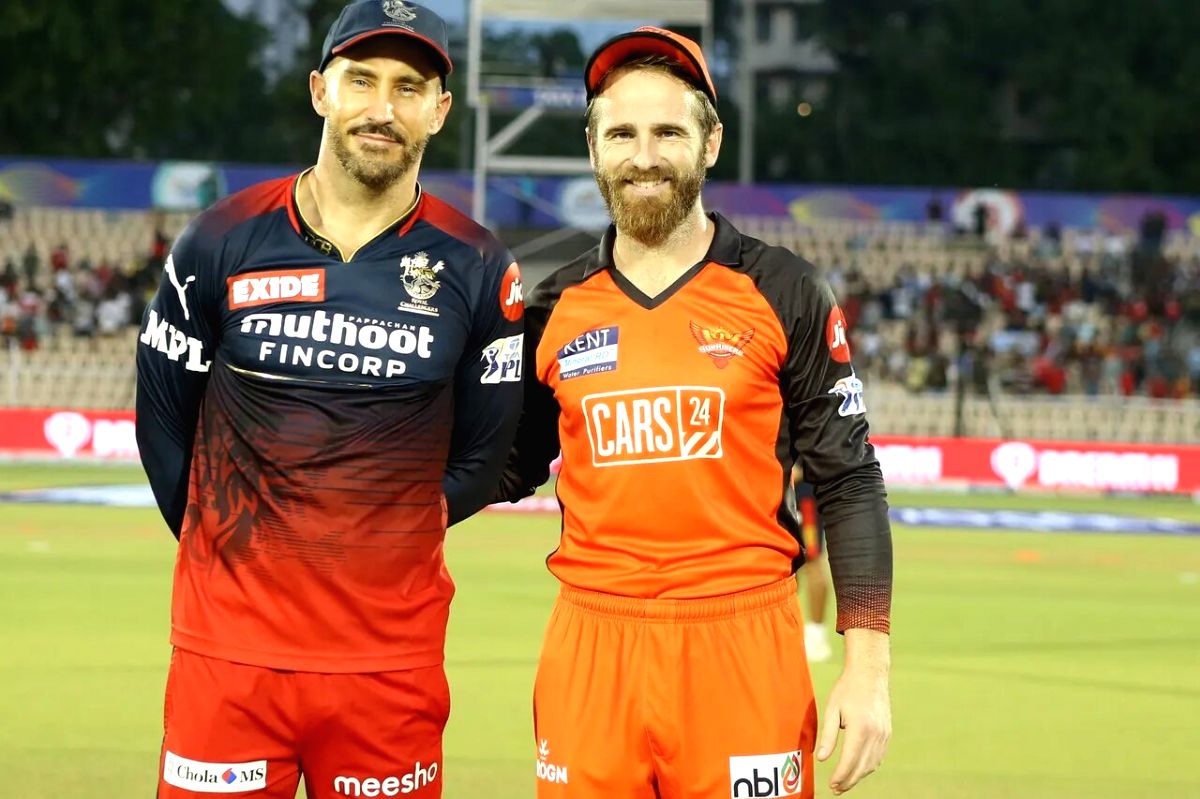 Mumbai, May 8 : Royal Challengers Bangalore skipper Faf du Plessis has won the toss and elected to bat first against Sunrisers Hyderabad in match 54 of IPL 2022 at the Wankhede Stadium on Sunday.

In the last match when these two teams met; Hyderabad won by nine wickets after bowling out Bangalore for just 68.

After winning the toss, du Plessis confirmed that his playing eleven is unchanged from their 13-run win over Chennai Super Kings. “We will look to put up a good score on the board. We needed the win (against Chennai) after sliding down, it boosted the confidence in the batting.”
Du Plessis further expressed confidence over pacer Mohammed Siraj putting up a good performance in Sunday’s match. “The good thing with our bowling is we have had options, Siraj, who’s not had the best of games consistently but he is practicing and doing well in the nets and should come good. The green initiative (for which Bangalore are wearing green jerseys) is a nice one.”
Hyderabad captain Kane Williamson said Afghanistan left-arm pacer Fazalhaq Farooqui and left-arm spin all-rounder Jagadeesha Suchith come into the playing eleven in place of pace all-rounder Sean Abbott and leg-spinner Shreyas Gopal. “I was due to lose to a toss. I was undecided but we have chased well before. We need to the do well with the ball upfront.”
Playing XIs
Royal Challengers Bangalore: Virat Kohli, Faf du Plessis (captain), Rajat Patidar, Glenn Maxwell, Mahipal Lomror, Shahbaz Ahmed, Dinesh Karthik (wicketkeeper), Wanindu Hasaranga, Harshal Patel, Josh Hazlewood and Mohammad Siraj
Sunrisers Hyderabad: Abhishek Sharma, Kane Williamson (captain), Rahul Tripathi, Aiden Markram, Nicholas Pooran (wicketkeeper), Shashank Singh, Jagadeesha Suchith, Kartik Tyagi, Bhuvneshwar Kumar, Fazalhaq Farooqi and Umran Malik