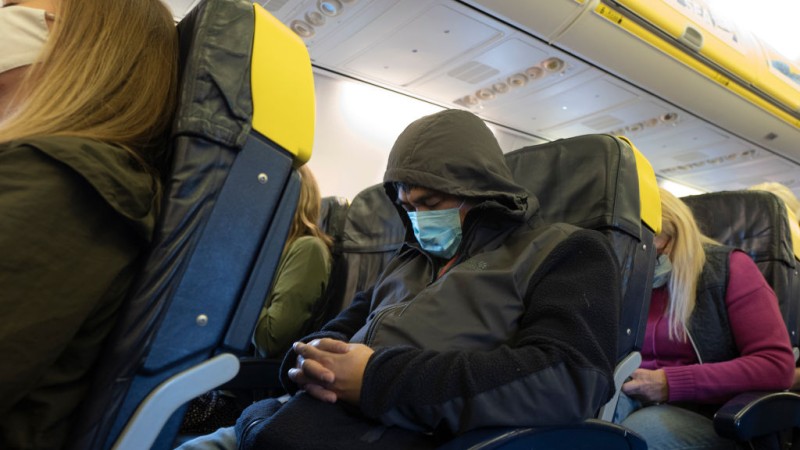 Budget airline Ryanair says that mask mandates on planes will become as ingrained as post-9/11 rules about liquids in carry on bags, suggesting they will basically become permanent.

The comments on face coverings were made by Neil Sorahan, the airline’s finance chief, who suggested rules put in place to fight COVID-19 will become fixed in a similar way to measures introduced after the terror attack on America in 2001.

“Masks will be something that will be with us for a while longer to come. If that is the price we have to pay for the next few months, into summer – it’s a small price to pay,” said Sorahan.

“It’s a bit like after 9/11, we ended up with our toiletries in plastic bags, maybe we’ll have to live with masks for a while longer,” he added.

The company lost between 1.5m and 2m customers after tough restrictions were imposed to fight Omicron, despite the variant proving to be mild.

Ryanair’s CEO Michael O’Leary has repeatedly lobbied for unvaccinated people to be discriminated against, asserting they should be ostracized from society, not allowed to travel, go to the supermarket to get food, or the pharmacy to get medicine.

Mask mandates were introduced despite initial assertions by experts that they would have no impact on stopping the spread of the virus.

The proof of their effectiveness is dubious at best.

The UK government’s own investigation found that the evidence for the efficacy of face masks stopping the spread of COVID-19 in schools is “not conclusive.”

We previously reported on the comments of UK government SAGE adviser Dr Colin Axon, who dismissed masks as “comfort blankets” that do virtually nothing, noting that the COVID-19 virus particle is up to 5,000 times smaller than the holes in the mask.

“The small sizes are not easily understood but an imperfect analogy would be to imagine marbles fired at builders’ scaffolding, some might hit a pole and rebound, but obviously most will fly through,” Axon said.

A study in Denmark involving 6,000 participants also found that “there was no statistically significant difference between those who wore masks and those who did not when it came to being infected by Covid-19,” the Spectator reported.

As we previously highlighted, a speech therapist said that mask wearing during the pandemic has caused a 364% increase in patient referrals of babies and toddlers who have developed cognitive difficulties as a result of adults wearing face coverings.