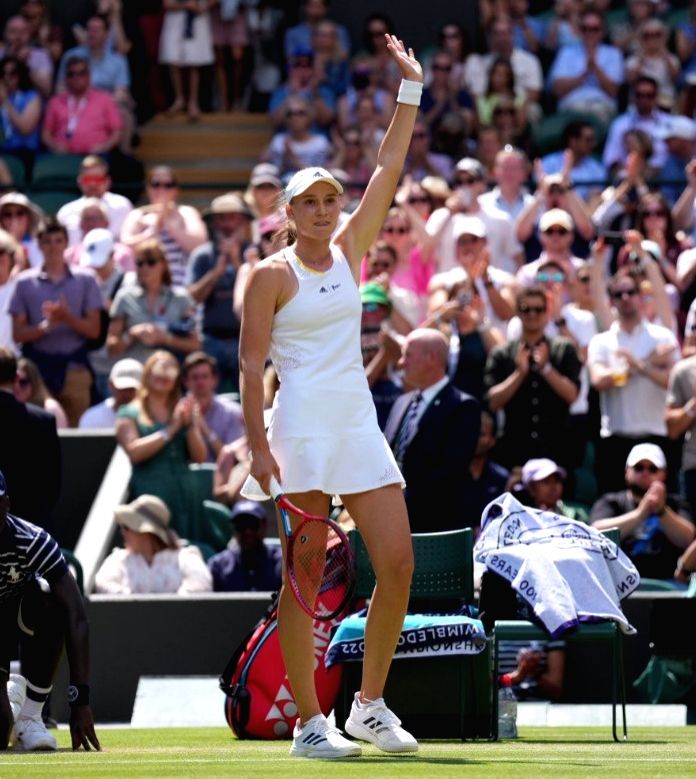 London, July 4 : Elena Rybakina advanced to the Wimbledon quarterfinals for the first time in her career after a hard-fought 7-5, 6-3 win over Petra Martic of Croatia here on Monday.

It took Rybakina, the No. 17 seed, one hour and 20 minutes to overcome the world No. 80 Croatian in a match that was tighter than the 7-5, 6-3 scoreline suggested.

The 31-year-old Martic recovered from a 0-3 deficit in the first set, claiming four games straight to take a 4-3 lead. But helped by her power hitting, the Kazakhstani recovered to level in the eighth game and secured the 46-minute opener in the 10th game.

Rybakina seized the ascendancy when she broke Martic’s serve for a third time in the sixth game of the second set, closing out the victory with a forehand winner on her first match point.

She will face either Alize Cornet or Ajla Tomljanovic in the quarterfinals.

The result takes Rybakina one round further than on her 2021 debut when she made the last 16 and puts her into her second career major quarterfinal following Roland Garros 2021. The 23-year-old becomes the second Kazakh to reach the last eight at SW19 following Yaroslava Shvedova, who made that stage in 2016.

That victory was part of the 21-4 record with which she started that year, a surge that took Rybakina into the Top 20 just before the Covid shutdown.