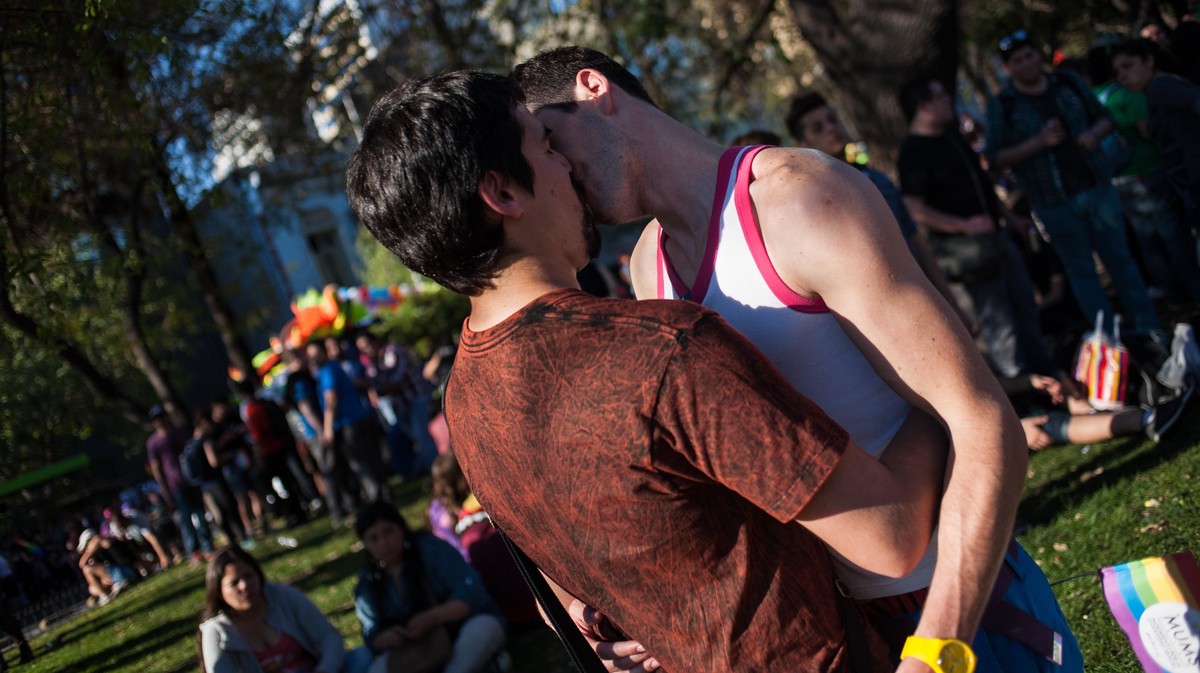 Lawmakers in Chile voted overwhelmingly to legalize same-sex marriage on Tuesday, a landmark shift in a country that is rapidly shedding its identity as one of Latin America’s most conservative.

The vote comes four years after the bill was first introduced in Chile’s congress. It makes the South American country the 31st nation in the world to legalize same-sex marriage and the seventh in Latin America, underscoring the region’s embrace of same-sex couples in recent years.

“Chile has taken a historic and decisive step for the advancement of the human rights of same-sex couples and families with same-sex parents, all of whom, without fail, have been discriminated against and violated since the origins of our country,” the same-sex advocacy group Movilh said in a statement. “The state definition of marriage that existed until today in Chile has collapsed. The homophobic, hetero-normativity and inequality that charaterize it, to the detriment of L.G.B.T.Q. + people, has come to an end.”

Argentina became the first country in Latin America to legalize same-sex marriage, in 2010. Brazil and Uruguay followed in 2013, Colombia in 2016, Ecuador in 2019 and Costa Rica in 2020. Mexico’s Supreme Court ruled in 2015 that bans on same-sex marriages were unconstitutional, and a majority of the country’s 32 states have legalized the unions.

Chile’s bill states that marriage is a solemn contract uniting two people “for all of their lives with the purpose of living together, procreating, and helping each other.” While the country legalized civil unions among same-sex couples in 2015, they didn’t have the same legal protections as married couples, including the power to adopt children.

On Tuesday, lawmakers in the House of Deputies voted 82 votes in favor, 20 in opposition, and 2 abstentions to give same-sex partners the same rights as heterosexual couples. The Senate approved the bill hours earlier with 21 votes in favor, eight against and three abstentions. The legislation has been sent for ratification to President Sebastian Piñera, a major supporter of the measure, and will take effect in 90 days.

The bill had largely stalled until Piñera, a conservative from the right-wing National Renewal Party, urged lawmakers in June to take it up. “I believe the moment has arrived for same-sex marraige in our country,” he said at the time. “In this way, all people, regardless of their sexual orientation, can live with love and form a family with all of the protection that they need and deserve.” Piñera’s support for the measure was instrumental in pushing it forward.

Rodrigo Galilea, a senator from Piñera’s party, said Tuesday that “tolerance toward minorities must not only be theoretical, but must be translated into as many concrete gestures as possible, and I believe that homosexual or equal marriage is a great step,” reported RadioUChile.

Opponents of same-sex marriage — long a majority in Chile — found themselves on the defensive. “This isn’t a day to celebrate, at least not for us,” said Senator Iván Moreira of the Independent Democratic Union party, or UDI, according to RadioUChile. “The president of the republic is partly responsible. He abandoned us when we needed him, especially in terms of his commitment to our values with the Christian community, the evangelical community.”

Chile has undergone a political transformation in recent years. Last year, citizens voted to scrape the country’s dictator-era constitution and write a new one. Abortion-rights activists in Latin America are hoping to broaden access to the procedure in the new constitution that is being written by an assembly where women hold half the seats.