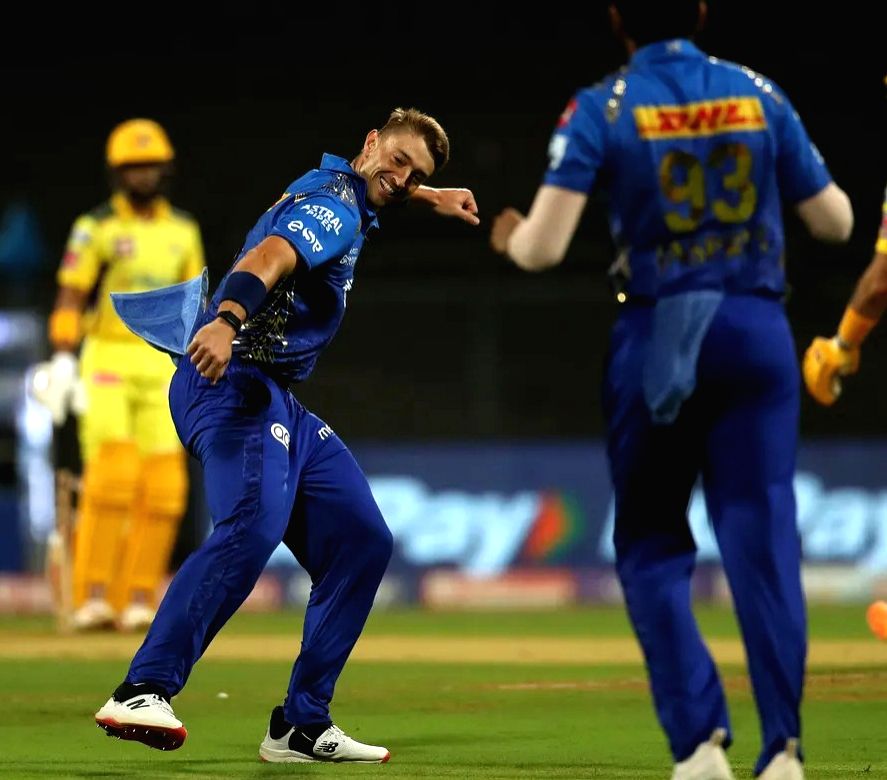 Mumbai, May 12 : Abject poor batting by Chennai Super Kings batters against a superlative bowling effort by the out-of-contention Mumbai Indians saw CSK being bowled out for 97 in 16 overs in Match 59 of the IPL 2022 at the Wankhede Stadium here on Thursday.

Choosing to bowl first, the Mumbai Indians pacers started well, bowled good line and length, and used the conditions well. The ball was coming slow off the pitch but there were no demons on the surface. CSK were unlucky as they could not use the DRS in the first few overs due to some technical issues — during which Devon Conway was hard done by a dodgy decision that he could not review, but their batters too made things easy for Mumbai Indians by playing some unnecessary shots.

Opening the bowling, Daniel Sams claimed 3/16 while Riley Meredith (2/27) and Kumar Kartikeya (2/22) kept up the pressure as CSK struggled to recover from the early blows and ended with a paltry score.

CSK skipper M.S Dhoni waged a lone battle as he remained not out with 36 runs, hitting four boundaries and two sixes. He and Dwayne Bravo raised 39 runs for the seventh wicket before the West Indies allrounder was caught brilliantly by Tilak Varma at short cover. But that was too little and too late as Chennai’s slim hopes of making it to the play hang by a wafer-thin thread.