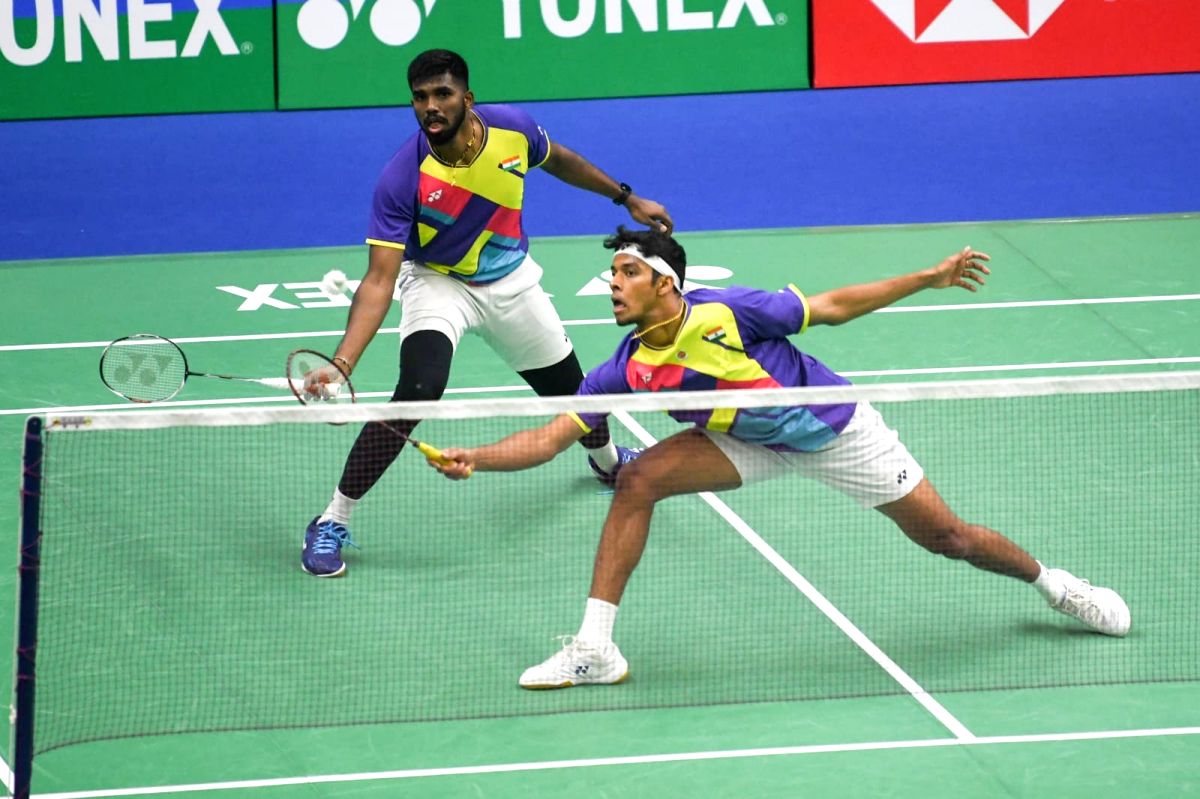 The Indians came into the match as the underdogs as their opposition were ranked second in the world while they were placed at No. 10. But they showed nerves of steel to overcome the pressure of the big stage and beat their opponents 21-16, 26-24. It was their second BWF World Tour Super 500 title after the 2019 Thailand Open.

Commenting on their performance at a post-match presser, Chirag said: “Strategically, I thi’k, it’s one of the best games we’ve played so far.”
He added: “We played a game which was out of our comfort zone, I would say, where we were playing a game, which was not like we usually play.”
When quizzed about whether he has faced any difficulties because of the shadow of Covid-19 on the Indian Open, Satwiksairaj said: “Last year, we played in a similar situation, so we know when we’re in a tournament we will get positive cases.”
He added that the only thing they could do in the circumstances was to focus on the match and not to get distracted by other factors.

Talking about what youngsters should do to prepare, Chirag said: “One thing that youngsters can do is that — uh, I know it is easier said than done because people say that you should just focus on the practice sessions and not really worry about the tournaments.”
The press conference was wrapped up with the duo agreeing that both their Super 500 titles were special in different ways as the first title had them winning good matches from the first round itself, while in this instance, they got to beat the formidable Ahsan-Setiawan pairing in the final.