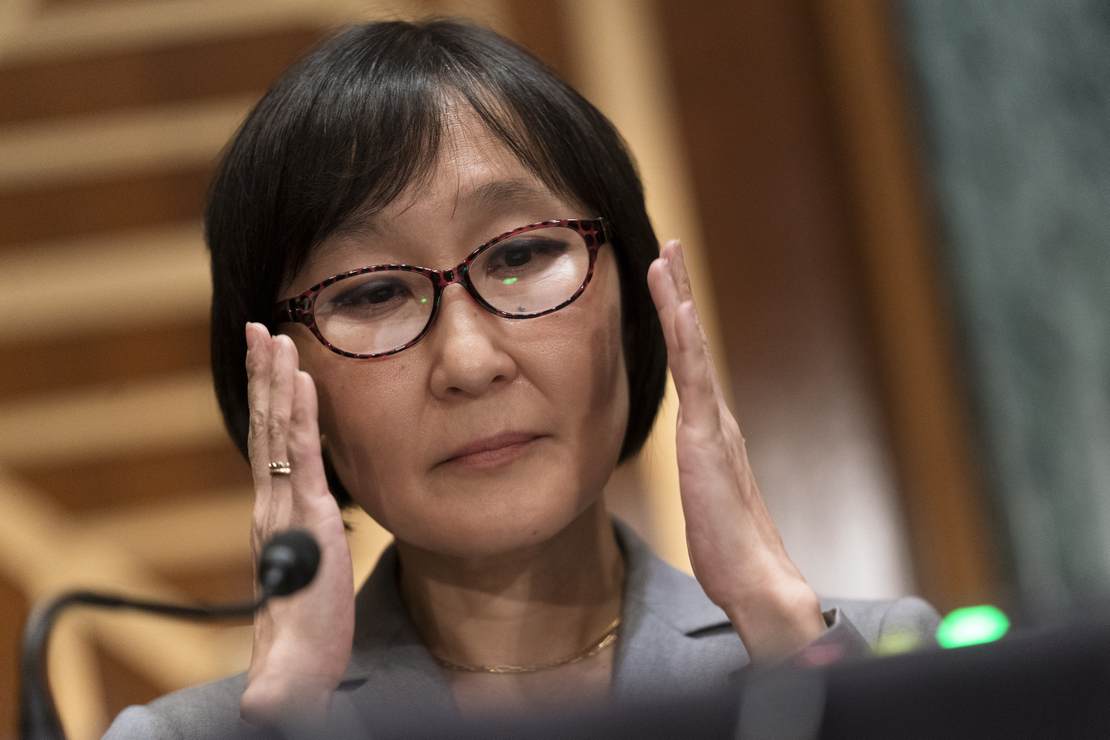 This nomination was over nearly two weeks ago but for some reason, it didn’t end until today. As Ed noted last month, five moderate Senate Democrats told the White House shortly before Thanksgiving that they would not support her. That list of five didn’t even include Joe Manchin who was likely also a no if this had ever come to a vote. So at that point Saule Omarova had zero chance of being confirmed because there was no Republican willing to back her and certainly not half a dozen of them.

Why the White House didn’t drop her nomination over Thanksgiving when no one was paying attention to politics is a mystery. But for some reason, they waited until today to finally put an end to this charade. Both the NY Times and the Washington Post focus on GOP opposition, which as I’ve already noted, isn’t why she had to withdraw. Here’s the Times:

In a letter to the White House on Tuesday, Ms. Omarova said it was “no longer tenable” for her to seek the position of comptroller of the currency. Mr. Biden, who called Ms. Omarova a strong advocate for consumers and a “staunch defender” of the financial system, accepted her request…

Ms. Omarova, who grew up in the former Soviet Union, faced months of criticism from Republicans and bank lobbyists who cast her as a threat to the American economy…

In an exchange that drew gasps from Democrats during Ms. Omarova’s hearing before the Senate Banking Committee on Nov. 18, Senator John Kennedy, a Louisiana Republican, demanded to know whether Ms. Omarova had ever resigned from a communist youth group that Soviet children were forced to join, adding, “I don’t know whether to call you professor or comrade.”

Finally, in the 9th paragraph of a 13 paragraph story we get this admission:

Republican opposition would not have mattered had all 50 Senate Democrats been in favor of Ms. Omarova’s candidacy. Her nomination was ultimately doomed by a lack of support from moderate Democrats.

“I don’t know whether to call you ‘professor’ or ‘comrade,’” Kennedy told Omarova, who pushed back and said her family had suffered under the Communist regime…

But her nomination was fraught for other reasons…

A handful of moderate Senate Democrats had expressed concerns about Omarova’s views, and private meetings with her did not appear to have assuaged them.

What likely did sink her barely gets mentioned by the NY Times, which says only that “bank lobbyists” were concerned about her plan to “replace the banking industry’s functions with services provided by the Federal Reserve.” The Post does a bit better explaining what this means:

Republicans zeroed in on her academic writings in that session. In a 2020 paper titled “The People’s Ledger,” Omarova proposesd the Federal Reserve provide consumer banking services as a “cheaper and more efficient alternative” to deposit accounts offered by private banks.

Better but still not really conveying the basic idea here which is that Omarova was recommending we nationalize all banking and essentially putting an end to private banking. Omarova claimed during the hearings that she wasn’t a communist but if nationalizing the banks isn’t communism, it’s certainly close enough to make Bernie Sanders weep for joy.

Needless to say, if a GOP nominee had published a paper with an equally far reaching proposal such as, say, privatizing Social Security, that idea would gave garnered more than one vague sentence buried halfway down in stories from the Times and the Post. As it is, they are happy to pretend the GOP was overreacting to her academic work without telling readers how extreme those views actually were.