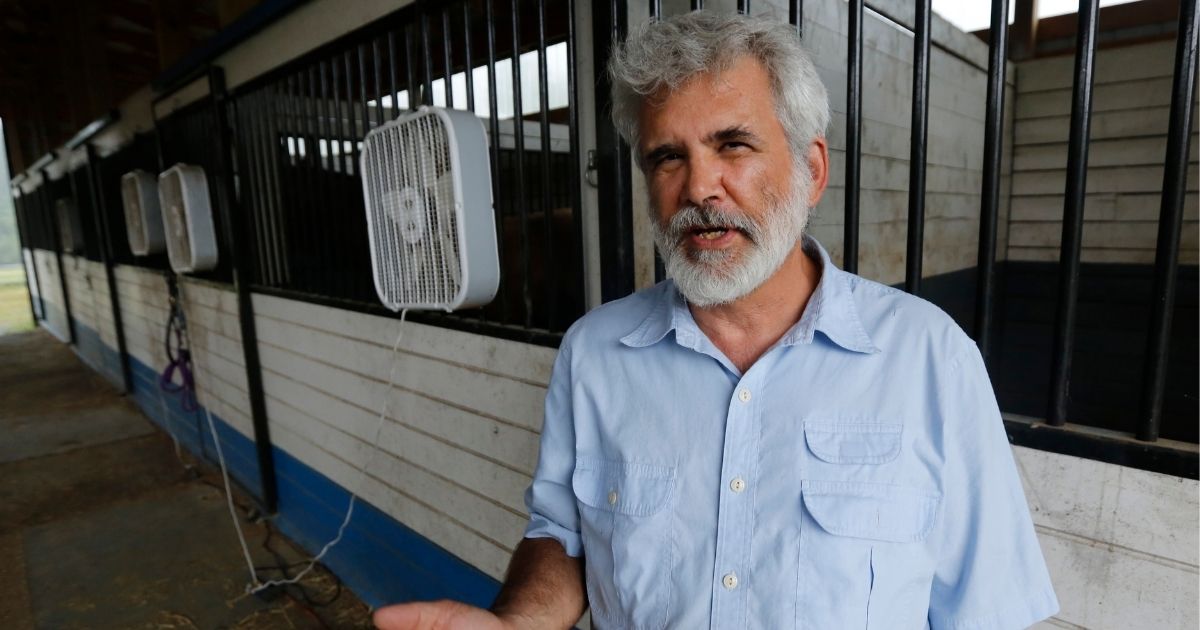 Vaccine scientist Dr. Robert Malone — who was banned from Twitter on Wednesday for “misleading” people about the risks he believes are associated with the Pfizer COVID-19 vaccine — will now get a chance to share his views on one of the biggest social media platforms on the planet: Joe Rogan’s podcast.

Rogan has not been afraid to wade into the fray of the controversies surrounding COVID-19 mandates, vaccines and treatments.

Earlier this month, he hosted Dallas-based cardiologist Dr. Peter McCullough who, among other matters, took issue with policymakers who are laser-focused on getting people vaccinated while all but ignoring the promotion of what McCullough says are effective COVID treatments.

Malone — who helped invent mRNA vaccine technology, which is the basis of the Pfizer and Moderna vaccines — tweeted this week that the Pfizer vaccinations for COVID-19 are doing “more harm than good.”

Malone wrote on Substack Wednesday that Twitter permanently suspended him afterward, and said, “We all knew it would happen eventually.”

“Today it did. Over a half million followers gone in a blink of an eye,” he lamented. “That means I must have been on the mark, so to speak. Over the target. It also means we lost a critical component in our fight to stop these vaccines being mandated for children and to stop the corruption in our governments, as well as the medical-industrial complex and pharmaceutical industries.”

Dr Robert Malone the inventor of the mRna vaccines tweeted a video explaining from the data about the harms from the Pfizer vaccine, & the problems with its clinical trials. For this @Twitter suspended his account! This is the level of censorship on twitter! Just Vax propaganda pic.twitter.com/WsCozsbfQT

However, on Thursday, Malone reported the good news that he sat down with Rogan. The interview was published on Friday.

“So, I spent the afternoon in Austin, Texas. Met the amazing Joe Rogan. Someone speaking truth to power. The talk was intense and honest and mind blowing,” Malone wrote.

Joe Rogan questions big tech for censoring “one of the most qualified people in the world to talk about vaccines”Dr. Robert Malone.

The doctor addressed the topic of Big Tech censorship, telling Rogan, “I try really hard to give people the information and help them to think, not to tell them what to think.”

“The point is if it’s not okay for me to be part of the conversation, even though I’m pointing out scientific facts that may be inconvenient, then who is — who can be allowed?”

“The Joe Rogan Experience” podcast is among the most popular in the United States, averaging an estimated 11 million listeners per episode, according to Newsweek.

Malone had been scheduled to appear on Rogan’s show before Twitter suspended him, but the social media giant’s move is likely to cause interest in the episode to spike.

Twitter permanently banning Dr. Robert Malone the day before appearing on @joerogan’s podcast may end up being the greatest Streisand Effect on record pic.twitter.com/RgbninWATF

On his website, Malone says his mission is “to ensure vaccine safety, make sure that children are protected, stop and/or limit the vaccine mandates, to identify and teach about lifesaving treatments for COVID-19 and other pandemics. My goal is to save lives.”

The Atlantic, in an August piece critical of Malone, noted that the scientist is not opposed to vaccinations.

“His objections to the Pfizer and Moderna shots have to do mostly with their expedited approval process and with the government’s system for tracking adverse reactions. Speaking as a doctor, he would probably recommend their use only for those at highest risk from COVID-19. Everyone else should be wary, he told me, and those under 18 should be excluded entirely,” Tom Bartlett wrote for the publication.

Do you think social media censorship has hurt the country’s COVID response?

According to Bartlett, Malone’s concerns at that time were that the Pfizer and Moderna vaccines “might actually make COVID-19 infections worse.”

The Centers for Disease Control and Prevention states on its website that the COVID-19 vaccines “were developed using science that has been around for decades.”

Further, they are “much safer than getting COVID-19” and “are effective at preventing severe illness from COVID-19 and limiting the spread of the virus that causes it.”

The CDC says it is continuing to “monitor and detect issues that may not have been seen during the COVID-19 vaccine clinical trials. If any vaccine safety issues — also called adverse events — are reported, CDC scientists can quickly study them and determine if there is a safety concern with a particular vaccine.”

Appearing on the Fox News program “The Ingraham Angle” last week, Malone stated the omicron COVID variant may well do what vaccines have not been able to fully accomplish to date: provide strong immunity.

“Now here’s the good news,” Malone continued. “The number of deaths from omicron worldwide is less than 10 [by] my last count.”

“If you believe in a God, this looks an awful lot like a Christmas present,” he said, pointing out that rather than going into the deep lungs as delta and other prior variants did, which can lead to serious illness, omicron has shifted to the upper airway, indicating the virus is weakening.

“So the good news with omicron is very low disease, highly infectious. It looks an awful lot to the experienced vaccinologist like a live-attenuated virus vaccine that you might design for purpose,” Malone said. “It’s going to elicit a strong mucosal immune response.”

“This is about as good as we could possibly want right now in terms of outcomes.”

I really like what Dr. Robert Malone just said on @IngrahamAngle: ‘This [omicron variant] very much looks like a live attenuated vaccine that a vaccinologist might design on purpose.’ Wow.

Reuters reported Thursday that COVID-19 deaths and hospitalizations in the U.S. are “comparatively” low even as omicron surges.

Additionally, The New York Times highlighted the omicron wave has passed quickly through South Africa with no huge spike in deaths.

Thank God for platforms like Rogan’s podcast that encourage public debate and dialogue, and thanks to Twitter, many more will likely tune in to see his latest episode.