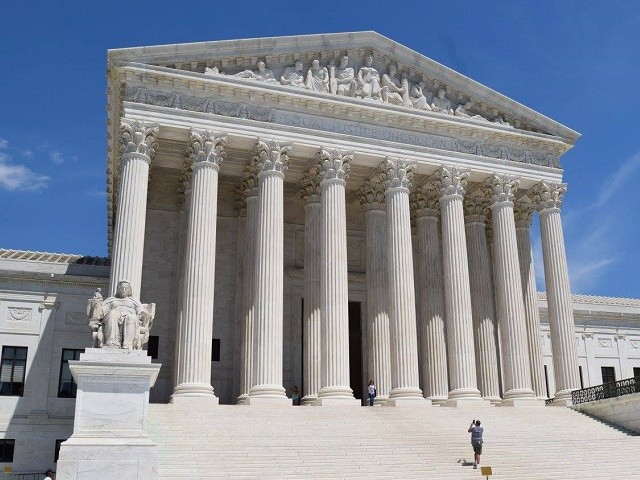 The 5-4 ruling allows maps drawn in a special session of the Alabama Legislature last year to stand, which likely keeps Alabama’s congressional mix at six Republicans and one Democrat.

The conservative majority said a three-judge panel lower court decision that would have required the Yellowhammer State to create a second majority-minority district came too close to the 2022 election cycle. Chief Justice John Roberts joined the three liberal justices in dissent.

The lower court ruling made by U.S. Circuit Judge Stanley Marcus and U.S. District Judges Anna Manasco and Terry Moorer last month came as Alabama was approaching its May 24 primary date and came within days of the political parties’ qualifying deadline.

Alabama congressional map as passed by the Alabama Legislature, October 2021

The initial court decision could have had broad implications for the balance of power in Congress. It could have forced a head-to-head match-up between two of the state’s congressional delegation incumbents, with some speculating a primary contest between freshman Reps. Jerry Carl (R-AL) and Barry Moore (R-AL).

The case is Merrill v. Milligan, No. 21A375 in the Supreme Court of the United States.