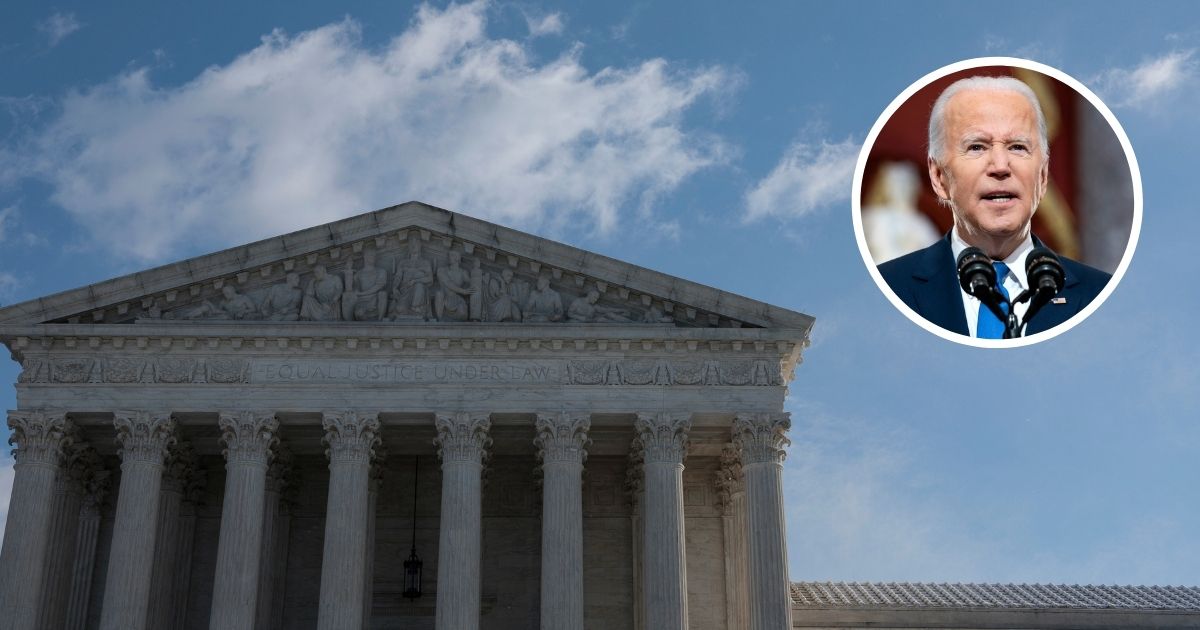 The Supreme Court heard arguments on Friday regarding vaccine mandates imposed by the Biden administration. At least some of the justices signaled their skepticism.

The court was not of the view that vaccine mandates of any sort are unconstitutional. Indeed, the conservative justices seemed open to the idea that states have the authority to require vaccination.

However, the federal government mandating something is very different. Chief Justice John Roberts said the Biden administration was trying to “cover the waterfront” with the mandates and that the issue may be one for Congress instead.

“This has been referred to … as a workaround,” Roberts said. “This is something that the federal government has never done before.”

He added that the coronavirus pandemic “sounds like the sort of thing that states will be responding to or should be and that Congress should be responding to … rather than agency by agency the federal government, the executive branch acting alone.”

Way Worse Than Jan. 6: The Time Leftists Blew 15′ Crater in US Capitol, Breached with Literal Bomb

“Why isn’t this a major question that therefore belongs to the people’s representatives of the states and in the halls of Congress?” Gorsuch asked.

Of course, the answer to this question is that President Joe Biden knows he would not have success if he tried to push his mandates that way. It is unlikely that he would garner enough support in the 50-50 Senate to enact them via legislation.

As a result, Biden attempted to bypass the checks and balances put in place for the federal government by issuing an overreaching order. Given the left’s tendency to argue for pure, unchecked democracy, it is not surprising that a Democratic leader would be able to justify this action in his mind.

To the disappointment of many leftists, however, there are checks and balances in place, and that is why Gorsuch and Roberts are rightly skeptical about Biden’s vaccine mandates.

Do you think the Supreme Court will strike down Biden’s vaccine mandates?

Some of the liberal justices attempted to make the case that the federal government does have the power to mandate vaccines, but their arguments are not supported by the Constitution.

Kagan is essentially saying that Biden ought to be able to mandate vaccines because the country is in a time of crisis. This claim is dubious for a couple of reasons.

First, while the president does have the power to issue executive orders, those orders “must come from the Constitution or federal law,” The Heritage Foundation explained.

Oops! Lawyer In SCOTUS Mandate Case Tests Positive Despite Being Vaxxed and Boosted

The president is not allowed to simply bestow new powers upon himself as he sees fit. Even a so-called “public health crisis” does not grant unilateral power to the executive.

Second, there are legitimate questions as to whether the virus even presents a true crisis at this stage. While cases are still very prevalent, death rates are dropping steadily and the omicron variant is proving to be much less severe.

Even if one does believe that we are still in the midst of a health crisis, he would be hard-pressed to prove that vaccine mandates would bring that crisis to an end. Huge numbers of vaccinated people are still contracting COVID-19. It has become clear that the vaccine does not necessarily prevent the disease.

It may be true that the vaccine prevents severe cases and is contributing to lower death rates. But the left has assured us that lower death rates do not signal the end of the pandemic as long as case numbers are still up.

While the concerns expressed by Roberts and Gorsuch fall in line with the Constitution, Kagan’s assertions are rather easily debunked.

This does not necessarily mean Biden’s mandates will be shot down by the high court, but it is at least a sign of hope for conservatives who believe in medical freedom.