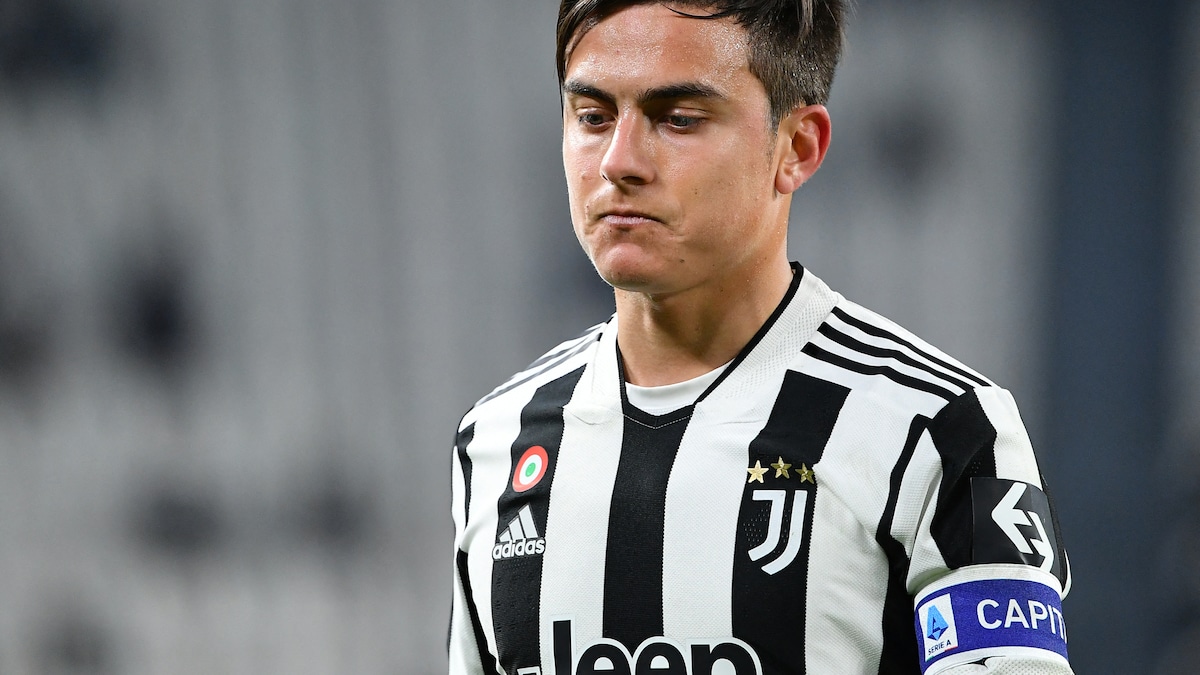 Paulo Dybala was on target as Juventus beat Covid-hit Udinese 2-0 on Saturday and appeared to send a message to the club over contract talks, while Ciro Immobile leads the Serie A scoring charts after his early double helped Lazio to a 3-0 win at rock-bottom Salernitana. Argentina forward Dybala swept home a classy finish from Moise Kean’s lay-off to put Juve ahead in the 19th minute of a largely drab contest at the Allianz Stadium in Turin, but it was his reaction to the strike which raised eyebrows.

He did not celebrate his seventh Serie A goal of the season and shot a stern look to the stand where the Juve hierarchy was sitting, with observers suggesting he was making clear his unhappiness about the delay to the renewal of his contract.

Dybala explained the glare by saying he was looking “for a friend who I’d invited to the game”.

When asked by Sky Sport Italia whether fans should believe him, Dybala said: “I don’t know, that’s up to you.”

The 28-year-old’s current deal expires at the end of the season and he is waiting to sign an extension which Italian media report should take his annual salary up to eight million euros a season ($9.1 million), plus a further two million euros of bonuses.

The Gazzetta Dello Sport reports that the deal had already been agreed in principle for some time but that Dybala has been frustrated by continued stalling by the club.

“Lots of things have happened that I would prefer not to talk about,” Dybala said, when pressed on the renewal.

Udinese had nine players out of action with Covid-19 infections and struggled to lay a glove on an underwhelming Juve team which was missing central defensive pair Giorgio Chiellini and Leonardo Bonucci.

They sit 14th, four points above the relegation zone alongside Sampdoria, who lost 2-1 to Torino in Saturday’s early match.

Italy forward Immobile netted twice in the first 10 minutes at Salernitana to give the away side a lead that they never looked like relinquishing and take his league tally to 17, one more than Fiorentina’s rising star Dusan Vlahovic, in 18 appearances.

After scoring his 140th league goal with Lazio, where he has played since 2016, Immobile hit back at criticism of his performances for the national team, where he has been much less prolific in front of goal.

“I’m a European champion, and my stats speak for themselves, I don’t need to respond to that stuff on TV or on social media,” said Immobile, who has scored 15 times in 54 caps for Italy.

“I scored twice at the Euro, scored 140 goals in Serie A with Lazio, I’ve won the European Golden Shoe… these are things that speak for themselves, I don’t need to say anything.”

Manuel Lazzari scored the other goal in a win which moved Lazio into sixth place, six points off the Champions League positions having played two games more than Atalanta.

Salernitana, who announced three new Covid-19 cases shortly before kick-off, stay in last place after their 15th defeat of their first season in Serie A in over two decades.

They are six points away from 17th-placed Venezia after losing to a team owned by Claudio Lotito, whose ownership also of Salernitana almost led to the promoted club being booted out of Serie A until they were saved at the last minute by new owner Danilo Iervolino.