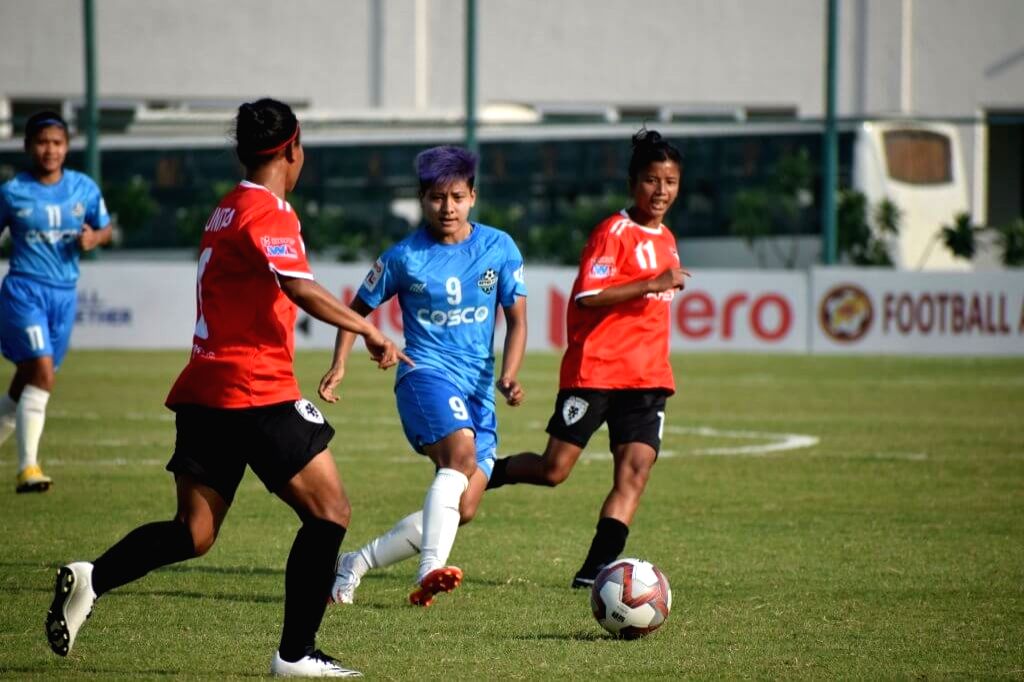 After this win, Sethu FC climbed up to the top of the points table with 21 points from 7 matches.

And all this came about with a good performance, scoring with an early goal.

In the 12th minute of the game, Anju Tamang opened the scoresheet for Sethu FC. PIFA provided plenty of space inside the box which Anju rightly utilised to send the ball to the back of the net.

Minutes after Durga doubled the lead in the 18th minute as Sethu continued to run riot. The goal shower continued with Renu scoring the third from the spot-kick in the 21st minute.

PIFA tried hard to make a mark in the game as they made some quick changes. At last, Nisila pulled one goal back for PIFA making it 1-3.

But soon after the goal, the Tamil Nadu club was down to ten within the 40th minute. After Kowsalya was sent off by the referee for a challenge from behind over Zarastyn.

Going into the breather PIFA maintained the lead as it remained 1-3.

After the breather, the scoreline remained the same till the regulation time as Sethu kept on dominating the game. Finally, in the added time Sandhiya scored the winner to ensure Sethu’s winning run continues in the HIWL. With enough space in the middle, Sandhiya did no mistake to slot it home easily to make it a 1-4 win for her side.