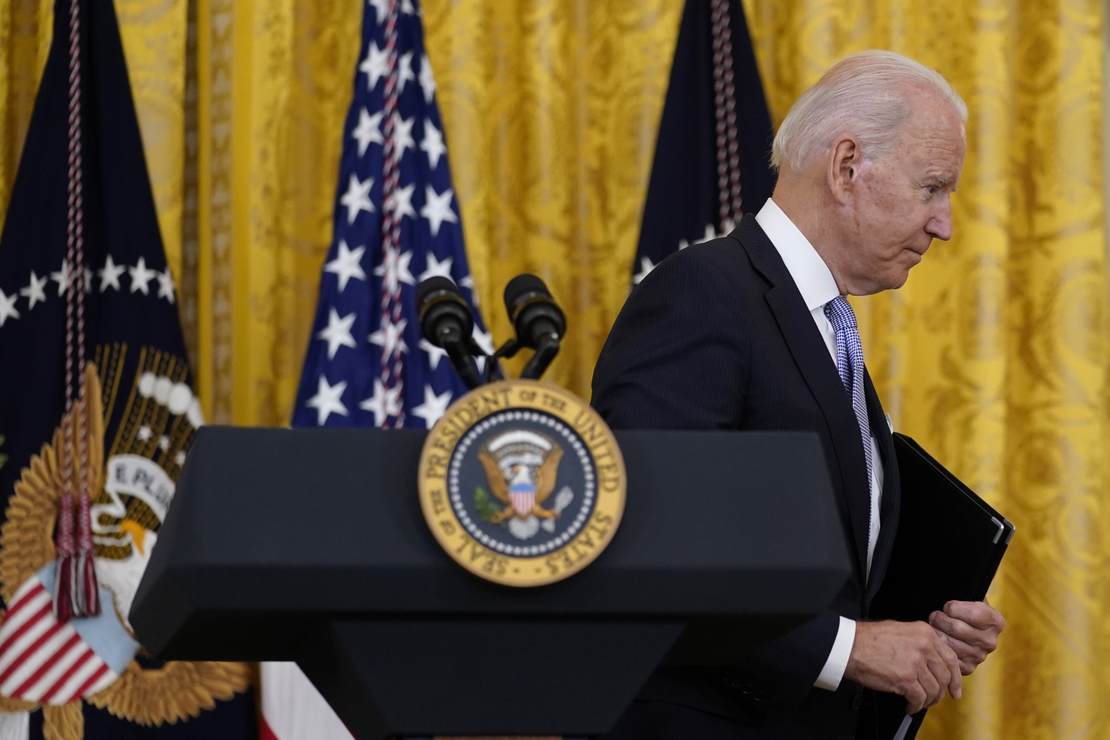 And Joe Biden thought his job approval numbers look bad. They do, of course, but according to the latest Harvard CAPS/Harris poll, his re-elect numbers look worse. Seventy-one percent of respondents do not want Biden to run in 2024, leaving 29% — about nine points lower than his current RCP average — backing Biden’s re-election.

By golly, I think we found Biden’s floor. Maybe:

Seven in 10 Americans say they do not want President Biden to run for a second term, according to a new poll that comes as Biden’s approval numbers remain low and his party braces for losses this November.

A Harvard CAPS–Harris Poll survey shared exclusively with The Hill found that 71 percent of respondents polled do not think Biden should run for a second term, compared to 29 percent who say he should run.

How bad is it? Pollster Mark Penn told The Hill that Biden would only get 30% support in a Democratic primary. The general-election numbers should be bad enough to generate interest in one, too. If you add 45% and 25% and 33%, you get … 103%, no? Clearly these reasons overlap each other. There appears to be a significant contingent who feel that Biden is a bad president and he’s too old and it’s time for a change.

Biden actually scores worse than Donald Trump on re-elect opinion in this poll by ten points. Not that Trump’s numbers are anything to write home about either:

But a majority of respondents — 61 percent — also say former President Trump should not run for the White House in 2024. Thirty-nine percent of respondents said the former president should run again.

Among the respondents polled who believe Trump should not make another bid in the next presidential cycle, 36 percent said Trump was erratic, 33 percent said he would divide the country and 30 percent said he was responsible for Jan. 6, 2021, when a mob of pro-Trump supporters ransacked the Capitol in an effort to stop Congress from certifying the election results.

That’s good data for the GOP when the primary season opens up after the first of the year. In a Biden v Trump rematch, the Harvard/Harris poll notes, 60% of respondents would consider voting independent — and that includes 53% of Republicans, along with 64% of Democrats. Neither party can say they weren’t warned.

However, Republicans already know they’ll have a presidential primary, and they also have a bench for it. Democrats have a first-term incumbent president and no bench. They desperately need a strong enough alternative to push Biden out, but … who would that be? Gavin “French Laundry” Newsom, who barely avoided a recall last year? Or another of its clique of grayhairs born before rock and roll was invented?

Note well when they conducted the survey, too — June 28 and June 29. The Supreme Court released the Dobbs and Bruen decisions almost a week earlier. Democrats have used both, but mainly the demise of Roe in the Dobbs decision, as an argument for electing their party in the midterms. They have also used the recent Supreme Court decisions and the January 6 committee hearings to paint Trump as the worst threat to the nation. And yet, while both men have terrible re-elect numbers, Biden’s are ten points worse and his party’s more likely to vote independent by eleven points in a rematch.

The first party that figures out that voters want a fresh start in 2024 will hit the electoral jackpot. It’s possible that both parties will fail to realize this, but at least the GOP has good alternatives at hand.