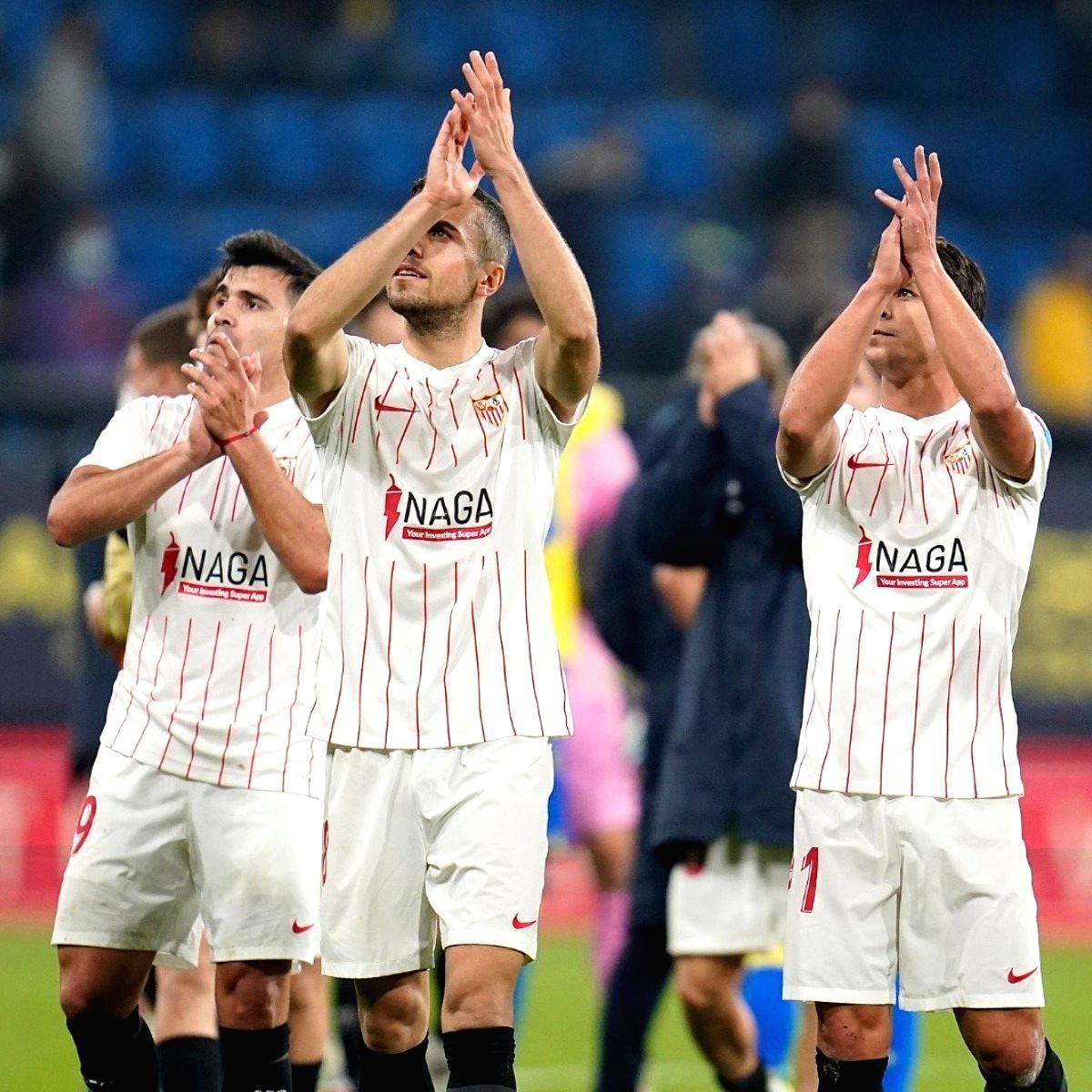 Madrid, Jan 4 : Sevilla moved to within five points of La Liga leaders Real Madrid and with a game in hand after their 1-0 win away to Cadiz.

Lucas Ocampos’ 58th-minute goal on Monday night separated the two sides as Sevilla overcame a host of absences of players such as Rafa Mir, Erik Lamela, Youssef En-Nesyri and Suso to claim a vital win.

An even game was decided by Ocampos’ left foot shot 13 minutes into the second half, but Sevilla’s task will be much tougher in the coming weeks as they lose players such as Munir, Bono and En-Nesyri to the African Nations Cup.

Villarreal continue to climb the table with their fourth consecutive league win with two goals from Gerard Moreno and opening goals from Boulaye Dia and Pau Torres in a 5-0 thrashing of bottom of the table Levante.

Manu Trigueros also got on the scoresheet as Villarreal enjoyed an easy win against the side that remains bottom of the table without a single win in the first half of the season, Xinhua reports. Oihan Sanchet scored a hat-trick as Athletic Club Bilbao came back from a goal down to claim their second away win of the season with a 3-1 triumph away to Osasuna.

On Sunday Real Madrid lost 1-0 to Getafe, while Atletico Madrid beat Rayo Vallecano 2-0 and Barca claimed a 1-0 triumph in Mallorca.