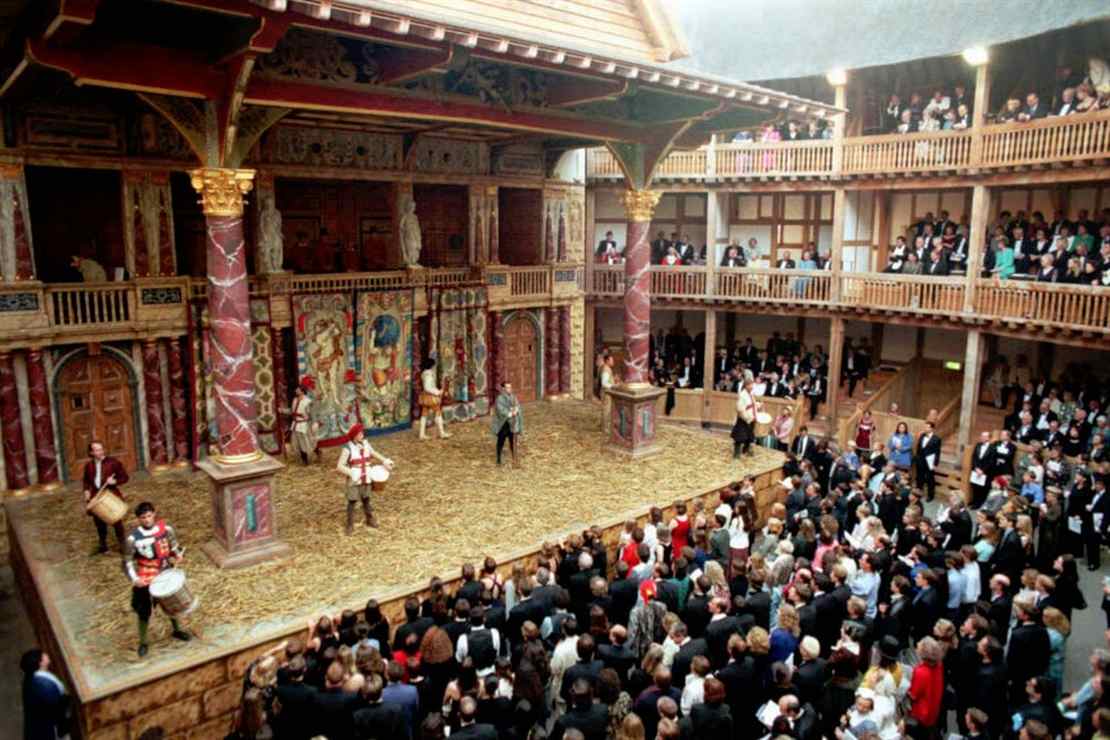 There are two things that a theater has to do to survive. One is to present performances the public is willing to pay to see. The other is to generate enough interest to draw people in. Shakespeare’s Globe may or may not be doing the first thing with this production but they’re definitely doing the second. The Globe, which sits on the River Thames in London not far from where the original Globe Theater was located (sadly the original is now a parking lot), is presenting a new play called “I, Joan” which tells the story of Joan of Arc using they/them pronouns.

Our new play I, Joan shows Joan as a legendary leader who uses the pronouns ‘they/them’. We are not the first to present Joan in this way, and we will not be the last. We can’t wait to share this production with everyone and discover this cultural icon.https://t.co/19T7baWsRk pic.twitter.com/lrgOC59TvQ

NBC News has more on the production:

A patron saint of France, who is beloved for her role in the Siege of Orleans between 1428 and 1429 — a major French military victory over the English during the Hundred Years War — the new interpretation of her life will be performed at the theater that was home to famed British playwright William Shakespeare.

Nonbinary actor Isobel Thom will play the role in “I, Joan,” scripted with “they” and “them” pronouns by Charlie Josephine, who is also nonbinary, the Globe said in a news release. It will directed by Ilinca Radulian, who identifies as a woman.

“Our story of Joan is full of joy and love and hope and magic and revolution,” Thom told NBC News by email Saturday.

“Storytelling and art is a platform to share experiences, to stretch imaginations, to excite and inspire, to explore language, and to represent. People and communities deserve to be championed, and there’s no limit to the number we can do that for,” Thom added.

Not everyone is thrilled about the new production. A number of people have pointed out that taking one of the few women in history to have led an army and making her something other than a woman is taking something away from women in general.

She said: ‘This demonstrates just how our arts and creative industries have taken on the woke mantle without realising that ‘being kind’ to one group of people actually hurts and damages another important and fundamental group.

‘Joan of Arc was female. Her early years were spent cooking and cleaning and looking after the animals. When she was 10 she had a vision that she was to fight for France. In order to do this she took on the outward appearance of being male.

‘This had nothing to do with ‘feelings’ and everything to do with the biological reality and disadvantage that being female brought. Many women throughout the ages have had to adopt ‘maleness’ in order to be taken seriously and advance their ambition.

Joan of Arc. One of the most famous and influential women of all time. Reduced to this. ⬇️ https://t.co/Csheuk4HNs

Joan of Arc doing all of the incredible things she did ***as a woman*** is a ***pretty key*** element of her story. https://t.co/vHiMvLIIeT

Michael Knowles argued this approach doesn’t even respect the woke left’s own rules about misgendering people.

The libs are now misgendering an actually saint and refusing to use her preferred pronouns. https://t.co/EHVZPhLwY4

This one is from a satirist.

Can’t believe the usual bigots (women) are triggered by this. It’s a historical fact that Joan of Arc rode into battle under the 🌈 flag. She was later burned by transphobes for being non-binary. Stop erasing LGBTQIA+/&@#* people from history. https://t.co/UM9vnSW2PC

“Every record has been destroyed or falsified, every book has been rewritten, every picture has been repainted… And that process is continuing day by day and minute by minute. History has stopped. Nothing exists except an endless present in which the Party is always right.” https://t.co/WoyFIMQp6O

JK Rowling liked this tweet about the play (2nd below).

Coming next: Napoleon was a woman because he was defeated at Waterloo.

And that of course generated its own headlines.

I’ve seen a lot of productions of Shakespeare’s plays (as well as many of the films). It’s very normal for directors to try to update the setting of the plays to something more contemporary. Some productions have been set in the present day and some even in the future. That kind of experimentation is nothing new in the theater. It’s why the idea of a musical about Alexander Hamilton in which all the players are black didn’t seem that odd to many people.

I’ve been to the Globe Theater in London once, a few years ago. I saw a production of Romeo and Juliet which tried to update the costumes and setting in a way that was hard to pin down. There were characters carrying boom boxes and others wearing animal masks and track suits. It didn’t work in my opinion and only served to distract from the story. Sometimes experiments work and sometimes they don’t.

In this case, we’re not dealing with a historical play but a new play. The idea of making Joan nonbinary seems sort of obvious. After all she did dress like a man and hold what was then a male job. And the fact that she was eventually captured and burned at the stake makes a perfect ending for a story about the persecution of trans/nonbinary people, which I suspect is the whole point of the play.

On the other hand, I can see why a lot of women find this offensive. The whole reason Joan’s story was so remarkable was that she was a woman who did things women were not allowed to do at that time. She wore men’s clothes not because she was nonbinary but because she wore armor. She was a female warrior at a time when that was not a path open to women. Making Joan nonbinary and having her use they/them pronouns implies that she wasn’t exactly a woman or didn’t see herself that way. It sort of undercuts what many women would say was most inspirational about her story, i.e. she was a woman who refused to let the world define or limit what a woman could be. That story only really works if she was a woman.

I don’t’ know if the play is any good but, as I said up front, they’ve certainly gotten a lot of media attention out of the controversy. That could result in a full house of people who are either ideologically committed to the concept of the play or curious what all the fuss is about. Either way the theater is putting butts in seats. But ultimately these things always run on word of mouth. It will only continue to appeal to audiences if the play is good.