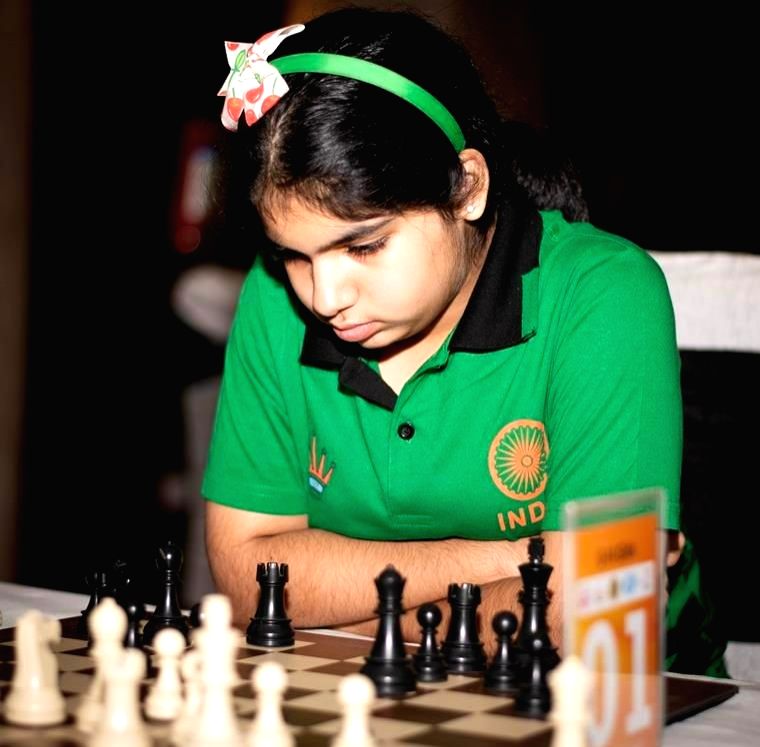 New Delhi, March 22 : Delhi’s 14-year-old Shivika Rohilla came up with an inspired effort to beat Grandmaster RR Laxman in the first round of the 19th Delhi International Grandmasters Chess tournament that got underway here on Tuesday.

Shivika came up with her best performance so far as she matched the Grandmaster move-for-move for a long time. Laxman enjoyed the advantage throughout the game with white pieces but Shivika was quick to pounce on an opportunity that netted her a fine game.

Grandmaster Cristhian Camilo Rios of Colombia was held to a draw by Fide Master Muhammed Shuaau of Maldives on a day when most of the top seeds sailed through in the opener over their lesser-known rivals.

Rios found the going tough in the early phase itself and Shuaau was able to pull off a half-point without much ado.

National Champion and top seed Arjun Erigaisi started his campaign in style by beating Manigandan S.S and five-time Commonwealth Champion and defending champion of 2020, Grandmaster Abhijeet Gupta made a winning start at the expense of Women International Master Angela Franco Valencia of Colombia.