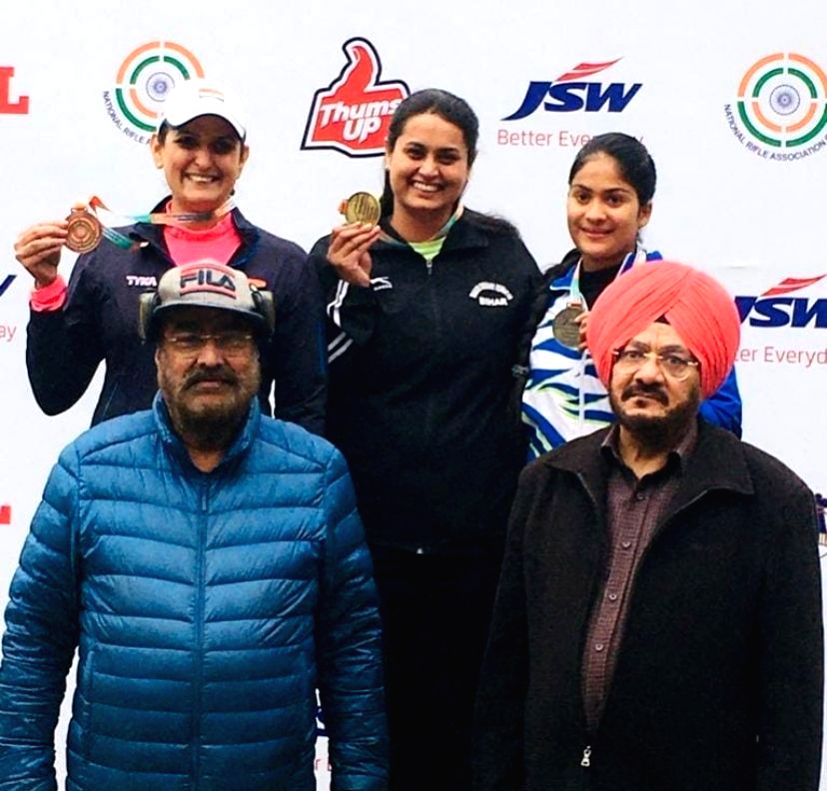 This was Shreyasi’s fifth individual career National title and her second in Women’s Trap.

The reigning Commonwealth Games Champion won with a finals score of 34, ahead of Madhya Pradesh’s Pragati Dubey and ONGC’s Shagun Chowdhary, who ended with scores of 31 and 27 respectively.

In the Junior Women’s Trap, Aadya Tripathi from Delhi bagged the gold with a final score of 38 ahead of Delhi’s Divya Singh and Bhavya Tripathi with scores of 36 and 28 respectively.

In the 50m Rifle Prone Men’s Nationals, Swapnil Suresh Kusale from Railways was declared the champion with a total score of 625.40x. Aishwary Pratap Singh Tomar and Goldi Gurjar from Madhya Pradesh came second and third respectively with scores of 623.80 and 623.40.