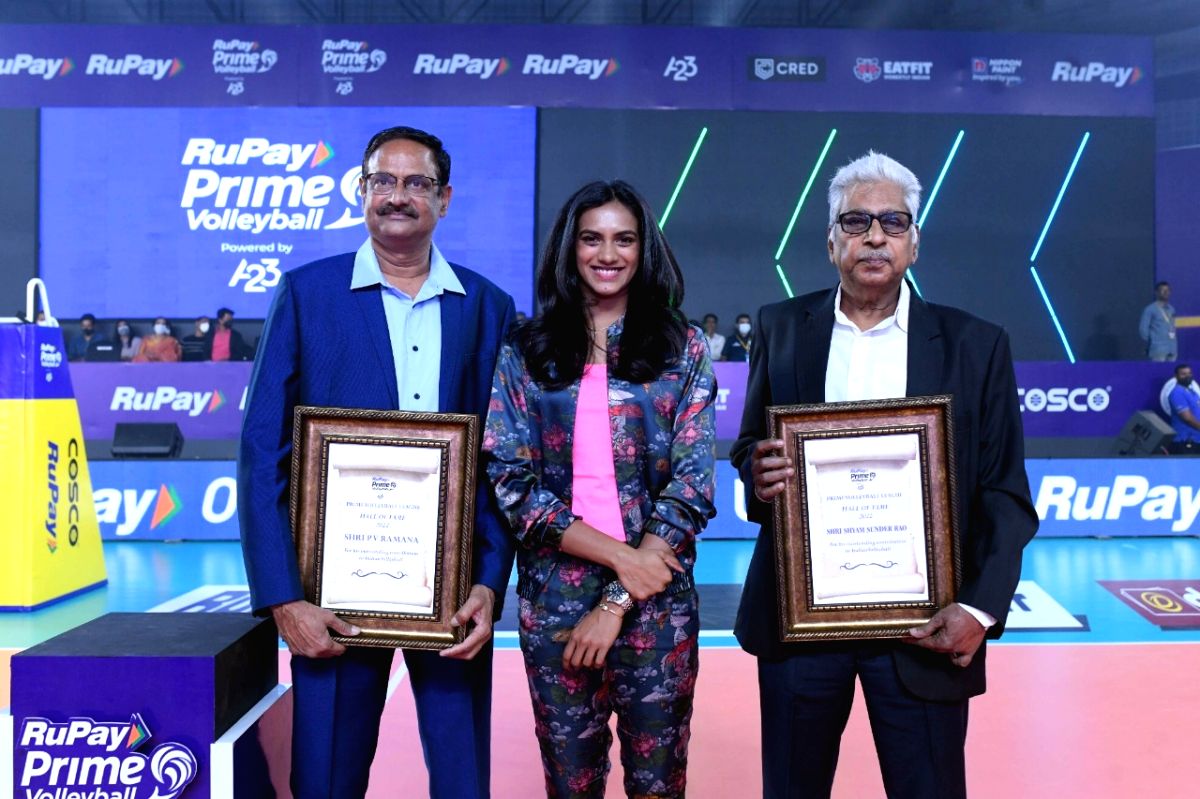 The League honoured two of the greatest Indian volleyball players during the opening ceremony at the Gachibowli Indoor Stadium in Hyderabad.

Seven franchises namely Calicut Heroes, Kochi Blue Spikers, Ahmedabad Defenders, Hyderabad Black Hawks, Chennai Blitz, Bengaluru Torpedoes and Kolkata Thunderbolts will battle it out for the trophy from February 5-27. The competition will be held in a robust bio-bubble and all the safety measures for Covid-19 have been put in place.

The tournament will consist of 24 matches with Hyderabad Black Hawks taking on the Kochi Blue Spikers in the opening match. All the teams will play each of the other teams once before the top four teams qualify for the Semi-Finals. The knockouts will be played on February 24 and 25.