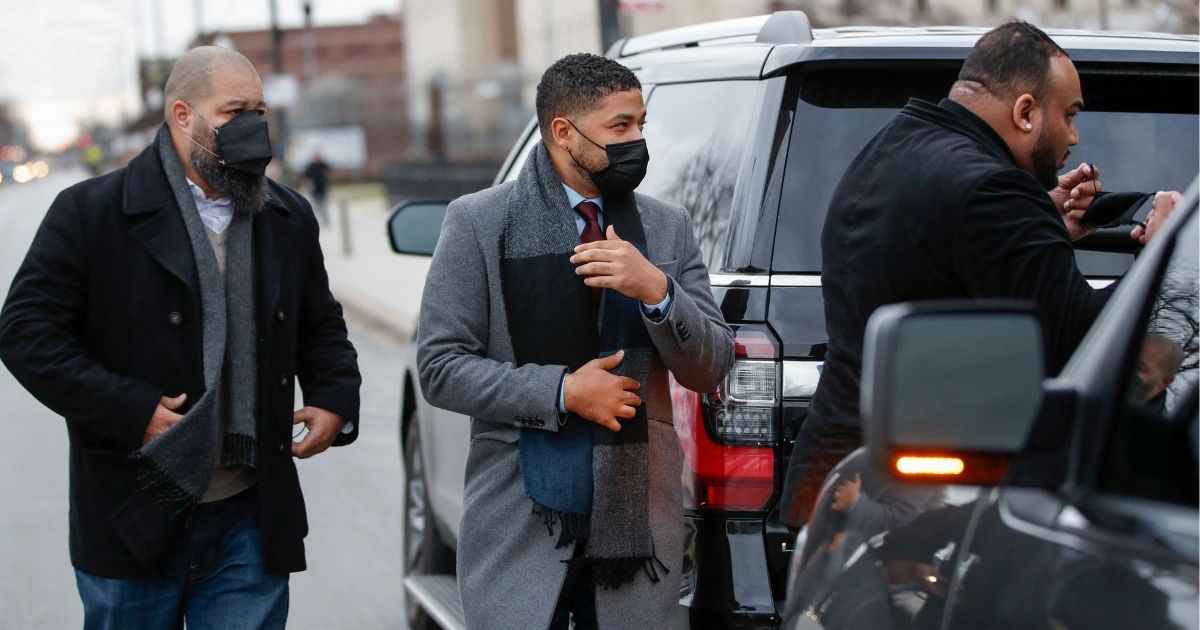 When I first learned back in 2019 that Jussie Smollett, an actor I’d never heard of, had been attacked on the streets of Chicago in the middle of a polar vortex at 2 a.m. by assailants who shouted, “This is MAGA country!” I was a bit … shall we say … skeptical.

Multiple factors made the circumstances seem unbelievable, in no small part because anyone who would declare Chicago’s Streeterville neighborhood to be “MAGA country” would have to be seriously lost, even if they had an otherwise plausible explanation for hunting down black, gay actors to assault in the middle of the night when the temperature had dipped well below freezing.

So, imagine my stoic lack of surprise to find that the Chicago police agreed with me and millions of other Americans who, you know, had their doubts about the veracity of an alleged hate crime that ignited the instant condemnation of well-meaning yet seemingly very gullible figures like Tyler Perry, Cynthia Nixon and now-Vice President Kamala Harris.

Smollett, whose name recognition has certainly increased significantly since the alleged attack, has since been charged with six counts of felony disorderly conduct for, according to prosecutors, each time he filed a false police report about the incident.

While the initial story painted of the alleged attack was that it was perpetrated by two white, pro-Trump homophobes, it wasn’t long before two brothers of Nigerian heritage who were acquainted with Smollett, Olabingo and Abimbola Osundairo, came forward to claim that the actor had hired them to stage the whole thing.

During his own testimony, Smollett said he had had a sexual relationship with Abimbola, but that it seemed like Olabingo didn’t like him. He claimed that he’d given the brothers a check for $3,500 for nutrition and physical training advice, according to The Washington Post.

The Osundairo brothers say the money, along with $100 Smollett gave them to buy a noose and red hats, was to stage the attack.

Although it is at issue whether the Osundairo brothers attacked Smollett at his behest or out of their own volition, there is certainly no denying that the two gentlemen are certainly not white.

Smollett’s defense attorneys say the two men attacked the actor in an effort to scare him into hiring them as security guards and/or to threaten him with blackmail.

As for the question of a security detail for Smollett, it appears he was offered one by the studio that produced the FOX drama “Empire,” in which he starred at the time of the alleged attack … but that Smollett turned it down.

This explosive revelation came from one of the defense’s own witnesses, Brett Mahoney, a former journalist who worked as a producer for “Empire” when Smollett was still a cast member.

Mahoney’s testimony largely disputed claims that the prosecutors have made that Smollett initially sent himself racist hate mail depicting a stick figure being hung and shot, scrawled with the word “MAGA” on Jan. 22, one week before the alleged attack on Jan. 29.

Prosecutors argue that Smollett was displeased with the studio’s reaction to the hate mail and staged the attack to kick the whole hate-hoax thing up a notch, I suppose.

However, while Mahoney painted a picture of a very humble Smollett, who didn’t want any fuss and even complained that he didn’t want the extra security he’d been provided as a result, he may have unwittingly drawn attention to the fact that the actor deliberately avoided having security with him at the time of the Jan. 29 attack.

“Mahoney testified that Smollett did not want a lot of attention to be paid to the hate mail letter,” Fox News reported from the trial. “However, he was immediately given extra security because of it, but the actor repeatedly complained that [the] security was too intrusive and didn’t want them following him home.”

Fox reported that Smollett himself testified that “he did not want ‘Empire’ security following him around because he liked to drive his own vehicle and ‘smoke my blunt’ in his car during lunch.”

What self-respecting actor has time to worry about pesky things like violent, MAGA-hatted racists sending threats or prowling the freezing streets of Chicago when there are lunch-hour blunts to be smoked? Psh.

When Mahoney was cross-examined, Fox noted, “the prosecution noted that the security the actor received was for only three days, and that the protection started six days after the letter was initially received.”

If the letter was received on Jan. 22 and the extra security was set to begin on Jan. 28, it would have presumably been less than 24 hours before Smollett declined to be followed home by the studio’s security detail, so he could smoke blunts and venture out for sandwiches in the middle of the night during a polar vortex.

There are already so many improbable features to this story. What are the odds that Smollett’s turning down security the day before the attack is just another wild coincidence?

Pretty slim, from where I’m standing.