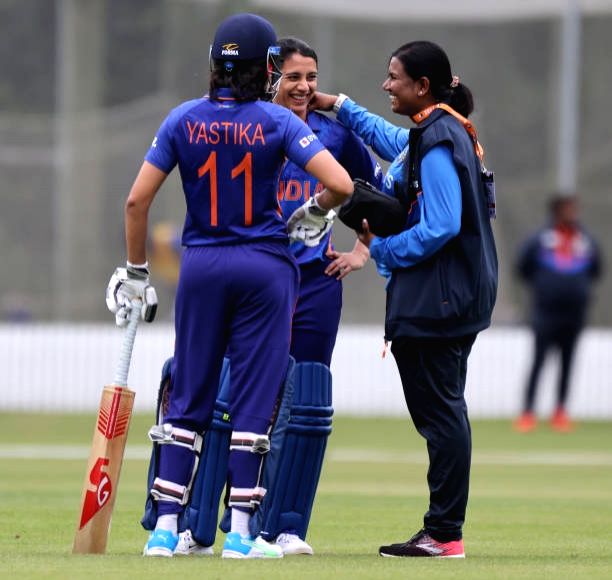 Christchurch, Feb 28 : India opener Smriti Mandhana is stable after being struck on the head in warm-up game of ICC Women’s Cricket World Cup against South Africa, said the Board of Control for Cricket in India (BCCI) on Monday.

On Sunday, Smriti was assessed by the team doctor after taking a blow on the helmet from a Shabnim Ismail bouncer at the Rangiora Oval. She was originally declared fit to continue, only to retire hurt on 12 off 23 deliveries an over-and-a-half later after another consultation.

“Ms Smriti Mandhana sustained a blow to her left ear and lower temple while batting in the warm-up game against South Africa in Rangiora. Smriti was immediately assessed by the match-day doctor who expected a delayed concussion. After further assessment, Smriti was diagnosed with a mild soft tissue injury to her left earlobe which caused discomfort while batting and therefore she had to leave the field retired hurt,” said the BCCI in a statement.

The BCCI further said, “As a safety precaution, she was rested for the rest of the match and is currently under observation. Presently, the opening batter is doing fine and her condition is stable. Her progress will be monitored by the medical team and a decision on her participation in the next match will be taken accordingly.”
Earlier, an update from the website of the International Cricket Council (ICC) said, “Mandhana is in good spirits and will feature in India’s continued preparation for the ICC Women’s Cricket World Cup.”
The ICC women’s Cricket World Cup 2022 begins on March 4 across six venues in New Zealand and the 25-year-old Smriti is integral to India’s hopes of winning the elusive title when they open their campaign against Pakistan on March 6. India have finished runners-up twice in the showpiece event and lost the 2017 edition final to England at Lord’s.

Smriti’s blow did not affect India’s charge in the warm-up game as Harmanpreet Kaur scored a century (103 off 114 deliveries) and top-order batter Yastika Bhatia scored a patient 78-ball 58 to guide the team to 244/9 in their allotted 50 overs. India won the warm-up game by two runs. They will now face the West Indies in their second and final warm-up match at the Rangiora Oval on Tuesday.