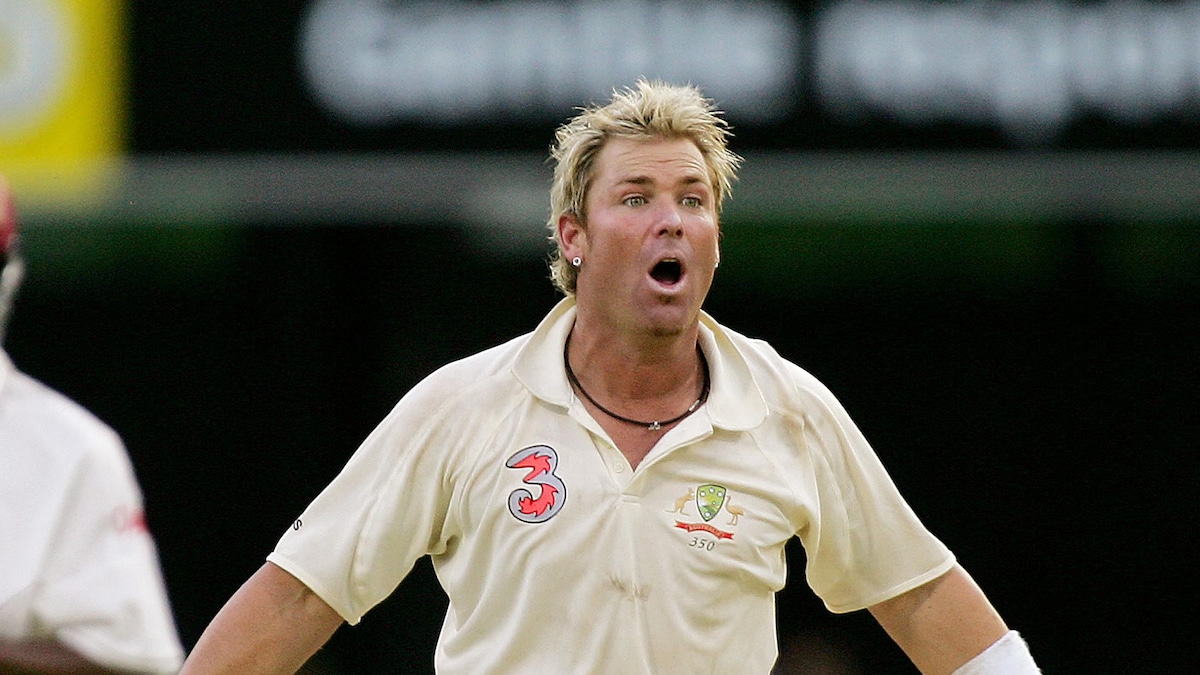 Former India spinner Harbhajan Singh recalled an incident involving the late great Shane Warne, who died earlier this month due to a heart attack. Regarded as one of the greatest to have ever played the game of cricket, Warne inspired a generation of cricketers, including Harbhajan, who got the chance to play against his idol on several occasions. Speaking to former Australia pacer Brett Lee on his podcast, Harbhajan recalled his first interaction with the legendary spinner.

The incident happened during the third and final Test of Australia’s tour of India in Chennai in 2001.

Harbhajan said that he was having a fanboy moment by staring at Warne, who misunderstood the former’s intentions.

“Let me tell you a story which I’ve specially mentioned in my book which is in the process of getting ready. I had met him briefly in the series when I took 32 wickets against Australia in 2001. In the third Test match in Chennai, he was batting with Steve Waugh and was at the non-striker’s end. I was just admiring him while standing at my run-up. And while I was just admiring him and looking at him, he saw me and asked ‘mate, what’s wrong with you? What are you looking at?’ He actually thought that I’m trying to say or do something,” revealed Harbhajan.

However, Harbhajan did clear the misunderstanding by confronting Warne about his feelings of admiration and respect for the latter.

“So, I walked up to him and said ‘look mate, I’m just admiring my hero who is next to me and this was a dream to see you playing live. And I am playing with you so this is a great moment for me. I just wanted to have that moment that I was playing with Shane Warne. He said, ‘thanks mate’ and from that time onwards, we had that bonding. After taking those 32 wickets, he came and congratulated me later and I was just moved when he came and wished me. He said ‘well done mate. You have a long way to go,” he added.

Warne, who died at the age of 52 earlier this month, took 708 wickets in Test cricket. Only Sri Lanka’s Muttiah Muralitharan has taken more wickets (800) than him in the longest format of the game.