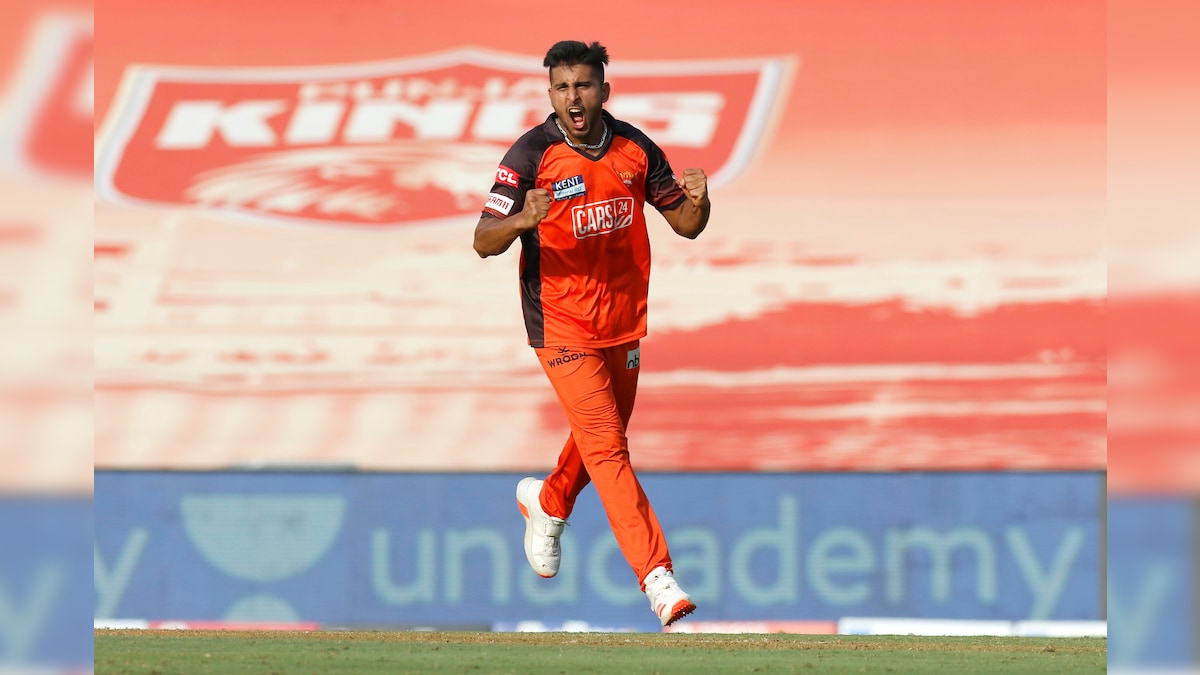 22-year-old SunRisers Hyderabad pacer Umran Malik has impressed one and all with his ability to dish out quick deliveries and he constantly bowls in the range of 145-150kmph. He has left such an impression that several Indian greats have already said that Umran will play for Team India. In the ongoing IPL 2022 season, Malik has picked up 9 wickets in 6 games. In an interaction with NDTV, Umran opened up on his dream of playing for Team India and how bowling fast comes naturally to him.

“Speed comes naturally to me. This year I am trying to work on hitting the right areas. I always used to bowl fast. I am my own role model. When Irfan Pathan came to train us, I used to jump out and I was pretty erratic, I was not able to bowl in one area consistently. But when he came, I began to jump out less and I started getting the right rhythm. I just want to make Jammu and Kashmir proud and I want to make the country proud. I just want to perform well,” Umran Malik told NDTV.

Umran Malik’s delivery to rattle the stumps of Kolkata Knight Riders skipper Shreyas Iyer was talked about a lot within the cricket fraternity. SRH fast-bowling coach Dale Steyn also jumped in delight in the dugout to celebrate the wicket alongside Muttiah Muralitharan.

When asked about his mindset while delivering that perfect yorker, the SRH pacer said: “I saw that Shreyas Iyer was trying to make room and hit a lofted shot. I had two players at the back. It is natural that if I bowled a yorker, either it would have been a dot ball or I would have conceded a single. He made a little extra room, I was about to bowl a normal delivery but I saw the room he had made, so I bowled a yorker. Then he was dismissed and the plan was successful.”

In the last game against Punjab Kings, Umran picked up four wickets and he returned with the figures of 4-28. In the final over of the PBKS innings, Umran Malik went on to take three wickets on his own and one was a run-out, so the over eventually turned out to be a four-wicket maiden.

Talking about the leadership of Kane Williamson, Umran said: “When I bowl, I set my own field. He never says anything, even if I am hit for a four or six, he never says anything. This year, I have two favourite wickets. One is Jos Buttler (Rajasthan Royals) because he had hit me for 20 runs in my first over that I had bowled and the second one is Shreyas Iyer.”

“Every bowler wants to bowl at every situation. I am bowling in the middle overs, someone has to bowl in the middle phase and I am liking that role. I am ready to bowl whenever the team wants me to,” he added.

SunRisers Hyderabad have eight points from six games and will next square off against Royal Challengers Bangalore on Saturday.